Thousands of evangelicals prayed for Spain

“Spain, we pray for you”, believers said in a march through Madrid. Churches of many denominations gathered in other 15 cities. 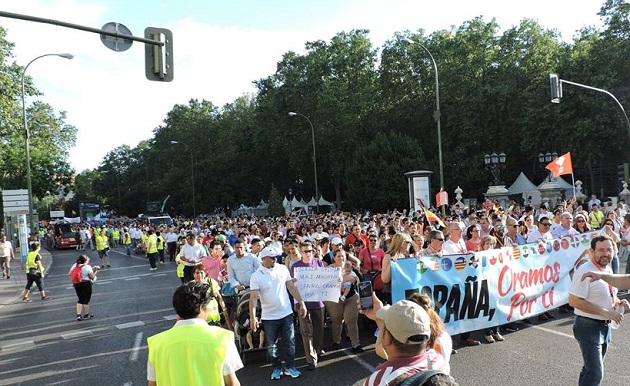 The beginning of the 'Spain, we pray for you' march in Madrid, June 11. / Actualidad Evangélica

At least 5,000 evangelical Christians took part in a national day of prayer for Spain on June 11. Churches took the streets in more than 15 cities to proclaim their trust in Jesus Christ.

Hundreds joined regional meetings, some of them in the open air, others in church buildings. 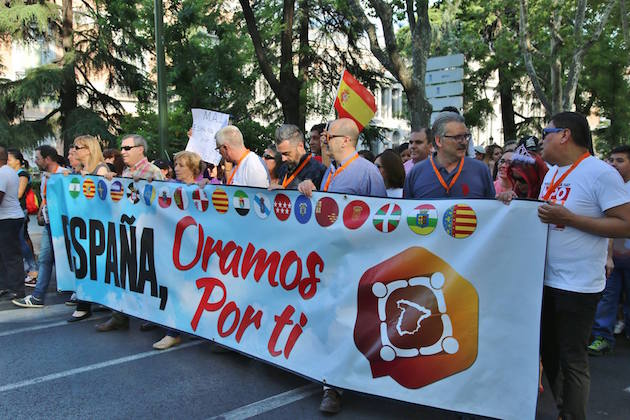 The colourful march in Madrid was the one that attracted most people. It started at 7 p.m. near the main train station of Atocha and finished in front of the City Council building.

During the march, many banners were shown expressing prayers in favour of the country. The main placard read: “Spain, we pray for you.”

A giant map of Spain was laid out to pray for the 52 provinces and the current challenges in each of them. In front of a small platform, the gathered sang praise songs together.

Some evangelical pastors led prayers about specific topics: the authorities in power and political parties, the state of the families, the economy, terrorism, corruption, etc. 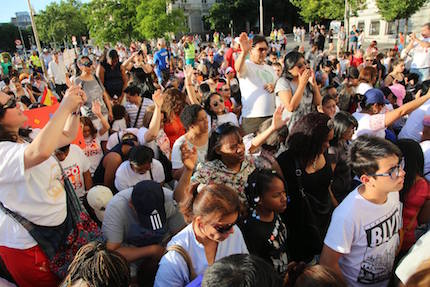 AN EVENT WHICH INCLUDES ALL DENOMINATIONS

This annual initiative was started in 2007 with the aim to mobilise all evangelical denominations to pray together in public.

To show this unity in prayer across the country, a simultaneous connection with 4 cities was made from Madrid. 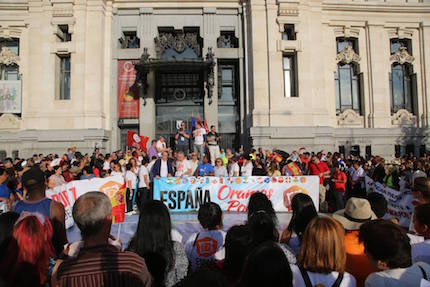 The gathering closed at 9 p.m., although many people with the specially designed t-shirts were still seen later in the centre of Madrid.

PRAYER JUST BEFORE THE ELECTION

This year’s united prayer happened just two weeks before Spain’s second national parliamentary election. The result of the December vote brought to a new fragmented scenario in which the 4 main political parties were not capable of forming a government.

Therefore, the believers used the prayer day to ask for God’s guidance in the new election, which will be held on June, 26. 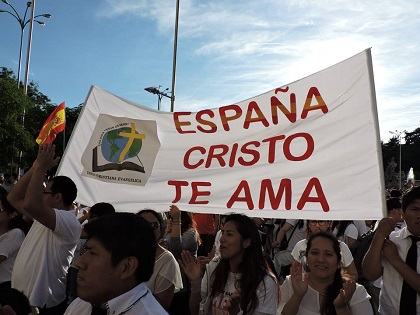 In the morning, a Prayer Breakfast was also organised in a hotel of Madrid. Around 70 evangelical leaders from diverse denominations, ministries and regional councils in the country participated in an event in which representatives of political parties and government were also invited. Prayers were lifted for them, both for their public work and for their personal life.

Each of the participants also were given a Reformation Anniversary commemorative Bible.