‘When it happened, I was in the centre of Barcelona praying for the city’

Two evangelical Christians were near the Ramblas when the terrorist attack happened. “The people were running and shouting”.

Hundreds took the streets in Barcelona on Friday after the terrorist attack. / EP

In the first moments of confusion after the terrorist attack that killed 13 people in Barcelona, police officers asked everyone to leave the streets.

As injured people were treated by emergency teams, a manhunt began to find the suspect. For several hours, many found refuge in restaurants, shops and hotels.

“After 5p.m. a colleague called us to our Balmes Street office, from the Ramblas, saying we should close the shop. There, people were running and shouting, he did not know what was happening”, Mónica Muñoz told Evangelical Focus. 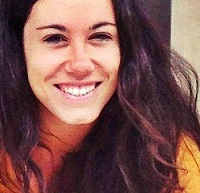 Mónica was at her workplace in the city centre. “As I was speaking to the colleague on the phone, we started to see people coming towards our direction from Bergara and Pelayo Streets, they were very nervous”. Later, “after talking to our manager, we closed the doors”.

“While listening to the radio, the police came and told us that we should not leave the building nor get out on the street until they gave us permission to do so”. At that time, “20 tourists where sheltering” in her colleague’s shop at La Rambla.

3 hours later, she and others were allowed to leave the building to go back home. “The centre of the city was all closed down and deserted, seeing Barcelona like that made a big impression on me”. Public transportation was not working, and “it was difficult to find a taxi, all were taken, people wanted to leave the city”.

“Personally, there were moment in which I felt scared”, explains Mónica, who is an evangelical Christian. “I received many messages from friends and family asking if I was ok, and they were telling me that they were praying for me and the whole situation, while waiting the news on television from home. At all time I was aware of these prayers”.

“I THANK GOD FOR HIS PROTECTION”

Irene Rodríguez was also near the Ramblas when the terrorist attack happened.

“At 4,50 pm I was in the Town Hall square of Barcelona, about 600 meters away from the Rambla, and walking towards the Santa Maria del Mar church”, a popular historic Catholic church. 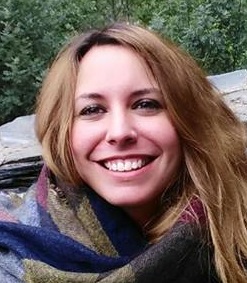 “When it happened I was inside the Basilica church, at the moment a friend and I were just praying for Barcelona, the church God has here in Catalonia and in Spain”, Irene explains. “Then, at 5:30pm we walked down towards the sea, in the opposite direction, although we had first thought of walking to the Ramblas”.

As everybody else in the centre, Irene tried to understand the chaos, “we were uncertain about what was happening, because there were ambulance, police, helicopters”.

“Now, at home, I thank God for his protection”, Irene wrote on her Facebook profile. “And I mainly pray that He gives strength to the hearts, faith and spirit of His sons and daughters, to speak out about the salvation that is in Him”.

“We Christians should not be quiet about the gospel. The Lord says in Psalm 30:10-12: ‘Hear, Lord, and be merciful to me; Lord, be my help.’ And then: ‘You turned my wailing into dancing; you removed my sackcloth and clothed me with joy, that my heart may sing your praises and not be silent. Lord my God, I will praise you for ever’”.

Read more reactions to the terrorist attack by Christians in Spain

Published in: Evangelical Focus - cities - ‘When it happened, I was in the centre of Barcelona praying for the city’