The city of Terrassa dedicates a square to pastor Samuel Vila and his wife, highlighting his theological, literary, editorial and social work and their defense of religious freedom. 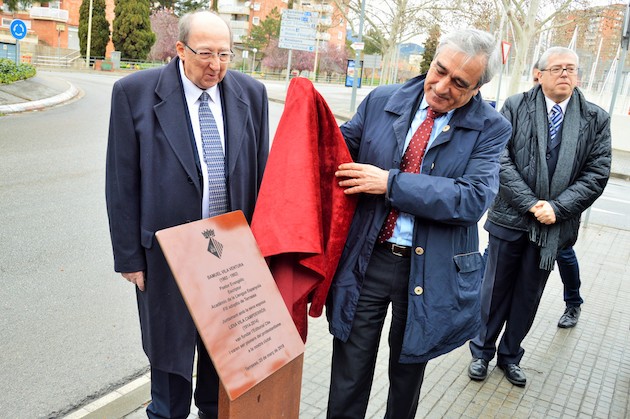 For centuries, Spain was a Catholic country where the Protestant churches were silenced and even persecuted.

Many still have a lack of knowledge about who evangelical Christians are and what they believe, but that is starting to change. Today the Spanish evangelical community is more present in the public arena and the media.

The celebrations of the 500th anniversary of the Reformation were an opportunity for the Spanish evangelicals to show what they do, and to open new ways of collaboration with public authorities.

National and regional politicians recognised the ‘crucial role’ of evangelicals in the advance of freedoms in Spain, and their work helping those in need and social exclusion throughout the country.

During 2017, many local and regional authorities had institutional meetings with evangelical leaders. Mayors praised the social action carried out by associations led by evangelical Christians and their churches.

One of the last recognitions to Spanish evangelicals has taken place in Terrassa (Catalonia). The city council paid tribute to Samuel Vila, and his wife Lidia, dedicating a square of the city to them on Sunday 25 March.

Samuel and Lidia were one of the main foundations of the evangelical church in Spain during the 20th century for their pastoral, literary, pulishing and social work, and for the defense of religious freedom in times of the Franco dictatorship.

A few meters from the Evangelical United Church of Terrassa (Unida), which is part of Vila´s legacy, the mayor of the city, Alfredo Vega, presented a plaque with a brief review of his work, which will give the square its name.

the Mayor was accompanied by Eliseo Vila, son of the Samuel and Lidia, and the current president of the Christian publishing house Clie, as welll as by pastor of the Unida, Andreu Dionís. 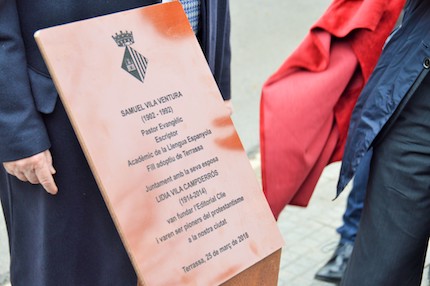 Eliseo Vila reviewed the life of his parents and remarked that at a time when Terrassa was unknown, the Vila family carried the name of the city all over the world. Both for his extensive literary work, as for the publishing activity, but also for the intense work that pastor Vila developed in favor of freedom of speech and religious freedom.

Samuel spoke to heads of state and ministers, exchanged letters with Spanish dictator General Franco, and participated many international forums to denounce the lack of freedom of the evangelical people.

“AN ACT OF JUSTICE”

The mayor of the city recognized that throughout the forty years of democracy, Terrassa has paid tribute to politicians, trade unionists, activists or other people who in their time fought for freedom and democracy in times of dictatorship; but never to a religious person, so that the tribute was “an act of justice”.

Vega emphasised that their values and convictions led the Vila family to do all their work from Terrassa. For this reason, it was necessary to honor them with “the greatest honor that a city can give, which is to give the name of a public space”.

The event was also attended by Daniel Rodríguez, President of the Spanish Federation of Evangelical Entities (FEREDE), who highlighted the recognition of the Spanish writer throughout Spanish-speaking America.

After the tribute, there was a baptism service in the church premises, which was attended by the mayor and some councilors of the city.

“ONE OF THE MOST DANGEROUS AGITATORS”

Samuel Vila, born in Rubí (Barcelona) in 1902 in a Protestant family, has been one of the most important figures of Spanish Protestantism during much of the twentieth century. 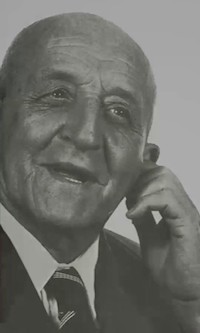 His legacy is extensive, but one of the most relevant events is the foundation of the Clie publishing house in Terrassa in 1924, as well as the evangelical church of the Catalan city. Beyond his editorial work, Vila helped to found 52 churches throughout Spain with the Spanish Christian Mission.

The dictatorship considered him "one of the most dangerous agitators in Spain”.

Along with his friend and collaborator José Cardona, then secretary of the Baptist Union, Vila facedgovernors, opened places of worship, published books and magazines in hiding, and spoke before the British Parliament in defense of the religious freedom in Spain.

In all this work, he was always accompanied by his wife Lidia, who died in 2014 aged 100. Editor, translator, teacher, musician and preacher, her work was fundamental in putting the foundations of the evangelical faith in Spain during the Franco dictatorship.