Overcoming Covid-19 and growing in faith: the experience of two evangelical authors

In their books, Jorge Fernández and Jaime Fernández send words of encouragement to all those fighting for their lives in an era of pandemic and euthanasia. 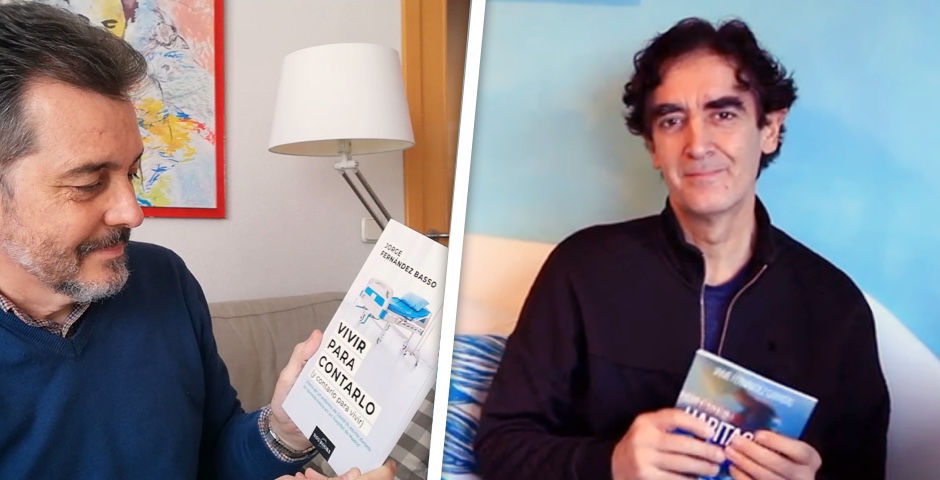 Jorge Fernández and Jaime Fernández share their experiences with having Covid-19.

Around the world, millions of people continue to suffer from the attacks of Covid-19 and other diseases. Spanish news website Protestante Digital spoke with Jorge Fernández Basso and Jaime Fernández Garrido, both survivors of the pandemic who have just published their experiences with the virus and how they were treated by God during the process.

Living to tell (and telling to live)

Jorge Fernández Basso is currently a pastor and the media adviser of the Federation of Evangelical Religious Entities of Spain. “Vivir para contarlo y contarlo para vivir” (Living to tell and telling to live, Noubooks) is the title of his book in which he uses a Spanish play on words to show how to find relief in the midst of adversity. 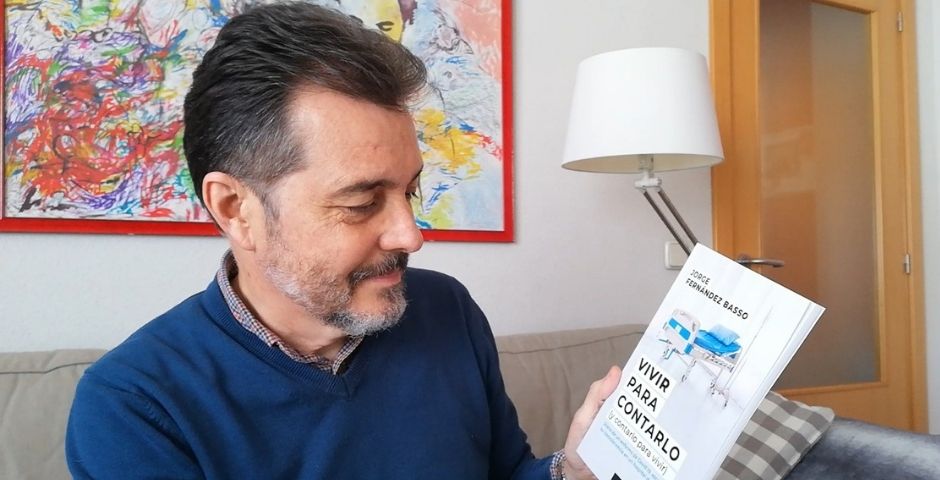 Jorge Fernández Basso, with a copy of his book.

“This book is a compilation of my experiences and reflections during illness. On Whatsapp, I shared with family and friends how God was treating me at each stage of the illness. I never thought of publishing anything, but many encouraged me to do so because the messages sent during those dates served, without my knowing it, to give strength to others”, explains Fernández Basso.

The author explains more: “Every time I wrote it was just me, without filters. It was like a kind of therapy. I have been walking with Jesus for a long time now, but I have never had a health crisis as serious as this. I saw people dying with diagnoses similar to mine”.

On January 28, 2021, Fernández Basso was diagnosed with Covid-19, bilateral pneumonia with a predominance in the right hemithorax and hypoxemia and had to be treated in various places due to the hospital collapse caused by the third wave of the pandemic in Spain.

According to figures recently published through the social media profiles of the Ministry of Health, more than 3,300,000 people have been diagnosed with this disease in Spain and more than 75,000 have died.

“Many people whom I respect insisted that I should publish my experience, even non-believing friends commented that they were impacted by what I had written and that they were helpful to them in the midst of these circumstances”, Jorge said, showing how “God is available to everyone who will believe”.

Protestante Digital also interviewed Jaime Fernández Garrido, author of the book “Desde mi habitación” (From my bedroom, Abba). The writer of a weekly Evangelical Focus column on sports and faith and director of the regional television program “Nacer de novo” (To Be Born Again in the Galician language) entered the emergency room in March 2020 with a serious pneumonia that was complicated by Covid-19. “I felt that I had been beaten up, I couldn’t even pick up my phone to read my Bible, it fell out of my hands”, says Jaime. 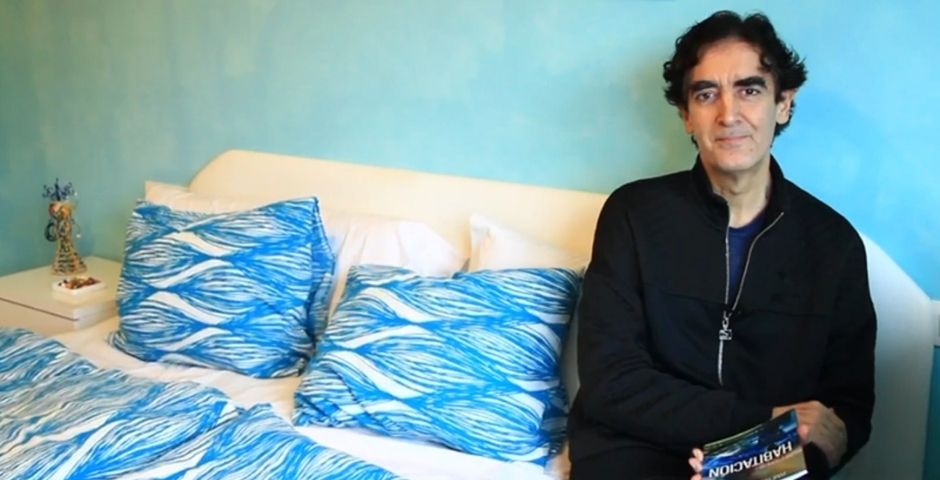 Jaime Fernández, in a video presentation of his book, from "his bedroom".

“Desde mi habitación” was released in January 2021, but since March it has also been available in English and Portuguese. Fernández Garrido says he is amazed by how God is using these pages to encourage, not only those affected by the virus, but also those suffering from other serious diseases.

“In the book, all I try to do is make people realize how God is still there, even when we feel alone. That is always positive, especially at times when the disease attacks in a very cruel way”, he says.

The authors explain that fighting and resting go hand in hand because the two actions must be done with God. Jaime Fernández Garrido explains that “the strength that God gives you to fight against illness is key and in the Bible there are many examples of this”.

Jorge Fernández Basso comments about how he surrendered to the Lord and also allowed himself to be helped by the doctors by following their recommendations to the letter, no matter how uncomfortable it was. “Letting yourself be pricked over and over again, or eating without hunger, for example”.

Euthanasia is not an option

The message of these books is aimed at valuing life, even in the most difficult moments. When asked about the recent approval of euthanasia in Spain, both authors state that it is not an option for them.

“I believe that God is the one who gives and takes life”, says Jorge Fernández, that is why euthanasia is not an option for me. “In a society that is not moved by religious values, I understand that in some extremes this measure is considered. It is a very complicated situation from an ethical point of view”

For his part, Jaime Fernández Garrido emphasizes: “If you disappear from this life, the world will not be the same. A relative on my wife’s side of the family had a very serious illness and spent many days in a coma, but then she woke up and now she is alive. She has children and has helped many people”.

Jorge says that if there is a demand from the hospital chaplains, he would speak with the publisher to offer his book so that it could be distributed to patients in health centers and nursing homes.

As for Jaime’s next projects, he says that after Spanish, English and Portuguese, and Italian version of “From my bedroom” should be published in June. He is also working on a new literary work called “Detrás de cada puerta” (Behind every door) on science and faith.