Tourists will be able to visit the 1,700-year old basilica, submerged in the Iznik lake. 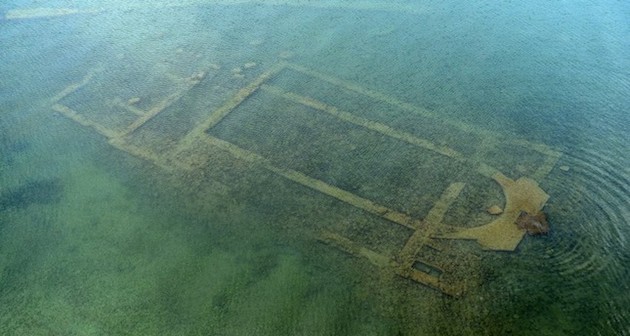 The basilica under the water is 1,700 years old. / Photo: Daily Sabah

A team of archaeologists working in the city of Iznik (the old Nicaea, in Turkey), found something unexpected as they examined aerial photographies. In the lake of the region, they could see the structure of what once was a big Christian basilica.

Mustafa Sahin, head of archaeology of the Bursa Uludag University, said the church was an unexpected and surprising finding. “I was doing field surveys in Iznik [since 2006], and I hadn’t discovered such a magnificent structure like that”, he told LiveScience.

According to the archaeologists, an earthquake in 740 destroyed the temple. The remains now rest about three metres under water and 50 metres away from the shore.

The submarine explorations have helped find tombs with coins of the reigns of Roman emperors Valente (364-378) and Valentiniano II (375-392).

The Daily Mail quoted Sahin saying this temple could have been the place where the Council of Nicaea happened. During this theological gathering in 325, the heresy known as Arrianism was refuted, and the eternal nature of God the Son was affirmed.

A SUBMARINE MUSEUM AND TOWER

Local authorities expressed their enthusiasm about the discovery. The metropolitan Mayor, Alinur Aktas, said the submarine archaeological museum of Turkey will be built around the basilica, and will be accessible for tourists. 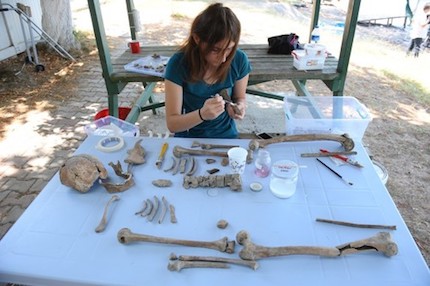 A tower of 20 metres of height will be built near the basilica, and the discoveries of the excavation will be exhibited in the museum. “The tower will offer visitors the chance to view the area during the day and night. When the construction of the museum is complete, it will make a great contribution to tourism”, Aktas said.

The mayor added: “By establishing an underwater archaeological museum, we will be both making a first in Turkey and providing a historical viewing area of a site that stretches back centuries. There will be professional diving courses offered as part of the project. Those who are interested in diving can come and take courses, and later dive to the excavation site. It’s a versatile project in every respect. We are looking forward to getting started”.

TURKEY, A LAND OF THE BIBLE

After Israel, Turkey probably is the country with most archaeological remains that relate back to the Bible and Christianity. The expansion of the Early Church in the first centuries mainly happened in Anatolia, what now is Turkey.

Pastor Marc Madrigal, based in Turkey, has written several articles on archaeology for Evangelical Focus.

Published in: Evangelical Focus - culture - Underwater museum to be built around temple that could have hosted the Nicaea Council