The evangelical party Christen Unie retains the 5 seats they had in the country’s parliament. 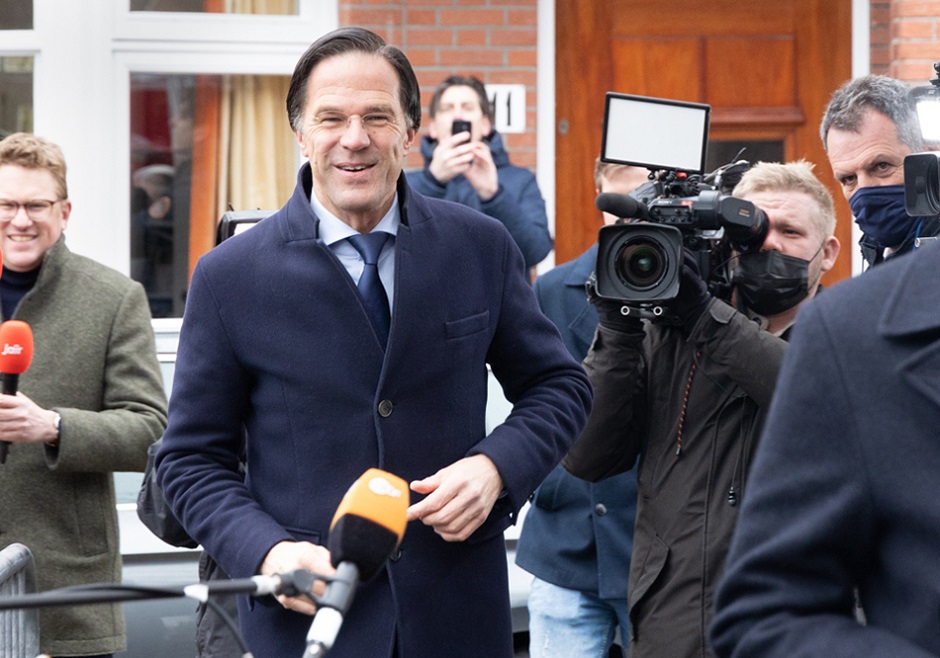 The Dutch voted for three days in an atypical parliamentary election marked by the Covid-19 crisis and a high turnout (82%).

Preliminary results showed that VVD, the centre-right party of Prime Minister Mark Rutte won the election with a 22% of the vote, getting 35 of the 150 seats in the national parliament (2 more than in 2017).

Rutte is expected to be able to form a coalition government and will so become the longest-serving Prime Minister in the history of the Netherlands. He has been in office for over a decade already.

The other winners of the election are the liberals of Democrats 66, which came second with 24 seats, 5 more. The right-wing populist Party For Freedom lost three seats and came third, but two other Eurosceptic groups gained 10 further seats. On the other side of the political spectrum, left wing parties suffered strong losses.

The 2021 election has led to an even more fragmented parliament, with as many as 17 different groups represented.

At least 16,000 people have died of Covid-19 in the Netherlands. Anti-lockdown protests in the country have turned violent in the last weeks, and the restrictions have been a much debated issue. 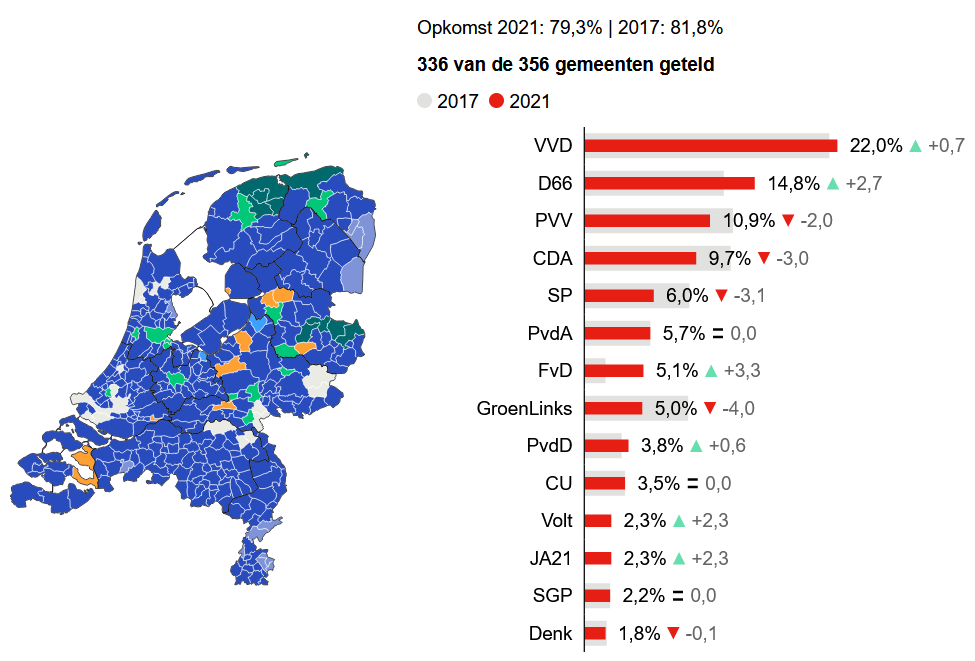 Percentage of vote in the 2021 Dutch parliamentary election. / NOS

The Netherlands has a long tradition of Christian involvement in politics.

The largest pof these parties, the Christian Democratic Appeal, got around 9% of the vote and 15 seats, 4 less than in 2017.

The evangelical party Christen Unie had the same support as four years agos, with a 3.5% of the vote and 5 seats. The other conservative Protestant group, the Reformed Political Party, also kept its 3 seats.