Spain is still coming to terms with the dictator’s legacy. “Our parents and grandparents resisted the political persecution and harassment”, recall evangelicals. Many were incarcereted. 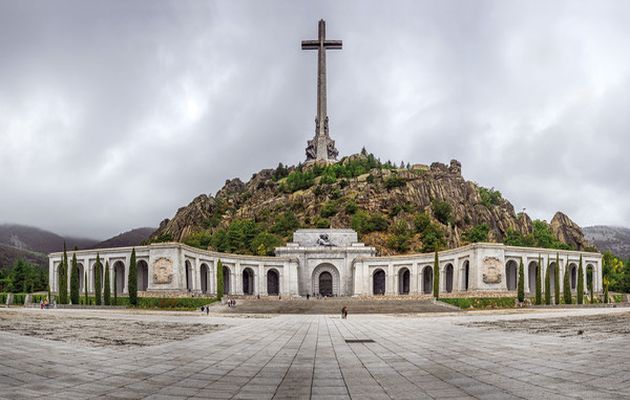 Valley of the Fallen, the grave of Franco in Madrid.

November 20 marks exactly 40 years since Francisco Franco died. In bed, with no strong opposition. In this time, Spain has transformed itself into a dynamic and modern nation, but its former dictator has remained a provocative figure whose legacy continues to divide Spaniards and confound their leaders. Evangelical Christians recall the times of hardship under the so-called National Catholicism.

Franco lead the 1936 rebellion against a leftist republican government, unleashing three years of civil war, before governing for 36 years with a repressive right-wing ideology. 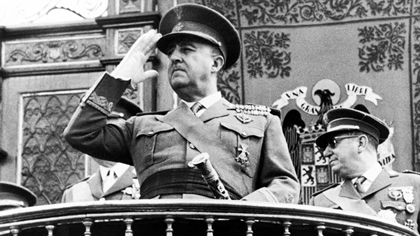 British biographer Paul Preston estimates the dictator was responsible for the killings of upwards of 150,000 people, who were then buried in unmarked graves, during the war and in the years that followed.

After Franco died in 1975, Spain's transition to democracy included an agreement among political parties to put the war and the Franco era behind them in the interest of unity and rebuilding.

Both sides in the conflict: Franco's Nationalists, and the Republicans of the leftist government he ousted committed atrocities, but under a 1977 amnesty, no war crimes trials were held.

Those years of accelerated political and social change became known as “la Transición” (The transition). These years of agreements were lauded around the world,  showing how a country could emerge from dictatorial rule and transform itself into a modern state in a consensual and relatively peaceful way.

The dictator appointed young Prince Juan Carlos as his successor, but the new monarch set about creating a parliamentary system that included the legalisation of political parties and a new constitution, approved in 1978 by referendum.

From then on, Spain has become a solid democracy, well settled internationally, but facing now other challenges, like unemployment, education, corruption, and internal debates about national identity.

In 2007, the Socialist government introduced the country’s first historical memory law. The law aimed to remove Francoist monuments and symbols from public places and made it easier to locate and exhume the remains of the estimated 114,000 people who disappeared during the civil war and the dictatorship.

However, there are still streets and public places in Spain bearing the names of those associated directly with the Franco regime, or that recall the date of the uprising on July 18, 1936; commemorate battles. There are still controversies around the dictator’s grave in the Valley of the Fallen, in an imposing complex carved into the granite mountains near Madrid.

In early December, the Francisco Franco Foundation, which celebrates the dictator’s life and work, will hold a dinner to highlight the achievements of Franco’s long rule. In the coming days, there will be at least 16 Masses held in honour of Franco throughout Spain.

At the same time, last September a local court agreed for the first time ever to hear a legal challenge launched against the Valley of the Fallen, by descendants of victims wishing their relatives’ bodies be removed from the complex.

Additionally, this year the state-funded Royal Academy of History officially defined Franco as a dictator. 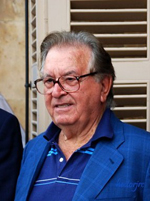 During Franco´s dictatorship, National Catholicism was the only authorised religion. Confessing any other faith was dangerous and a reason to be incarcerated or even executed.

In fact, as pastor and author Juan Antonio Monroy explains, many Spanish Protestants were incarcerated, beginning with Franco's victory and until the late sixties. Most of them were brought to the courts by Catholic priests.

In 1965, Monroy recalls, private Protestant meetings to pray, sing and study the Bible were approved. But the meetings were onlylegal if there were less than 20 people. Christians were were fined and even incarcereted. In the public spaces, only Catholic ceremonies were allowed.

X. Manuel Suárez, Vice President of the Spanish Evangelical Alliance, remembers how “our parents and grandparents resisted the political persecution and harassment, with undoubted courage, in the rural and urban congregations.”

But the discrimination was not only political, Suárez says Spanish Protestants also suffered “social isolation in the workplace and schools, or the closing of places where they gathered to worship.”

But even after Franco´s death, in the early years of the transition, it was not easy to be Protestant in Spain.

Pedro Tarquis, Director of Evangelical Focus and Protestante Digital, recalls his conversion in 1978. “I realised the lack of religious liberty. I felt 'normal' as a doctor, but 'strange' and 'suspicious of belonging to a cult' when I said I was evangelical or Protestant.”

“WE DID NOT TAKE ADVANTAGE OF THE OPPORTUNITY”

Suárez laments that, when the democracy came “the door was opened for us, but we were unable to understand that we had a crucial message for the society, ignoring that Western democracy was built upon the Protestant thinking and values.”

“We should have brought our voice to the political arena, to give principles to the new born democracy, but we did not dare to do it, we had the complex of a minority and were content with just being tolerated”, he adds.

Even inside the church “those who participated in political initiatives were frown upon”, Suarez comments. 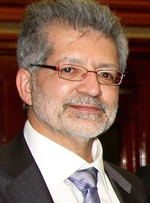 Social isolation was the reason why Tarquis “started my first steps in the media, writing letters to newspaper directors, participating in radio programs, and, later on, creating Protestante Digital and Evangelical Focus.”

Spain is experiencing many changes and facing new challenges. This is why the Vice President of the Spanish Evangelical Alliance believes that Spanish evangelicals “should take a step, because we have a significant political message that no other group can offer.”