Thousands joined March For Life in Germany and Switzerland

“Abortion should never be a human right”, one speaker said. Counter-protests organised by far-left groups tried to disrupt the march in both countries. 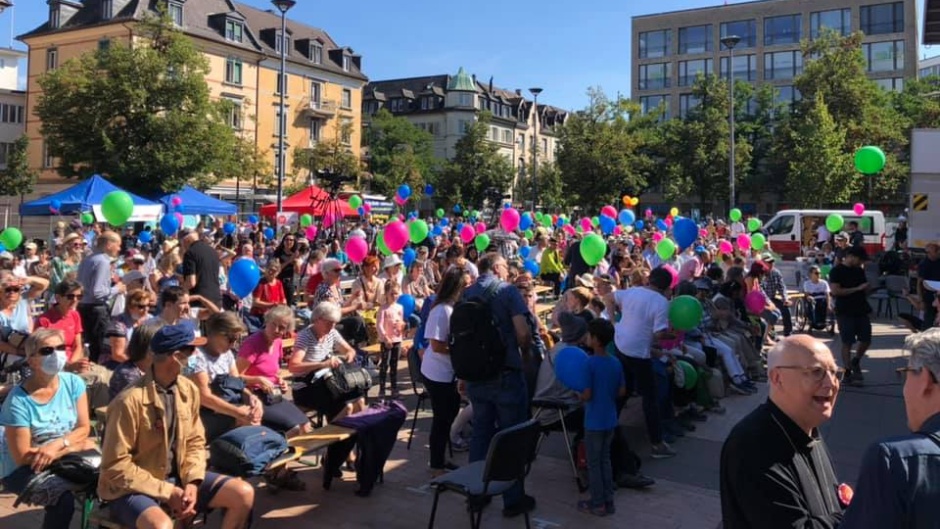 Abuot 1,400 joined the Swiss March For Life in Zürich, despite the opposition of radicals. / Photo: Marsch fürs Läbe website.

Around 4,500 people joined the March For Life in Berlin on 18 September, the organisers said.

In this 17th edition, demonstrators gathered in front of the Brandenburg Door, in the centre of Germany’s capital city. The event took place just one week ahead of the federal election.

Both Catholic and Orthodox leaders addressed the crowd with messages about the respect of human dignity and the protection of life. Free evangelical denominations and organisations sent messages supporting the march, including the German Evangelical Alliance.

“All children are made in the image of God”, one speaker said. Another added that “the killing of children should never become a human right”, in reference to this year’s approval in the European Parliament of the known as Matic report. 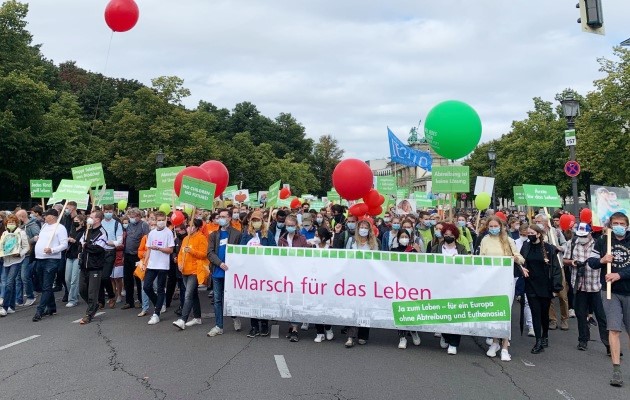 Additionally, a minute of silence was held in remembrance of the unborn children in Germany.

According to German magazine Pro Medien Magazin, counter-protesters used loud music to disrupt the event, although there were no violent incidents. They showed sign supporting free abortion and the rights of transexuals.

Also on 18 September, a March For Life was also organised in Switzerland. About 1,400 people gathered in Zürich. The start of the walk was delayed due to the barricades set up by far-left extremists. According to Swiss news website Livenet, the night before, radical groups attacked with paint the offices of the Swiss Evangelical Alliance, the Alliance Pro Life, and the Foundation Future CH.

Throughout the one-hour march, worship music was played and color balloons were waved. This year’s focus of the Swiss march was to “draw awareness to the important issue of teenage pregnancies”. Young women shared their experiences with early pregnancies and the pressure they felt in regard to abortion.

Sone politicians and leaders of Protestant and evangelical organisations briefly addressed the participants.