Despite her past stand against abortion, Roberta Metsola told reporters after being elected that her position on abortion will be “that of the European Parliament”. 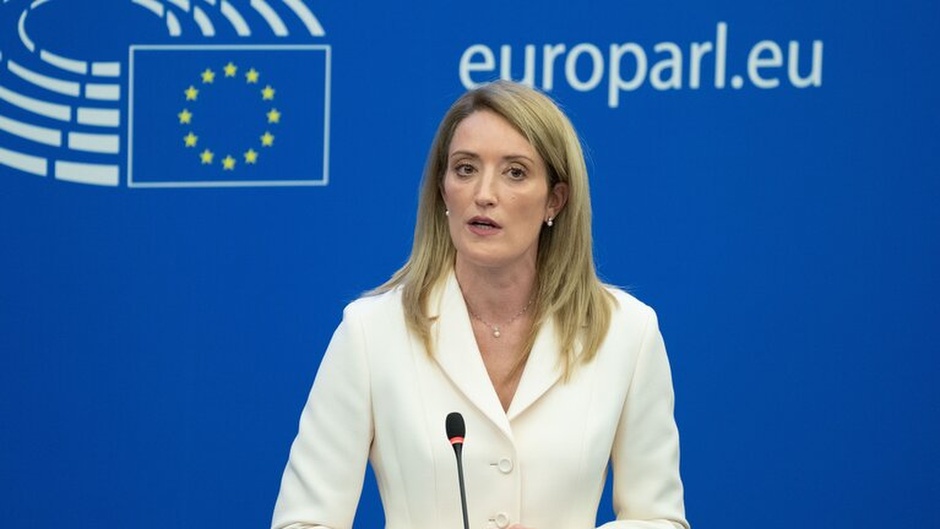 European People's Party Group (EPP) member, Roberta Metsola, from Malta, has been elected as President of the European Parliament, with 458 votes in the first round.

She earned more votes than the Green party candidate Alice Kuhnke (Sweden) with 101 votes, and The Left party Sira Rego (Spain), with 57 votes.

President Metsola will lead the Parliament in the second half of the current legislative term. A new Parliament is going to be constituted following the 2024 European elections.

Born in Malta in 1979, Metsola has been an MEP since 2013 and is the youngest European Parliament ever elected.

She became First Vice-President in November 2020, and was the Parliament’s acting President after Italian President Davide Sassoli died on 11 January.

The Maltese politician is only the third woman at the head of the European Parliament, after her French predecessors Simone Veil and Nicole Fontaine.

“My position on abortion is that of the European Parliament”

Due to her past as a pro-life defender, Metsola faced repeated questions about her position on abortion and women sexual rights during her first press conference as head of EU Parliament.

She told reporters that the EU position on abortion “is unambiguous and unequivocal”, and her own position “will be that of the European Parliament that I now represent. I will promote it inside and outside this Chamber”, she added.

“I will do what I did as Vice President when I presented to the Polish senate a resolution passed on abortion law in Poland. (...) I presented it as the position of [European] parliament”, added Metsola.

She stressed that her past votes on that issue “referred to positions of a national character. I will no longer vote on issues such as abortion. The EU Parliament has always wanted these rights to be better protected. This is the position of the classroom, and I am committed to everyone in this regard”.

As a conservative lawmaker from Malta, a country where abortion is still illegal in all cases, her track record of voting against abortion legislation was criticised by pro-abortion polticians.

Last June, Metsola was among a minority of MEPs who voted against a non-legislative report calling for universal access to safe and legal abortion across the EU, known as Matic report .

The New President then explained that “the report did not respect Malta’s right to legislate itself on this issue and therefore I could not support the final version of it”.

Furthermore, in 2015, regarding another non-legislative EU report on equality between women and men which stated that “women should have 'ready access to abortion'”, Metsola, along with Maltese  MEPs David Casa and Therese Comodini Cachia, issued a statement against it.

“We fully support gender equality and we are committed to achieving this goal. However, we remain categorically against abortion. It is regrettable that a report that analyses the situation of gender equality was hijacked to include unacceptable references to abortion”, they pointed out.

Published in: Evangelical Focus - europe - New President of the EU Parliament under pressure for her pro-life views