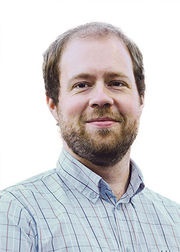 Published in: Evangelical Focus - europe - Norwegian Christians “happy” for Bodnariu but “disappointed” after harsh criticism of the country