The Security Council of the Russian Federation uses the war to justify further restrictions of religious freedom whenever “religious dogmas are used for negative purposes”. 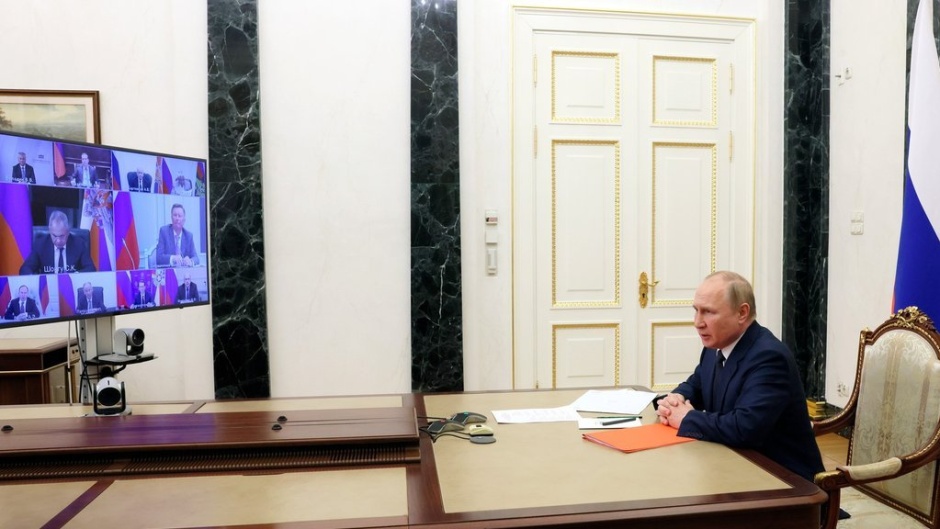 President of Russia, Vladimir Putin, in an image distributed by the Security Council of the Russian Federation. / Photo: SCRF.

The Security Council of the Russian Federation, a body composed by the President of the country and other top ministers and officials, has recommended new measures against national or foreign religious associations whose ideas have a “negative impact on the country’s defence and security”.

In a meeting of the Council on 12 July, “evidence of the negative influence on the situation in the country of some foreign and Russian organizations” was presented, a press release said. According to the Security Council, these groups are “carrying out their destructive activities under the guise of humanitarian, educational, cultural, national and religious projects”.

This influential institution led by Russia’s President Vladimir Putin and the Vice President of the Council Dmitri Medvedev, says it is a duty of the Russian institutions to “neutralise internal threats to national security”.

Any kind of “permissiveness” with “the use of religious dogmas for negative purposes, generating religious extremism” should end, the Security Council agreed in the meeting.

Its members “considered a number of measures aimed at countering religious radicalism” in Russia. One of the priorities, they said, is “to intensify work to identify mechanisms for foreign states to use the activities of religious associations to interfere in the internal affairs of our country”, the Council stated.

Human rights groups have been warning that religious freedom and freedom of worship have been restricted by the Russian authorities in the last year.

The known as Yarovaya Laws in 2016 were a turning point that banned activities of minority faith groups like evangelical churches.

Other groups such as the Jehova’s Witnesses have been illegalised after being labelled as “extremists”. Mormons have also been detained and deported.

Evangelicals and others against the war

In March, some evangelical leaders like the head of the Russian Evangelical Alliance, Vitaly Vlasenko, were among the many faith representatives (including Orthodox priests) who opposed the invasion of Russia and are asking Vladimir Putin to stop the war.

Thousands of citizens have been arrested in Russia for expressing their opposition to the invasion of Ukraine. International leaders are asking Russia to respect freedom of expression.