Crime, energy prizes, and the role of immigrants are hot topics ahead of the 11 September general election. In a context of “secularism with no values”, Christians should take a stand for the Gospel, two evangelical leaders say. 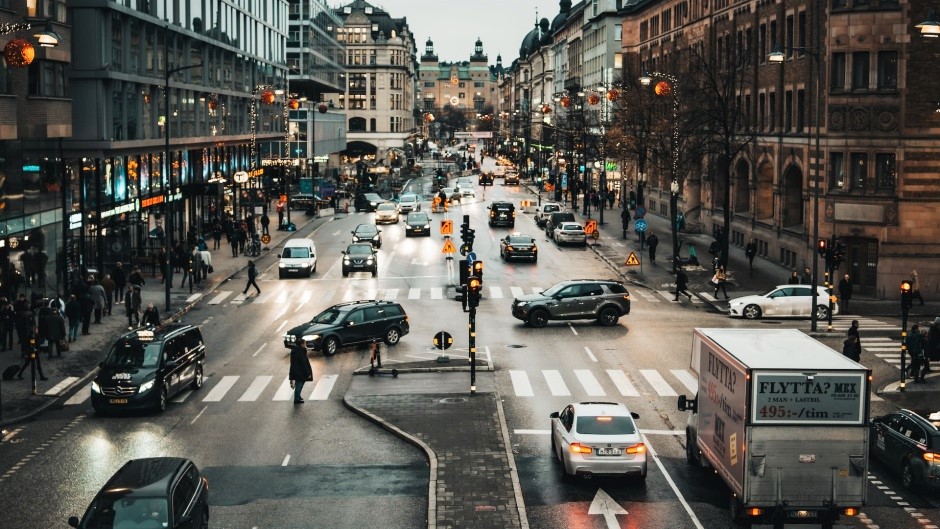 Sweden is widely seen as one of the most liberal and progressive countries in Europe. Trends erupting in the Nordic country have often moved south and influenced the rest of the continent.

From a political point of view, Sweden has been strongly shaped by the country’s Social Democratic Party, which has won most elections in the last century. But Prime Minister Magdalena Andersson could see her party's support fall to a record low.

The polls ahead of the general election of 11 September show that many citizens are moving to more conservative positions. In fact, everyone speaks about the surging Sweden Democrats, an unthinkable option in the Swedish political scene a decade ago. Around 20% say they are ready to vote for this hard right and nationalist option.

So, what has changed in the country? Why are people not sure about where their country is heading? And what do Christians think about the pressing issues?

“The general shift was visible already in the previous election of 2018. Many people feel the Social Democrats don’t have the solutions for today’s hot issues”, says Olof Edsinger, a theologian who leads the Swedish Evangelical Alliance and the country's Lausanne Movement.

In opposition to the government’s policies, a right-wing movement has grown. “In the later years, the whole political landscape has been shaped by how the parties relate to the nationalistic Swedish Democrats”. Four years ago, traditional conservative parties facilitated the way to power for the left to stop what was considered an irruption of the far-right. This time, however, things may change, says Edsinger.

Olof Edsinger of the Swedish Evangelical Alliance and Per Ewert of the Clapham Institute. / Photos: own

“This election will be a nail-biter”, says Per Ewert, the leader of the Swedish Christian think tank Clapham Institute. “If the Social Democrats lose power this Sunday, it would mainly be due to the breakdown of the social contract”.

In other words, “Swedish society is not functioning as smoothly as it did some decades ago. A similar situation arose back in 1976, when societal troubles led to the Social Democrats losing power for the first time in 44 years. Right now, the balance between the two blocs seems exactly even”.

But beyond party political campaigning, what are the problems perceived by the people on the street?

Edsinger summarises it as “crime, immigration and energy prizes. Sweden has seen a big rise in deadly shootings the last years, mostly among criminal gangs, and this scares many ordinary people”.

Ewert agrees. “Gang violence has harassed Sweden on a very troubling scale the last couple of years”, he says, to the point that even the leftist government “realises that tougher measures must be taken on crime”.

Then, there is the war in Ukraine and the soaring electricity and gas bills. “Energy is debated in the whole of Europe, but the fact that our government contributed to the premature closing down of two nuclear reactors doesn’t sit well with everyone”, observes Edsinger. 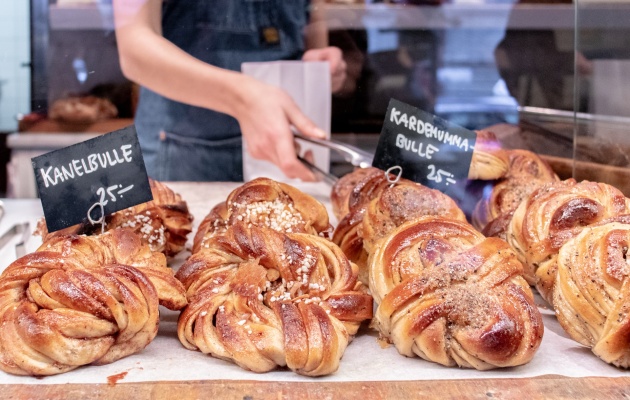 As in the rest of Europe, prices have gone up in Sweden. / Photo: Unsplash, CC0.

Another controversial debate has to do with the percentage of foreigners in Sweden. Each year, around 100,000 migrants arrive in the country of 9 million inhabitants. Some see a correlation between increasing crimes and immigration, while others demand better integration policies.

Many of these issues are a matter of debate outside the cities. “The ‘woke ideology’ of much of the Swedish political elite doesn’t get applauses in rural areas”, especially because people in these regions “often feel like losers both in the area of immigration (with big unemployment) and in the area of environment politics”, explains Edsinger.

“The integration challenges are largest in the suburbs of the cities”, adds the Ewert, while “the frustration towards the failing social contract may be larger in the countryside”.

Municipal and regional elections are also held this Sunday, and the differences in the vote may show the growing divide between the progressive cities and the more conservative towns.

The roots of polarisation in Sweden

It is no surprise that polarisation is one of the realities that most worries Christians in Sweden.

“We have lost much of our ‘democratic intuition’, and instead try to make everyone think like us… which basically leads to totalitarianism”, warns the Secretary General of the Swedish Evangelical Alliance. Edsinger points to ‘wokism’, a sociological trend he has been following closely in the last years and  which he considers “intolerant”. 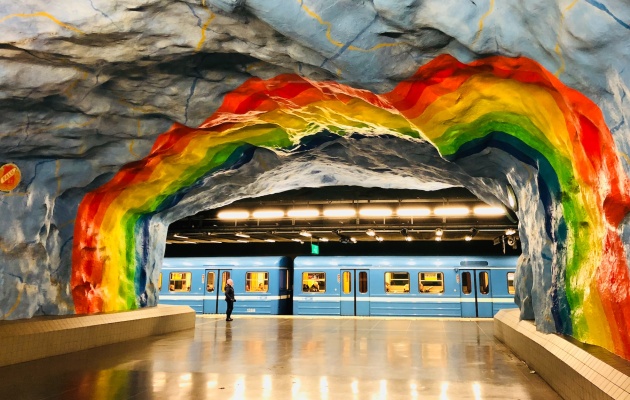 A metro station in Stockholm painted with the LGBT rainbow. / Photo: Unsplash, CC0.

Meanwhile, the researcher of the Clapham Institute traces many of the issues of Sweden’s society back to “the extreme level of secular individualism that arose in Sweden during the 1900s”. Based on that philosophy, “we created a peculiar mix of a secular worldview without values and where the individual is the centre of everything; and a growing Muslim population with very different values and a disregard of Swedish society and our values”. Ewert sees in this “mix of very opposing value systems a large challenge to both the social contract and Biblical values”.

Spiritual crisis and opportunities for the church

In this context, the leader of the Evangelical Alliance sees a “growing awareness on a grass root level, not least within the prayer movement, that we are in a spiritual crisis”. Christians also “see much fruit in evangelism these days, especially (but not only) among the diaspora communities”.

Ewert agrees that there is “encouragement for the church” in the face of “the frustration we see among Swedish people and the reality kicking back”. The “deficiencies in the secular-individualistic philosophy” are more and more evident, while it is also obvious that “Islam is not the answer to the challenges in society”. This is a “fantastic opportunity for the Church to step in and proclaim the gospel as a solution, both for the individual and for society”.

“I would say that the most important need for individual Christians and for churches and denominations is to take a stand for our confession in a very secular environment”, concludes Per Ewert. “Remember Daniel’s three friends who refused to bow before the golden statue, and was saved from the fire and rewarded by the king. Prayers for confidence and boldness among Christians in Sweden would be much appreciated”.

“Pray for the coming elections, for the polarisation”, asks Edsinger, an adds a third request: “The secularisation of the church… the LGBTQ issues are hotly debated also in some Evangelical and Pentecostal churches”.

A ban on Lutheran priests who refuse to marry LGBT couples? 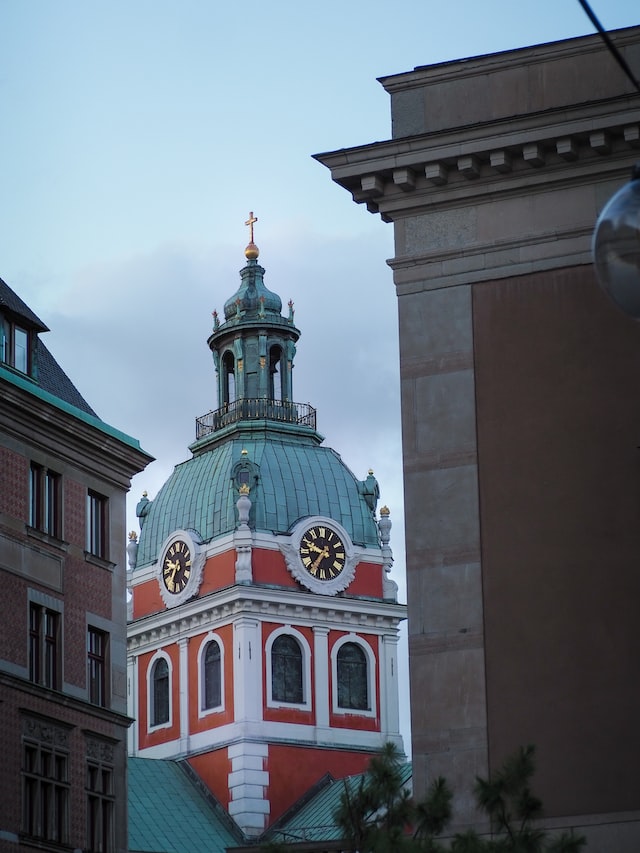 This summer, Social Democratic representatives in the Swedish Lutheran Church proposed to exclude al worship ministers who refuse to marry LGBT couples. The former national church still retains much influence of the mainstream political parties. “Political parties are in the majority in the national synod of the Lutheran Church. Therefore, yes, there is a real danger that the politicians will force this decision upon the church”, explains Olof Edsinger. “The bishops, however, are not interested in such a change as it would severely undermine their authority”.

“There is no doubt that this is where the trend points”, adds Per Ewer. “There is no doubt which way the government wishes for, it is therefore up to Christian believers and leaders to show courage and stand firmly on a Biblical foundation”.

The government’s influence on faith groups has also been visible in free evangelical churches. Two examples are the prohibition (in “unclear terms”) of conversion therapies and the need for churches to have certain internal democratic criteria in other to access public benefits.

Published in: Evangelical Focus - europe - “Swedish society is not functioning as smoothly as it did some decades ago”