How do evangelicals in Europe see Trump’s victory?

Evangelical leaders from England, Scotland, Spain, Switzerland, Italy, Czech Republic and the Netherlands analyse the situation from a biblical perspective. 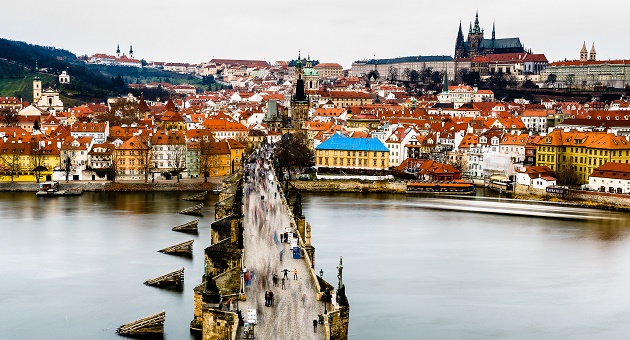 Europeans have followed the outcome of the US Presidential election closely. Christians in the USA have expressed their opinions, but what are the views of evangelicals in Europe?

“Like Brexit, Trump´s victory is a symptom of a country that is not at ease with itself. And it is so much easier to blame your problems on the ‘others’ and look for a popular saviour to lead you forward than it is to engage honest self-examination.

Students of history know we have been here many times before. Whether you are delighted or in despair at today´s US election result we would all do well to remember the old saying, ‘this too, shall pass’. This day is neither a new dawn nor the end of civilization as we know it.

Christians believe that Jesus Christ is the Lord of History. As one Facebook post today put it, ‘Rulers shine for seconds, Christ lights up eternity’.” 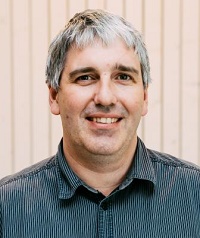 “The results of the election show how deep the crisis of trust in politics and elites in the US is. The fact that Donald Trump has been elected can easily lead to even greater polarization in society and can intensify the culture war, leaving less bridges for the Gospel and churches to liberal spheres of society. White Evangelical Christians who largely supported Trump should be very careful about their hopes in one-man solutions in regards to deeper cultural trajectories that are not going to be changed easily. But as Miroslav Volf says, ‘politics touches everything, but politics is not everything -- not by a long shot.’ Let's hope for the best and pray.”

“As with the Brexit referendum result, the election of Donald Trump shows widespread disillusionment with existing political systems.  However, the answer to this disillusionment is not populism. Last time there was a big victory of populism, 80 years ago, it took a world war to sort things out.” 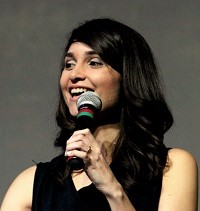 “I woke up with the shocking news about Trump.  All my Sabbatical I've been soaking in the life of David asking God what does it mean to be a leader after God's own heart. So many emotions in my heart as I thought that the new leader of the free world seems to be so far from it.
Jesus, oh how I long for the day when you will be finally be crowned as King. Justice will be in place, no more tears, no more pain. Finally a true, humble and just king will be sitting on the throne.
In this life, even if our houses might be shaken by earthquakes, even if nations disappoint us with their choices and even if there is reason to fear all around us, we have an overwhelming hope. Things are not as they seem, this is not the end. We live and hope for a kingdom that is still to come.
‘He who was seated on the throne said: I am making all things new.’ (Rev 21:5). Come, Lord Jesus, come.”

“A majority of the US citizens who went to the ballots have voted for Donald Trump. This has to be respected. You get what you go for.

Christians should pray for Donald Trump as they should and hopefully would have for Hillary Clinton.

There were lots of doubts expressed when Ronald Reagan got elected. In many ways he surprised the world. At the end of his presidency there was tremendous change. The iron curtain came down and with it the Berlin wall.

I pray with hope and expectation because ‘in the Lord’s hand the king’s heart is a stream of water’ (Proverbs 21:1)”

David Robertson (Scotland). Moderator of the Free Church of Scotland.

“The election of Donald Trump is yet another sign that the liberal political establishment is facing a real rebellion.  The liberal autocracy is facing the difficulty of democracy not working their way. President Trump is not someone who I as a biblical Christian feel comfortable with, any more than I did with Hilary Clinton, but it’s not about my comfort or political views.

Surely the best reaction for the Church in Europe is that we fulfil the command of the Scriptures that we pray first of all ‘for kings and those in authority that we may live peaceful and quiet lives in all godliness and holiness’ (1 Timothy 2:1-2).” 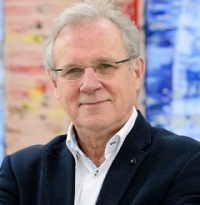 “I understand the evangelical concern about Clinton-I'm no fan of hers either and probably have worn a grey armband had she won. We were facing a lose-lose situation either way. I also understand the concern for a more conservative supreme court. Trump has a good man as VP - although a cynical perspective would suspect Trump of using him to get the crucial evangelical vote.

Trump’s triumph has huge implications for us in Europe. When you see who is rejoicing you can realise how serious it is.

Despite all the above, there is hope! God is still sovereign although that does not mean that everything that happens on this planet is his will. To the contrary. He will continue to work out his purposes. He will continue to use crooked sticks to hit straight - which is why he can use you and me.” Read Fountain’s full opinion.

“The results of the US election surprised me and in part also worry me. The outcome is worrying because the personality traits and the values of the new President are in conflict with the Christian expectations of integrity. In trusting God, who is greater than any worldly power, I still believe we can look at the future of the US with confidence.” 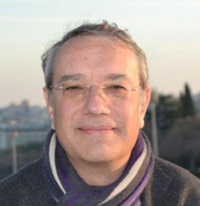 “What has just happened in the United States is just one more episode of a problem we see in the whole Western world, the end of a model of civilisation. There is a close connection between what has occurred in Washington and what happened some months ago in the UK, in the German regional elections, the walls built in Eastern Europe… The kind of answers we are giving to the issues we face show the values that define us. When moments of crisis appear, both individuals and societies react with what we bear inside.

Once we have ousted the moral values that came with Christianity and have not substituted them with something, we are in risk of falling into the void. Confronted by problems, we are fearful. We search for an earthly saviour that will take us out of our problems swiftly. Instead of making a great America with Christian values, we demonise our enemies, looking for someone on whom we can discharge our wrath.

As the Church, we must reflect on the way we interiorise the message of the gospel and how we interact with the values in our culture. As Christians in the Western world we should ask oursleves: Have we really understood what our role is? Have we understood why the Church of Christ exists? The Church is not the protagonist, history is in the hands of God. But we need to be a ready so that God can use us the Church whenever he decides to write his history through us.” Read Jaume Llenas' full opinion (Spanish).

Published in: Evangelical Focus - europe - How do evangelicals in Europe see Trump’s victory?