Dozens have died in Poland, Italy, Greece, Turkey and Russia. The European Commission warns about the situation of many refugees. 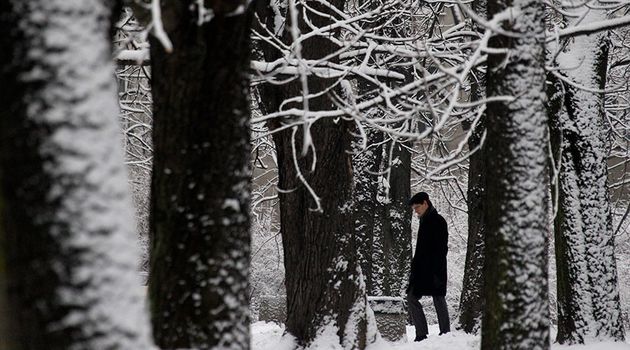 A man walks in the streets of Warsaw / AFP

A cold wave has frozen many European countries. Snow and low temperatures - up to -40ºC - have left dozens of lives lost in Poland, Italy, France, Turkey, Greece and Russia. Most have died of hypothermia, and there is a great concern for the homeless, specially refugees and beggars.

The icy air mass that keeps the Eastern Europe on alert, has its center in Romania and Hungary. The Black Sea is frozen, covered by a big layer of ice. The icebreakers have had to enter into the Danube, to rescue the ships that have been trapped.

BAD CONDITIONS FOR REFUGEES
Low temperatures are a serious threat to those sleeping outside or in refugee camps. The European Commission has warned that the situation is unsustainable in the Greek camps.

The cold has also caused the deaths of two people in the country, and those refugees who live in the bad weather or in places that are not ready for dealing with such extreme temperatures are very scared. "We are going to die in the tents, we do not have heating to spend the night", a refugee on the island of Lesbos said, where they are not prepared for such a hard winter.

"Sometimes, when the wind blows very hard, it pulls the tents and we cannot sleep", another refugee points out. 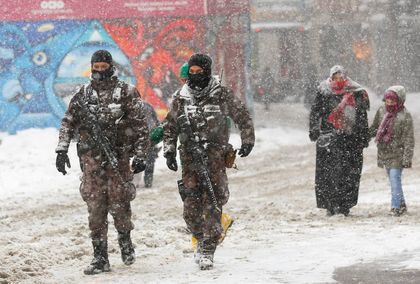 19 REFUGEES ABANDONED BY A TRAFFICKER
In Germany, a human trafficker left 19 refugees in a parking lot with a temperature of -20ºC. There were five children and fourteen adults among the refugees, and some of them showed symptoms of hypothermia.
The refugees did not have identification papers and told the police that they came from Syria, Iraq and Iran and had paid the traffickers about 800 euros per person. They began their journey to Germany in Italy, and the driver left the truck when he began to have problems with the engine.

POLAND: 10 HAVE DIED IN 24 HOURS
According to the authorities, at least 10 other people have died in Poland during the last 24 hours because of the low temperatures, which brings to 65 the number of deaths so far this winter.
The Polish police has called on people to remain alert and help those threatened with hypothermia, particularly the homeless.

The police is looking for them, so that they can take them to safer places: "We are patrolling in the areas where they usually stay, to transfer them to hospitals and ask them to go to shelters", a police spokesman explained. 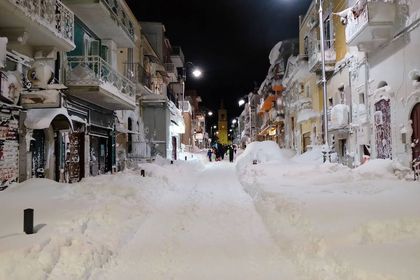 In the last few hours, temperatures have dropped beloew -40ºC in some parts of the country. This has been the coldest weekend of this winter. The air pollution is also a problem in the main Polish cities. The boilers are at their highest capacity and it makes it difficult to breathe.

Italy, where eight people have died, is another of the most shaken countries. The snow has buried several places in the center of the country. Several schools are closed there and in the south of the country this Monday.

Snow and ice also hinder land and air traffic. Four people have died in France, when the bus in which they traveled skidded. And more than 600 flights has been cancelled in Istanbul.

RUSSIA: THE WORST WINTER IN 100 YEARS
In the European part of Russia, they have registered the lowest temperatures in a hundred years. Last Saturday night, the thermometers showed a minimum temperature of -35.9ºC in Klin, about 100 kilometers north of Moscow.

Classes have not been suspended, but students will be able to stay at home on Monday if their parents give their permission.
This Sunday, about 12,000 people were left unheated in the city of Krasnogorsk, outside Moscow, with temperatures of -25ºC.