Sixth week of protests: ‘Christians will continue to speak up for freedom of faith’

“Dozens of letters arrive in support to this cause, millions support us”, says the Bulgarian Evangelical Alliance. Prayer vigils planned for the next days. 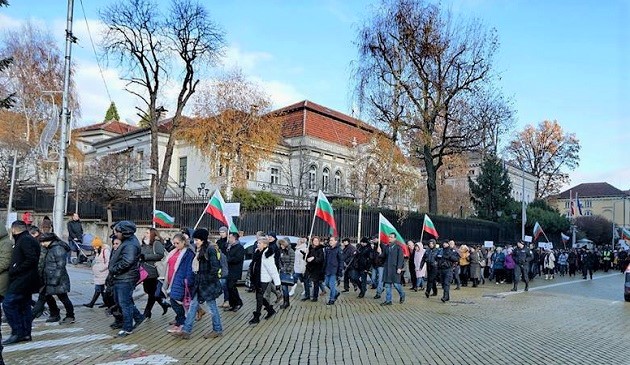 Hundreds marched through Sofia, Bulgaria, for the fifth Sunday in a row, on December 9. / Photo: Yasen Tsenov

Hundreds of Christians came out on the streets of the capital of Bulgaria for the fifth time in a row on Sunday 9 December.

They protested against the amendments in the Religion Denominations Act that has been planned by six political parties in Bulgarian Parliament.

This time the protest rally was marked by the Day of Human Rights on Monday. For decades now, December 10 has been celebrated by the United Nations as an occasion to talk about fundamental rights. On this day, in 1948, the UN accepted the Universal Declaration of Human Rights.

Christians in Bulgaria have been expressing earnest concern for the past several months that the amendments in this new state Act would actually threaten fundamental rights, like the right of religion, the right of expressing one’s beliefs and the right of assembly (Articles 18, 19, and 20 of the Declaration).

“DOZENS OF LETTERS PUT PRESSURE ON THE GOVERNMENT”

The fifth Protest rally of Christians in Sofia started in front of the Parliament building.

Several pastors spoke to the crowd addressing the issues of the new law. They represented various Christian denominations such as Church of God, Baptists, Adventists, Pentecostals and others.

Speaking in front of the Bulgarian Parliament, the President of the Bulgarian Evangelical Alliance, Rumen Bordjiev, said: “We have not come out in this cold weather just like that. We have been challenged to protect democratic principles, to defend religious freedom and basic Human Rights. I am deeply grateful to all our international partners for the diplomatic pressure on Bulgarian politicians. Dozens of letters arrive on a daily basis in support to this cause. We will continue forward, because we have large international families. Millions of people support us."

In her address, Tanya Petrova, Dean of the Bulgarian Evangelical Theological Institute said: “In 2019, we will observe 70 years since March 7, 1948, when the Communist government of Bulgaria sentenced Protestant pastors to jail. We will never forget that time. We will always be alert against returning to those dark decades in history. Christian faith has always been tightly linked to good education. We do not accept a law imposing restriction on theological institutions! This contradicts the Constitution of the Republic of Bulgaria”. 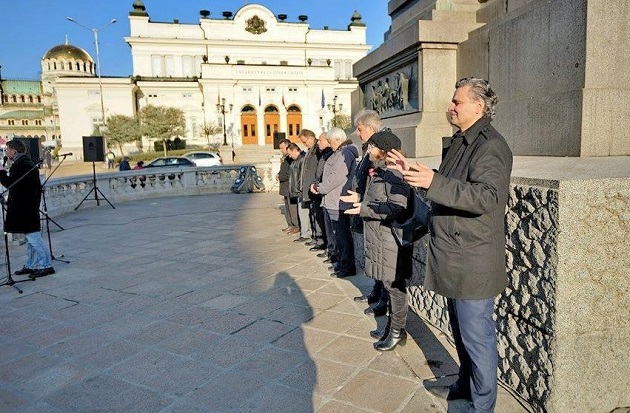 “CHRISTIANS WILL SPEAK UP FOR FREEDOM OF FAITH”

The proposed law, said Pastor Teodor Oprenov of the Bulgarian Baptist Union, “will impact the spiritual condition of the nation. They are leading us all on a slope downwards. Last week, the Deputy Prime Minister of Bulgaria announced that they would be ‘leading a fierce battle for the law proposal’. This is a path of spiritual regress. Christians in Bulgaria will never get tired of speaking up for freedom of faith because they know they have been made more than conquerors in Christ."

Meanwhile, Pastor Tsanko Mitev, of AIDLR added: “Bulgaria has signed the Universal Declaration for Human Rights. It is a document with 30 articles defending fundamental rights and freedoms. The International Association for Defense of Religious Liberties (AIDLR) has mailed a letter of concern to the Bulgarian Parliament, to the Prime Minister Boyko Borisov, and to the chairman of the Religious Affairs Committee. We urge the lawmakers to withdraw the amendments even before the new bill enters Parliament for a second reading”.

WHY THE PROTESTS CONTINUE

Even though some Bulgarian politicians have been claiming lately that there is an agreement achieved with all religions in Bulgaria about the new law, this is not true, the Bulgarian Evangelical Alliance said.

The Bulgarian Christians protest because the amendments are in a conflict with the Constitution of the republic, with the European Convention for Human Rights and with the Universal Declaration of Human Rights. 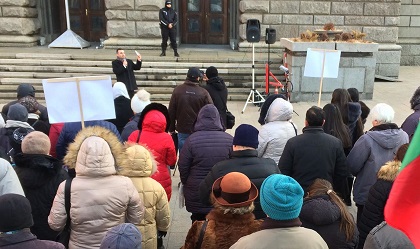 On November 26 Bulgarian, Protestants submitted into parliament statements that have been signed by about 100 pastors and leaders of evangelical communities. It is a legal explanation of the problematic provisions.

Last week, on December 4-6, there was a special meeting organized by the Conference of European Churches, held in the European Parliament. Pastor Dr Daniel Topalski, representative of the BEA in the European Evangelical Alliance, was invited and given an opportunity to raise the issue with the legislation and bring it back to the attention of MEPs.

Bulgarian Christians are intentional on continuing their protests. Next Sunday, December 16, a national protest will be organized in the centre of big cities.

In the meantime, on Wednesday, December 12, a Day for Fasting and Prayer against the new law has been announced.

On Thursday 13, evangelical Christians are planning an all day long vigil in front of the parliamentary building. On the backdrop of Christmas carols, Christians will be speaking up peacefully, trying to raise awareness about the situation of the Christian minorities.

Published in: Evangelical Focus - europe - Sixth week of protests: ‘Christians will continue to speak up for freedom of faith’