The government announces it will match donations to Tearfund for its project tackling plastic pollution in Pakistan. 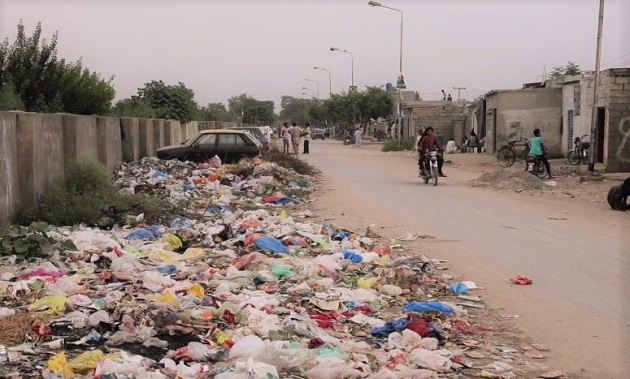 Plastic waste in a street of Pakistan. / Tearfund video caption

Pakistan is one of the most plastic polluted countries in the world, and Christian charity Tearfund is working there to help change the situation.

Pakistan produces more than 20 million tonnes of waste each year (according to the country's Environment Ministry). In cities like Karachi, 40 per cent remains uncollected, the NGO said.

Plastics are often burned on the streets, and thick fumes can cause health problems.

Rubina, a mother of two, tells the story of how her son had to be brought to hospital after being burnt by a chemical substance in the rubbish:

Tearfund builds recycling centres where waste is segregated and sorted, and aims to see rubbish-free streets.

In a Parliamentary session, the UK Prime Minister Theresa May praised the project of the Christian organisation and announced that the government would match all donations to the NGO until 17 May 2019.

“Through UK Aid Match, the UK government will match donations of up to £2m raised by Tearfund supporters for a project in Pakistan”, she said. “We are committed to the UK being a world leader in tackling plastic pollution”.

Great to hear the Prime Minister @theresa_may commend MPs across the @HouseofCommons for taking part in our #PlasticPledge, and supporting our work tackling waste and plastic pollution in Pakistan with @DFID_UK. #UKAidMatch pic.twitter.com/DLOmuGOdHa

Earlier, Member of Parliament Vicky Ford had supported Tearfund’s campaign to give up “single use bottles, straws, forks & more for 40 days at least”. At least other 47 MPs also accepted this environmental challenge.

The reduction of the use of plastic has been one of the major topics in the UK in the last years. Many British churches have developed plans to go green.

On an European level, in October 2018 the EU voted to to ban replaceable plastic products such as plates, straws and cotton buds by 2021.