Apostles of the Belgian trenches

The Belgian Evangelical Mission celebrates its 100th anniversary. The origins of the evangelical movement can be found on the battlefield of Western Flanders. 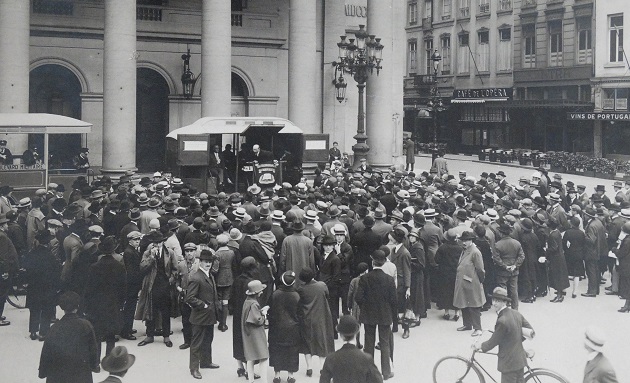 Many people attend an open air preaching meeting in the 1920's in Brussels. / Photo: BEM archives

It happened over 100 years ago, but the memories are still very vivid.

The many visitors of Flanders Fields, the Western part of Belgium, cannot ignore the many war cemeteries in and around Ypres.  Tyne Cot Cemetery is the largest Common Wealth graveyard on the continent.  In many places the tragic traces of an incredibly violent conflict are still visible.

Each village has its own story. It is hard to imagine how hundreds of thousands of soldiers fought here and died here. It is also hard to imagine that the story of the proclamation of the lifebringing gospel started here. Yet it is true: the origins of the evangelical movement in Belgium can be found on the battlefield of Western Flanders. 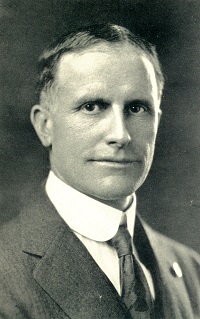 In the early 1900’s an enthusiastic American evangelist, Ralph Norton, and his wife Edith, joined the campaign team of John Wilbur Chapman, a itinerant revivalist who is nowadays still referred to as the ‘Billy Graham of his days’. The team toured in Canada, the United States, Australia and Asia. In 1914 the team held a campaign in Scotland and at that moment World War I broke out. Most missionaries of the team returned to America, but the Norton’s decided to remain in London. It was their vision to minister among the soldiers preparing for the battlefields in Europe. A seemingly accidental encounter with a Belgian soldier in London changed the ministry drastically. Ralph’s eyes were opened for the need of the armed forces in Flanders fighting in a rather hopeless trench war. Soon he met other soldiers, who came to England for furlough or for medical treatment and he started giving away Bible and other literature.  On several occasions Ralph and Edith succeeded in crossing the English Channel and visited the battlefield around the city of Ypres themselves. Ralph did not speak the local languages, but he quickly learned some standard sentences like: ‘Do you want a Bible in Flemish or French’?

In order to meet the spiritual needs of the soldiers, Ralph founded the Scripture League which distributed Bibles and held Bible studies. By the end of the war, the League had over 20.000 members – a figure that is very remarkable for a country dominated by the Roman Catholic Church – at that time the message of the Bible was almost unknown in the area. 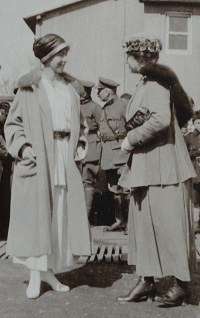 Records show that hundreds of soldiers - members of the Scripture League - were active preachers: they were called the apostles of the Belgian trenches. The Norton’s were very concerned about the condition of the soldiers and tried whatever possible to improve their situation. There was a vivid correspondence between many soldiers and the Nortons. Also, Ralph developed good contact with the Belgian government and at several occasions he met the Belgian king.

There was a warm relationship between Edith and Queen Elisabeth. After the war was over, Ralph and Edith decided to move to Belgium to ensure the follow up of the newly converted Christians.

Although Ralph did not intend to plant new churches, he soon discovered that the evangelical presence was almost non-existent. It was clear that new churches had to emerge and for that purpose the Norton’s founded the Belgian Evangelical Mission – now 100 years ago. It meant the origin of the evangelical movement in Belgium. 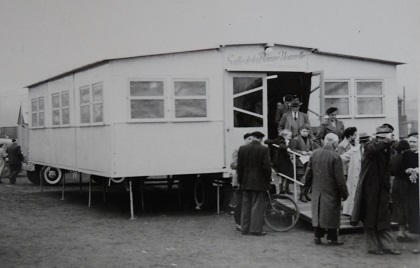 Although not all 20.000 members of the Scripture League joined a church in Belgium – many returned to their Roman Catholic families and churches – a lot of new converts joined the newly planted churches in the country. Finding appropriate facilities to gather for worship services was not easy, since Catholic owners were not inclined to renting out their halls to the new believers. The Belgian Evangelical Mission turned out to be quite creative: barracks which were used during the war and now were vacant could serve very well as a church. Houses were bought in order to be converted to meeting rooms. Fortunately, Ralph Norton had a tremendous talent not only as evangelist but also as fundraiser. Preachers went from door to door throughout the country in order to sell Bibles and to hand out flyers. Evangelism started in the cities, but was soon expanded to the country side. The first decades after the war, there was a substantial growth of evangelical churches. In order to train workers, a Bible School was opened in Brussels, first only Frenchspeaking, later on also in Flemish. 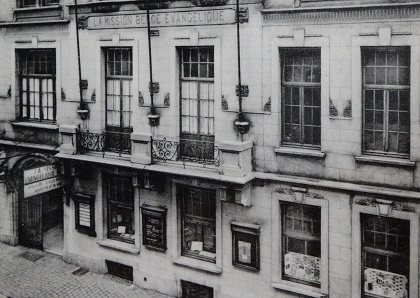 Missionaries from the United States, Great Britain and the Netherlands came to Belgium to support the local churches.

Over the last century the BEM has had its ups and downs. Ralph Norton died in 1934. His wife Edith continued the ministry, but she passed away in 1936. In the period between 1940 and 1960 there was not much growth. World War II did not bring the spiritual revival like the first war did. But in the sixties doors started to re-open. In the early seventies a new approach was developed, called the ‘year-teams’. Short term missionaries came to Belgium to serve the churches for one year. They focused on all kinds of evangelism and for about two decades new churches were planted. The period between 1975 and 1985 can be considered as a time of revival in Belgium.

In the nineties several large campaigns in cities like Brussels and Antwerp were held. The results were rather disappointing and in many cases local actions replaced nationwide projects. Yet the Belgian Evangelical Mission still holds on to its mission as a church planting organization. The strategy has changed, but the vision remains the same – even after 100 years. The missionaries continue the battle as apostles in the spiritual trenches.

Published in: Evangelical Focus - europe - Apostles of the Belgian trenches