Most of the foreigners in Italy are Christian, study says

Evangelicals are the only ones who have experienced a relative growth. There are 50,000 more than last year, the ISMU survey says. 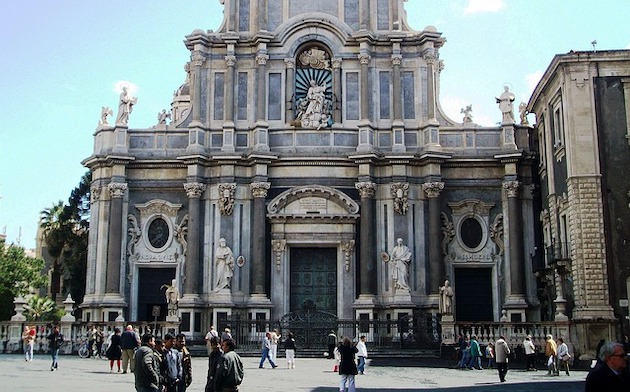 The religious identity of foreigners residing in Italy is mostly Christian, acording to a report publishsed on July 24 by the foundation "Initiatives and studies on multiethnicity" (ISMU in Italian).

The data, which was released by the National Statistics Institute (ISTAT), and it is updated to January 1, 2019, shows that there are 2,815,000 Christians, that is, 53.6% of the total, including Catholics, Orthodox, Evangelicals and other Christian groups.

Among these, only evangelicals have experienced a relative growth, there are approximately 183,000 people, 50,000 more than the previous year.

Muslims instead represent 30.1% of the resident foreigners, while atheists or agnostics are about 500,000.

The ISMU also pointed out that more than 111,000 resident foreigners have obtained Italian citizenship, and that the balance between births and deaths, as well as arrivals and departures is constantly evolving.

Paolo Naso, coordinator of the refugee and migrant program of the Federation of Evangelical Churches of Italy (FCEI) Mediterranean Hope, told the evangelical news agency NEV that this report confirms widely consolidated data.

“Other estimates show that the number of evangelicals and Protestants is higher, consisting mostly of immigrants from East Africa, Eastern Europe and some Asian countries. A very complex fact to define, for example, is that of Chinese evangelicals”, he said.

But, “more than the quantitative dimension, in the case of evangelicals it is interesting to see how the multiethnic and international churches have an important role in the process of integration and social inclusion”, he added.

Published in: Evangelical Focus - europe - Most of the foreigners in Italy are Christian, study says