Members of Evangelical Alliances shared stories about how “local traction” can help evangelicals to have a “voice in Europe”. The Marriage Week project received the 2020 Hope for Europe award.

The theme of the 2020 European Evangelical Alliance General Assembly, 8-11 June, was

The General Assembly of the European Evangelical Alliance (EEA) was one of the many conferences and events in the last weeks that had to be moved online due to the coronavirus crisis.

Between 8 and 11 June, four 2-hour morning sessions using a video conference platform accomplished the aim of bringing together around 100 participants, including leaders of Evangelical Alliances from across Europe, members of Hope for Europe networks and affiliate organisations.

Under the motto “Journeying Together – European Voice, local traction”, representatives from over 20 countries listened to short presentations of 30 minutes and used the chance to interact online in small groups. 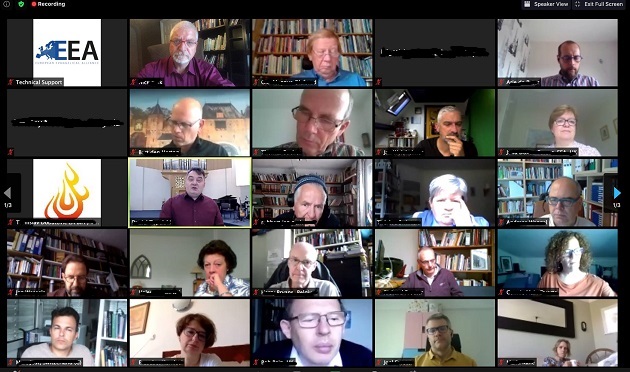 The sessions of the EEA 2020 General Assembly were held online using a video call platform. / EAI

Jeff Fountain was in charge of the opening keynote about the state of Europe and encouraged fellow evangelical Christians to see “the big picture”. He called to “look back to what God has done, look forward to what God will do, look around at a Europe in crisis, look within for a honest self-examination, look beyond denominationalism and nationalism, look again at what God is doing and look up to the hope of God”.

The speaker asked practical questions for the church in Europe, such as: “Are we clinging on to a Christendom mentality, or will we be creative, prophetic, hopeful minorities? How well do we listen and learn from others? Is nationalism distorting our kingdom vision? Are we prepared to become cross-cultural missionaries in our own countries? Do others see our congregation/movement as ‘people of hope’? What signs of God at work in Europe can we see?”

Fountain warned that Christians are in risk of just celebrating “churchianity” instead of becoming “Christian churches on a post-coronavirus mission”, and called to “not waste this crisis”. 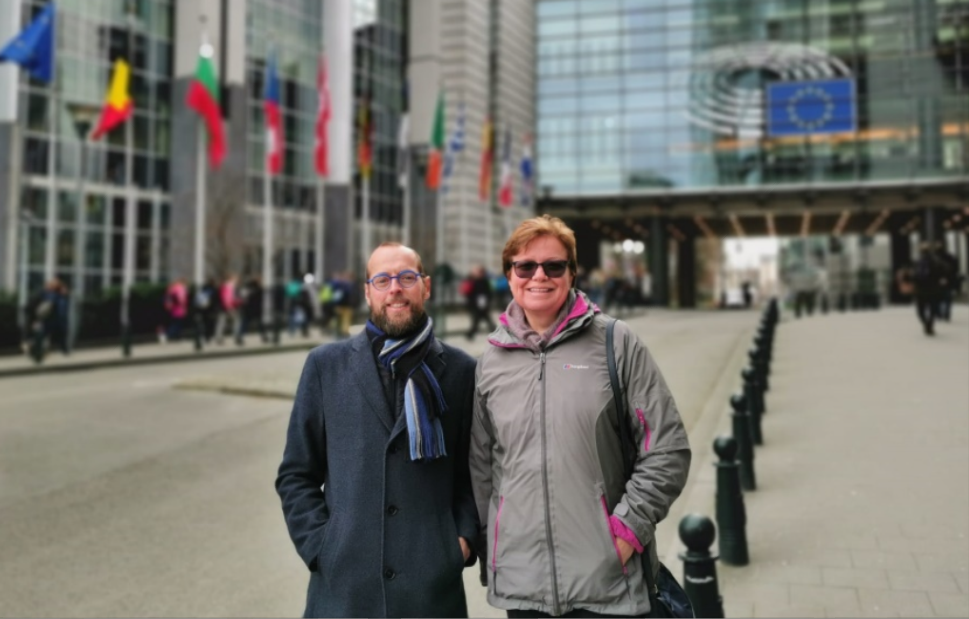 Julia Doxat-Purser and Arie de Pater of the socio-political team of the EEA explained their work in Brussels, at the heart of the European Union and in other parts of the continent as they participate in the public conversations on human rights, liberties and other current issues.

Later, leaders of Evangelical Alliance in Sweden, Greece, Portugal, Kosovo and France shared stories of “local traction” in the areas of advocacy, prayer, refugees, freedom of speech and unity among evangelicals from neighbouring countries.

One the second day, “success factors” in working on different levels (both in specific countries and on a European level) were presented, and an hour of open discussion was provided in three separate “interactive rooms”.

On the third day, President of the EEA Frank Hinkelmann provided “a short historical sketch of the European Evangelical Alliance”, which was founded in 1952, with the aim to “understand where we come from in order to gain insights as we move forward, considering the EEA’s future”. He addressed both the achievements and crises of the evangelical body, as well as its relationship with other evangelical bodies in Europe and the rest of the world.

Secretary General Thomas Bucher then spoke on the current state of the EEA and summarised some of the main areas of work during his 8 years of leadership. He emphasised the willingness of the EEA to strengthen the national Evangelical Alliances, offering opportunities to network, helpful resources, and a desire to listen to the needs of the churches in the different European regions. The economic fragility of the EEA and the need to help to make its sustainability possible in the future was also mentioned.

A case of religious freedom in Eastern Europe was also presented and small groups were again facilitated to discuss how the national EA’s can contribute to the evangelical movement on an European level. 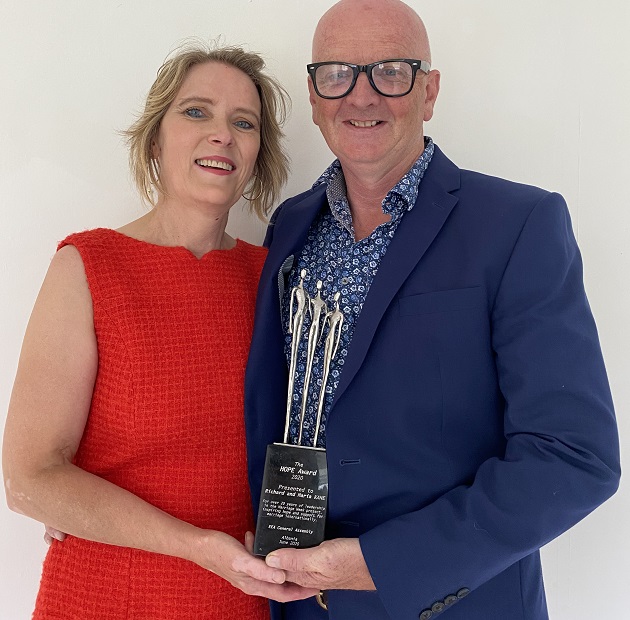 Richard and Maria Kane of the Marriage Week project with the 2020 Hope for Europe award.

On the last day, Richard and Maria Kane of the Marriage Week project, were asked to share about a movement that was started 20 years ago and has groups in over 25 countries. The aim of the annual Marriage Week is to “inspire initiatives that give hope and courage to marriages in the general population”. Just after their presentation, they were presented with the Hope for Europe 2020 award, a distinction given every year by the EEA.

The General Assembly closed with a session in which leaders of national EAs shared their perspectives from different parts of Europe, and a closing address by Jeff Fountain on “Seeing God at work”.

Every session of the General Assembly was opened with a short Bible reflection and a song, and ended with a closing prayer.

An optional “online café” time was also made available every day for all those who wished to stay after the official programme to meet and chat to other participants.