The EPUB Synod’s decision is ambiguous, because no distinction is made between candidates that carry a same sex relationship and those who take celibacy vows. 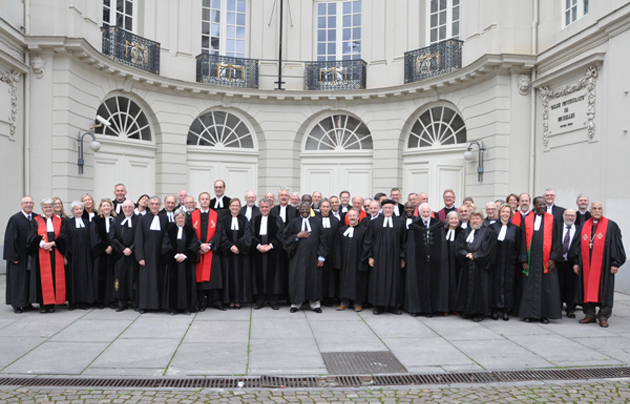 The United Protestant Church of Belgium (EPUB) published a press release on the 14th of June stating that the EPUB now accepts homosexual pastors. The Protestant Synod decided it in an extraordinary assembly around the topic “Homosexuality and pastoral ministry”.

A work group wrote a recommendation that was sent to the local churches and then debated by districts before taking the decision in the Synod. The final decision was that homosexuality is not a criterion to exclude candidates for the ministry. The EPUB emphasized the fact that the decision was made “serenely” and respecting the diversity of opinion.

Pastor Steven H. Fuite, president of the EPUB, insists that the opinion of the Synod is only a “recommendation” and that no one is forced: “Every parish can choose the pastor they want”. The press release talks about unity in diversity.

Mr. Fuite explains that this recommendation means that no parish can force their opinion into another. “The differences in our Bible interpretations should not be reasons for disunion”.

The topic remains ambiguous, though, because it does not make the difference between candidates that carry a same sex relationship, and those who take celibacy vows.

When asked by Evangelical Focus, Mr. Fuite replied again saying that it depends on every parish: “Everybody is free to decide, we also have women that are pastors”.

Again, homosexual unions remain a decision of the individual parishes. However, in 2007, the EPUB decided on the possibility of blessing same sex couples.

The United Protestant Church of Belgium has approximately 110 parishes in the country. Every parish has a consistory and sends 3 representatives to the district assembly, the pastor and two non-clergy.

The six district assemblies send 8 to 10 people to the national Synod. The number of pastors can never be a majority.