Over 5,000 people protest against the bioethics draft law in Paris

Protesters denounce “the commodification of human beings which is looming with the bioethics law”. “The draft law that is neither organic nor ethical”, evangelicals say. 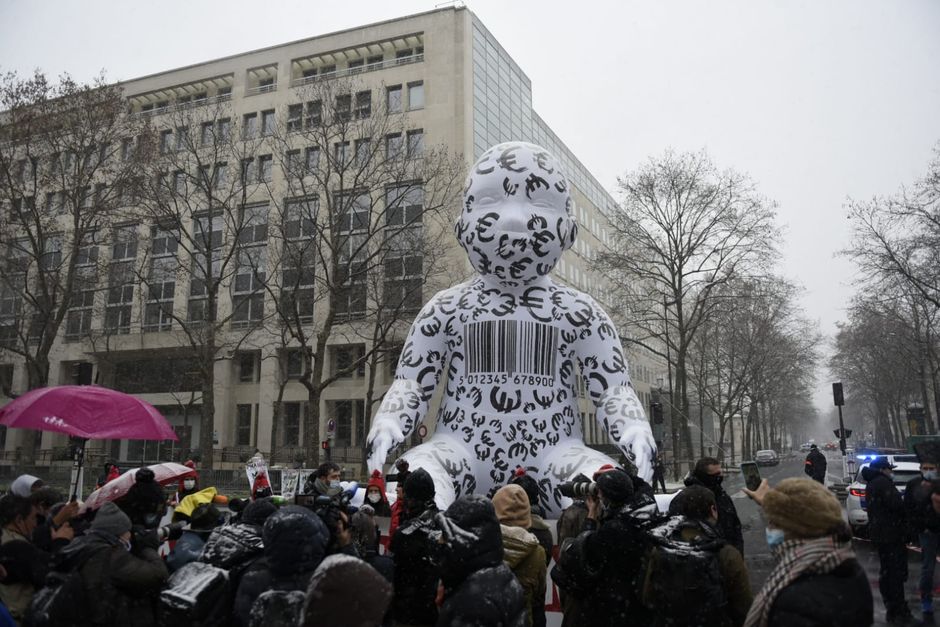 Over 5,000 people protest against the bioethics draft law in Paris. / @LaManifPourTous

More than 5,000 people took the streets of Paris on Saturday 16 January, to protest against the bioethics draft law that the French government expects to approve soon.

There was also a virtual mobilisation followed by 10,000 people, according to the organisers' figures.

The demonstration, organised by the social associations La Manif pour tous and Marchons Enfants, was held just before the bioethics draft law was examined in a second reading on 19 January and the first reading in public session of the abortion bill took place on January 20.

The aim was “to denounce the commodification of human beings which is looming with the bioethics bill and its measures on the self-preservation of gametes without medical reason and unacceptable experiments on human beings”, the organisers said in a statement.

Furthermore, protesters also denounced “the extension of the time limit for access to abortion from 12 to 14 weeks, the removal of the specific doctors' conscience clause and the inclusion of the psycho-social distress to justify an abortion”.

The demonstrators, gathered in front of the Ministry of Health, where the organisers exhibited a 10-metre high baby covered with barcodes and Euro symbols, which “shows that bioethics draf tlaw is immensely problematic in human and ethical terms”, they explained .

Messages such as “stop the culture of waste” or “stop the human being being suppressed” were also posted on the premises. 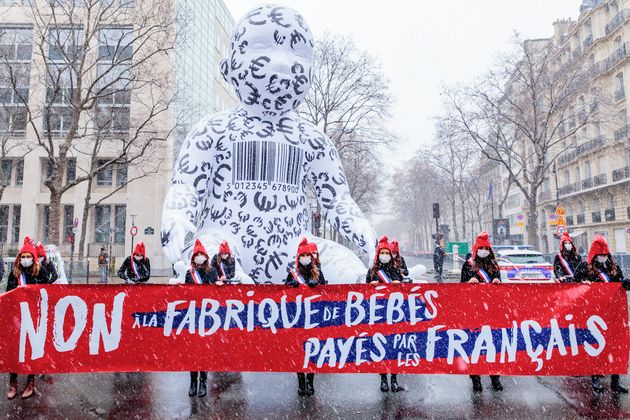 “The government is taking advantage of the health context”

“Curfews everywhere in France from 6 pm, gatherings very strongly limited. How can we accept that the government should take advantage of this health context to sneak through the bioethics draft law which strongly divides the French people and the whole of society?”, the organiser read in a statement.

Ludovine de La Rochère, President of La Manif pour tous, stressed that “to impose on children, obviously without their consent, to be deprived of a father all their life, is perfectly unfair and even unequal”.

The march in Paris was the beginning of several mobilisations to encourage senators to “review the bill from top to bottom”, which will continue until 30 and 31 January,when there will be bigger demonstrations all across France.

CPDH: “The bioethics draft law is neither organic nor ethical”

The Protestant Evangelical Committe for Human Dignity (CPDH), which has been a member of the Marchons Enfants since 2018, called for the text to be rewritten in a press release on 15 January, pointing to “a draft law that is neither organic nor ethical, yet supported at all costs by the French government”.

The CPDH denounces the use of assisted reproduction and the research on the human embryo and embryonic stem cells. “We want to see article 16-4 of the Civil Code protected, which stipulates that no one can undermine the integrity of the human species. Any eugenic practice tending to organise the selection of persons is prohibited”, they added.

Published in: Evangelical Focus - europe - Over 5,000 people protest against the bioethics draft law in Paris