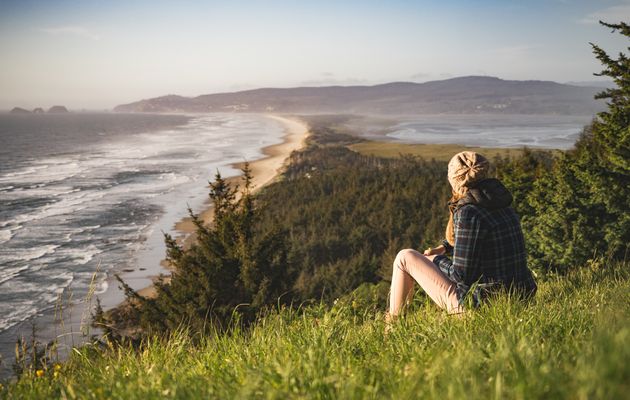 In the great sweep of the Biblical narrative, Nadab and Abihu are no more than bit players. They appear briefly on the stage of Biblical history then disappear without trace.

Yet we can learn much from them. All that we know is that they were sons of Aaron, so were designated for the priesthood. They were privileged to see the God of Israel, along with Moses, Aaron and the 70 elders of Israel on Mount Sinai (Exodus 24).

Then here in Leviticus 10 they meet an untimely death.

What did they do to so upset the Lord that he put them to death? They took their censers, put fire in them and added incense; and they offered unauthorised fire before the Lord, contrary to his command.

So fire came out from the presence of the Lord and consumed them, and they died before the Lord (verses 1-2).

At first sight it seems that this severe punishment did not really fit the crime. They got carried away with their enthusiasm and paid with their lives. Surely that is a bit strong!

But let us unpack it a little. Beginnings are very important. For example, when you start a new job, the impressions which you make in the first few days, good or bad, are vital, and may well stay with you for a long time.

In the early stages of a marriage, unguarded or unwise comments to our spouse can introduce a note of sourness or hurt into the relationship which can last for many years.

The Israelites were facing a new beginning. Worship at the tabernacle was being instituted. The priests had just been consecrated. The Lord had spent a lot of time giving them detailed rules on how he wanted this worship conducted.

Then Nadab and Abihu come along and drive a coach and horses through these rules by merrily doing their own thing with censers, incense and fire.

How should the Lord have reacted? Should he have only given them a rebuke and told them not to do it again. That would have delivered the unconscious message that breaches of his laws were not particularly serious. It would have opened the door for the priests to take liberties whenever they felt like it.

The other day a friend was complaining to me how one of his employees never met the deadlines which he set. It transpired that he had never sanctioned him for missing these deadlines, so the staff member, consciously or unconsciously, did not feel the need to change.

Light is shed on this incident by the words which the Lord addresses afterwards to Aaron, the grieving father of Nadab and Abihu. He says, You and your sons are not to drink wine or other fermented drink whenever you go into the tent of meeting, or you will die (verse 8).

Why should he have brought in this regulation at such a sensitive point in time? It can only be because Nadab and Abihu were under the influence of alcohol when they offered this unauthorised fire. Seeing their action as a drunken prank violating the place of God’s holiness puts their actions in another light.

Alcohol emboldens us to do things which we would not normally do, for it represses our inhibitions. Thus Nadab and Abihu had what we English (rather curiously) call Dutch courage to do what they would have hesitated to do had they been sober.

I know from church pastoral experience how many extra-marital sexual relationships began under the influence of alcohol. It can easily break down the barriers of our conscience that help to keep us pure.

I am always fascinated to read the strip cartoon, Chloe & Co., featuring a number of young women (mostly single) living for pleasure.

I was shocked by one such cartoon where a woman asks her friend, ‘Have you ever thought what it would be like to have sex when you weren’t drunk?’ The friend replies contemptuously, ‘Don’t be so disgusting!’ Is that what our Western societies have come to?

Even when stone cold sober, we can still fall prey to the kind of misguided enthusiasm exhibited by Nadab and Abihu. I see it often when somebody gives a prophetic word at the front of church.

They begin well, then become so caught up in the excitement of delivering a word from the Lord that they start bringing in their own ideas, their own words. These may sound convincing, but they do not have the anointing of the Spirit on them.

I once learnt the hard way not to enthusiastically add my own ideas on to something which I had heard from God. My wife and I needed to do some building work on our house. We had consulted God, felt that we received the green light from him for the work, and obtained the necessary mortgage with no problem.

As the work proceeded, the builder suggested a number of other additional things which he might do. These all seemed good to us and we agreed to them, but without consulting the Lord.

As a result we went seriously over budget and our finances were stretched beyond the limit. We ended up in financial difficulty and had to be temporarily bailed out by kind, generous friends.

We earnestly sought the Lord as to why we had fallen into this position, when he had given us the OK for the work. We finally realised that our enthusiasm had carried us outside the zone of his protection.

Thankfully, we are now under grace, not under the law as Nadab and Abihu were. So we did not fall dead before the Lord.

But we did learn not to allow our enthusiasm to carry us beyond the boundaries of his will and purposes.