The transgender draft law and the feminist debate

The “historical” feminists have totally rejected the Spanish trans draft law because they see it as a step backwards in equality that also “endangers children”. 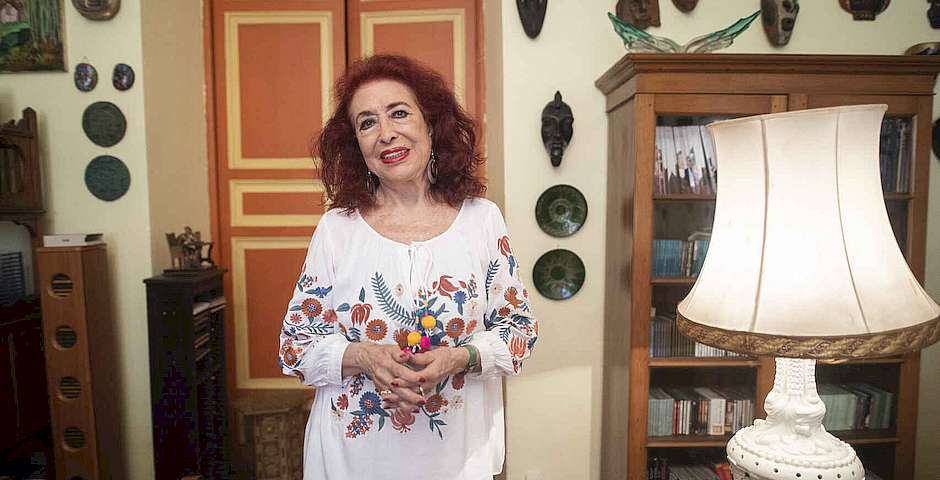 Lidia Falcón, a well-known Spanish feminist in Spain. She and others oppose the Trans Draft Law.

Historical feminism has its roots in the 19th century, and emerged through groups of anti-slavery Protestant women, who published the first manifesto in favour of women's rights and inspired by the Bible: the Declaration of Sentiments, signed at the Seneca Falls (US) convention in 1848.

The declaration simply advocated equal rights for women in all areas. This movement gathered the suffragettes, the textile workers with their strikes and the black slave women, and it led to the the publication of Uncle Tom's Cabin by Harriet Beecher Stowe.

From the middle of the 20th century onwards, other feminist movements have emerged (2nd and 3rd waves, liberal, radical), up to the present day 4th wave, when there are many different groups.

The so-called “historical” feminists have totally rejected the trans draft law that the Spanish Minister of Equality Irene Montero wants to approve, because they see it as a step backwards in equality.

Last November, after seeing the first text, this group wrote an open letter to the Spanish President, Pedro Sánchez. Now, after learning of the draft law, they have released a statement. The group includes the philosopher Amelia Valcárcel, the Social Democrat Ángeles Álvarez and the writer Laura Freixas, who this Monday said that the draft trans law of the Ministry of Equality is “reactionary” and “unconstitutional”.

In a statement, the “historical” feminists also believe that it “endangers children” because “referring to 'trans children and minors' is not at all progressive, but politically reactionary and constitutes possible child abuse”.

They are convinced that the draf tlaw encourages children to make “uninformed, but induced” decisions and to undergo conversion therapies. They point out that professionals working in endocrinology units report that 85% of children give up the idea of  “being trans” when they go through puberty.

The group questions contradictions such as the demand to “depathologise” transsexuality, when what is proposed is “permanent medicalisation”.

It also criticises the use of the term “intra-gender violence”, as that produced between people of the same gender, because it dilutes violence against women; and it empties the category of sex of its content.

“If sex is irrelevant at the legal level, all policies to combat the structural inequality that women suffer become irrelevant”, warn the authors of the statement.

The group believes that the text is “clearly unconstitutional”, because its lack of linguistic clarity undermines judicial certainty, confusing sex with gender.

“Everything we have been pointing out constitutes a transcendental, ethical and political debate, which cannot be kept from public opinion because it has serious practical consequences. The debate must be broad, deep, open and multidisciplinary”, concludes the statement.

We, as evangelicals, should be part of this debate, bringing our vision to it. They present reasons with which we fully agree and which we at the Seneca Falls Platform, as well as other evangelical collectives, have been saying for some time. Among others, the Spanish Evangelical Alliance with its statement about the the trans draft law.

What amazes me is that public opinion is not turning against these women, as it does when we evangelical or Christian groups argue against this draft law and others that aim to eliminate sex, manipulate children and get rid of parents.

It seems that “historical” feminists are not so far off the mark on these issues. May they continue and may our voice as evangelical feminist women be heard in society at this complicated and confusing time in history where more light and guidance is needed than ever before.

Let us take advantage of the fact that, at least this time, we are going with the current and not against it.

Asun Quintana is an evangelical pastor in Madrid (Spain), and coordinator of the Woman Working Group of the Spanish Evangelical Alliance.

Published in: Evangelical Focus - Features - The transgender draft law and the feminist debate