The smaller number create groups that have a higher level of sharing and intimacy, this is seen in the Bible discussions, but also in the conversation afterwards. 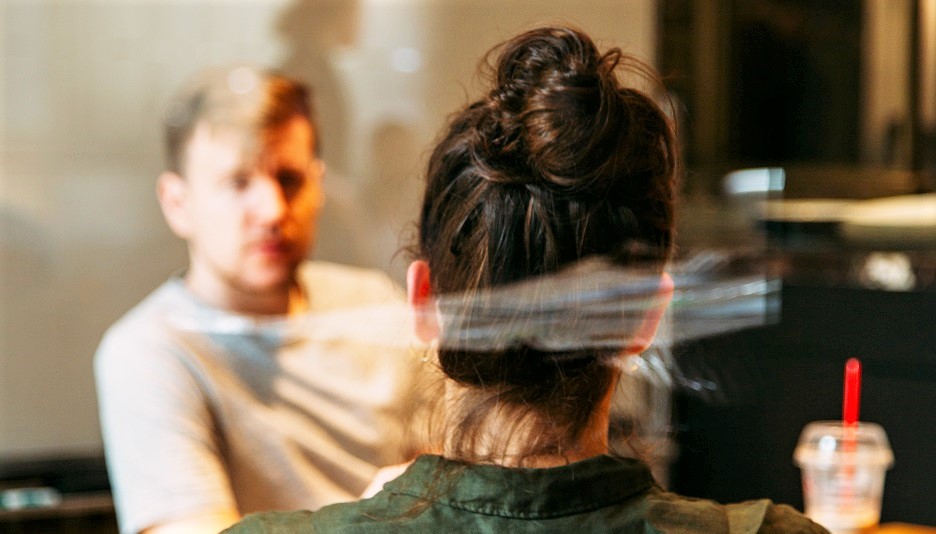 We’d been round at a friends house for food and a catch up. Most weeks after the school pick up, we get invited and simply turn up.

There’s usually between six and eight of us, from two families. There’s always great food and lots of fun, to be honest its just really easy company. This is a regular occurrence in our life and we love it… until recently.

A recent update from the UK Government meant that people can no longer socialise in groups of more than six (the “rule of six“). This announcement has scuppered the previous hope that the rules on social distancing could be lifted by the end of the year. In this blog I’m not taking an opinion or sides on this rule, rather reflecting on it in relation to friendships.

For some, this rule has had a limited impact. One comedian joked that this rule didn’t affect him. He said “I’m not really in that place, my social circle is so small, I couldn’t even get six mates to my funeral if Champions league was on”.

For others it was far more challenging. Large families unable to socialize in coming months. The moral dilemma of snitching on your neighbours. The reality that stopping and chatting with a group of friends (greater than 6) was now seen as a crime. For some friends it rubbed salt into a wound of loneliness that they’d been feeling for months.

For me, the one word I came up with was “inconvenient”. It wasn’t awful, I was sad my extended family wouldn’t be able to meet together. But I was also hopeful that it wouldn’t be for too long. On the whole, I’m creative and enjoy lateral thinking. This was a fresh challenge for me to grasp. There was no way we were not seeing friends and family again. So I just had to work out how we divide families into two, or focus on seeing friends in smaller groups.

But this attitude of inconvenience bubbling up from within really bothered me. I’m aware that many of us are on the edge, and anything stressful just adds to our already fragile nature. But I stopped and asked myself, are my friendships based on convenience or they are intentional? Are my friendships driven by love, self sacrifice and generosity, able to weather through the storms of life?

I’d been reading a book this summer called “Made for friendship”. The book starts with a quote from CS Lewis. “To the Ancients, friendship seemed the happiest and most fully human of all loves; the crown of life and the school of virtue. The modern world, in comparison, ignores it”. Over the summer I began to question what friendship really was. But to be honest in the busyness of life I’d not taken these thoughts any further. Ironically, as socialising is being limited, I think I might be beginning to learn afresh about the concept of friendship.

In this season there is a unique opportunity to commit to friendships in a fresh way.

As I began to think through some of the implications on my life, I remembered that the number six is pretty good for friendships. I’m sure the number was chosen to slow the spread of Covid-19 (and not based on friendship), but please hear me out on this one. I’d been reading an excellent book in the spring called “The Art of Gathering”. Priya Parker, the author is a “professional gatherer”. She says that when gathering people together there are magic numbers, one of them is six. Groups of six create a high level of sharing and intimacy. Compared to groups of twelve which offer some level of sharing but are far more diverse in opinions. (Groups of thirty begins to feel like a party, its has its own distinctive quality, but a single conversation is difficult within a group this size, and one hundred and fifty is an audience). This struck me that now, in this season, its a time for deep friendship, with high levels of sharing and intimacy.

So rather than fighting against what we don’t have, I want to be able to adapt and flourish with what is possible. This is a season where we can gather in smaller groups. According to Priya that group size is perfect for creating an atmosphere where genuine, real friendship can grow. For me, even in this strange season I’d love to learn to live like the Ancients “where friendships are the happiest and most fully human of all loves”.

If you’d like to read more about how we’re adapting to the rule of six and seeing it as an opportunity to dive deeply into rich friendships in our church homegroup then click here. IFES student groups are focusing their strategy using small groups read more here.

We belong to a Church home group called Rooted, for six years we’ve met together on alternate weeks. Our group consists of about fourteen people, but its pretty fluid. People come and go for work, or life changes. We meet for food, friendship, studying God’s Word and supporting each other in prayer. That was until lockdown hit.

We turned to Zoom as our way to meet, and have been online since. There have been highs and lows that I’m sure you’ll associate with.

As we started to plan for the autumn term we decided to stop and pause. Things had changed since we last met in July, we weren’t in lockdown anymore and yet we had the rule of six to contend with. So we prayed and talked through our options. We made a plan for how our group could meet, in a way that best supports us all and our values.

In some ways, as a large group, it would have been easier to stay on Zoom. But we decided to be creative and see if another approach might be what we need in this season. The Universities have had to shift how they teach this academic year. Some are teaching online, others are flipping how you learn, listening to lectures on your own and coming together to discuss. Hopefully some are still teaching in person!

We’re intrigued by the concept of blended learning and hybrid teaching and the implications on church life. I’ve seen colleagues do national training whilst gathering in small groups to listen and discuss, and I’m helping plan an international conference with in person country groups.

We decided to go for a hybrid approach for Rooted, we’re not in a local lockdown yet, so this is still possible. Our group of 14 (usual attendance about 7) split into three clusters, one online and two “in person”. At one home we had four, another home three and six online.

The logistics were a bit complicated but we worked hard because we believed in what we were doing. We thought through the advantages and disadvantages to the tech we were using, but also reflected upon our core values as a group. In the end we decided to join altogether (on Zoom) for the welcome, and a short introduction to the Bible discussion. We then discussed the passage in our clusters, and came back together for feedback and prayer. The “in person” clusters were on one screen per house, the online cluster logging in individually.

Here are some things that I noticed about our homegroup:

1. This was our highest attendance ever. Those that could were quick to jump at the chance to meet in person. But having an online cluster meant that many more could also attend. The online cluster consisted of; single parents, a COVID shielder, one person with flu and two people who were working away.

2. Each person had a greater opportunity to speak. Optimal conversation happens in groups of 4-5. I’d been thinking for a while that our group was too big but because it was so fluid we hadn’t split in two. It was wonderful to hear people talk and contribute in a way that I’d not heard before.

5. Opportunity to grow. We intentionally created groups of 5 or less so that we could grow. Week one a friend joined who had never been to church before, she loved the welcome and a chance to meet with others in person. Due to her religion she wouldn’t be allowed to go into a church building, however studying the Bible in someone’s home was fine!

Could it be for this season that God is calling his church, his people to have a higher level of sharing and intimacy? I think so, we look forward to seeing what God will do in and through us in Rooted.

Published in: Evangelical Focus - Features - Why the “rule of six” could help your friendships - and your home group