Racism and the Great Commission 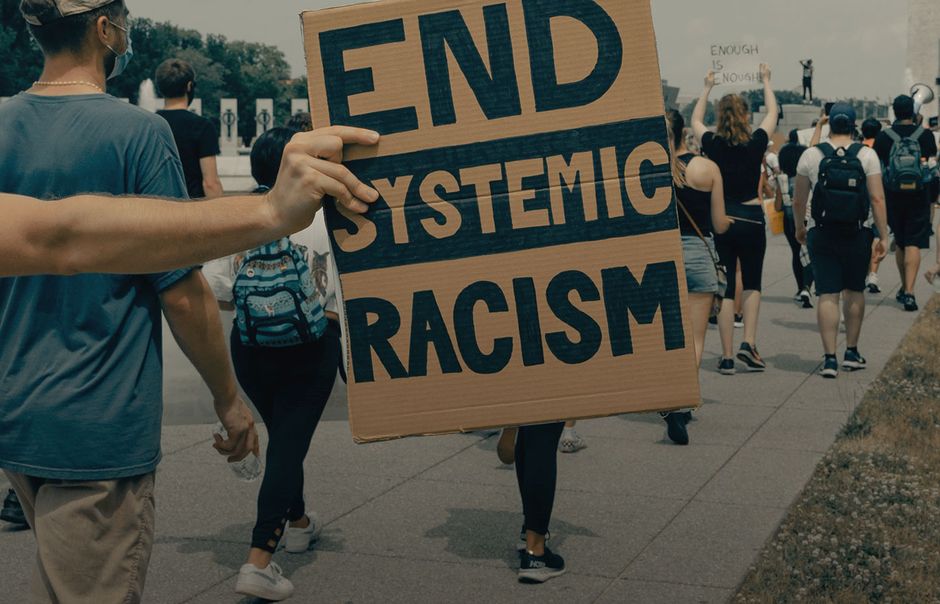 In Part-one of this article, we discussed the various approaches to racism and were reminded that as Christians, ‘evangelism and socio-political involvement are both part of our Christian duty’. 1

In this part, we are bringing some further reflections from global perspectives, to emphasize how racism under its many shades can desensitize our conscience and weaken our conviction.

We are our brother’s keeper, a good neighbour, and not just an onlooker. Do we weep with those who weep? How can we stand in solidarity with the vulnerable, the marginalized? 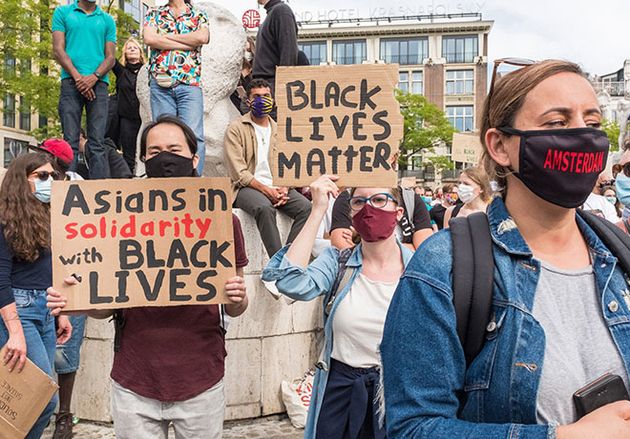 Creating a heart of solidarity

The protests against racism in America and around the world made me reflect more deeply on the verses in Genesis 1:26-28. God has created us all in his image. Why do we treat one person better than the other? Why is someone considered superior to another with less money in his bank account?

Why should someone’s background define his or her future? A good example is ‘Singerl twins’; twins who have stayed in the same womb for nine months but who were born with different skin colours. If God has no problem with our skin colour, either dark or light, why should we?

Being a Pakistani Asian girl and with a little darker complexion than my sisters, I have been a victim of racism and would stand with all suffering from racial attacks, physically or mentally.

I used to receive comments such as: ‘Who will choose to marry you? Use this fairness cream.’ In my culture it is common to tag people with descriptions related to their sensitive areas—fat, slim, tall, short, fair, dark, are a few examples.

It was not until my teenage years that I thought I was pretty and my skin colour was beautiful as I was made in the image of God.

Our world is diverse—we see different ethnic groups in different regions. People cannot control how they look; it is the expression of genes in physical characteristics. Over time, genes which could not dominate will eventually disappear. This is called natural selection.

Science explains our different ancestral origins. But according to the biblical concept we are all one race (‘one blood’ in Acts 17:26); the human race comes from our ancestors, Adam and Eve.

When we stand confidently and assuredly on God’s word, only then can we appreciate the diversity of the human race and stand in solidarity with those being discriminated against.2 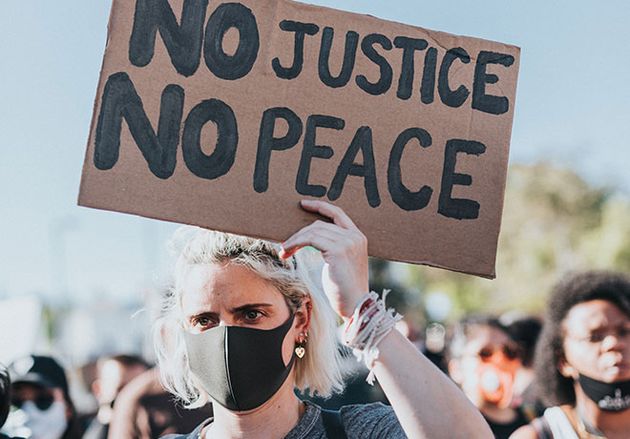 Experiencing or witnessing acts of racism brings with it a number of strong feelings. Some may feel anger or rage, others fear or anxiety, still others despair or hopelessness. These are all normal and understandable reactions to the injustice of racism. Indeed, they align with God’s response to injustice.

His anger and sadness in response to injustice are clear. And no wonder! Acts of racism often result in traumatic responses, impacting the individual, family, and community for generations.

This intergenerational trauma is wide-reaching and can include broken relationships, development of mental health concerns such as depression and anxiety, use of substances as a way to dull the pain, a disconnect from community, degrading of cultural or religious values and so much more.

This is not the plan that God has for us. Rather, God seeks a unity in worship ‘from every nation, tribe, people, and language’ (Rev. 7:9).

When confronted with this disconnect between the purpose that God has for us and the reality of racism and its consequences, an appropriate initial response is that of biblical lament.

Throughout the Psalms and Lamentations we are provided with a model of connecting with our emotional responses to injustices such as racism. Our emotions are not to be pushed away or ignored, they are to be owned and presented before God.

We have an awesome heavenly father who is ready and willing to hear our anger, fear, and despair. In bringing our emotional responses to God, we connect with a God who has been in our shoes, who understands completely the pain of those under racist attacks.

But more than this, we tap into something much bigger than ourselves. This is the God who created the universe! And the amazing thing is he chooses to live in and among us. We are his hands and feet in this world.

So let us bring our outcry against the injustice of racism to the creator God and listen to what he would have us do as his witnesses ‘to the ends of the earth’ (Acts 1:8). 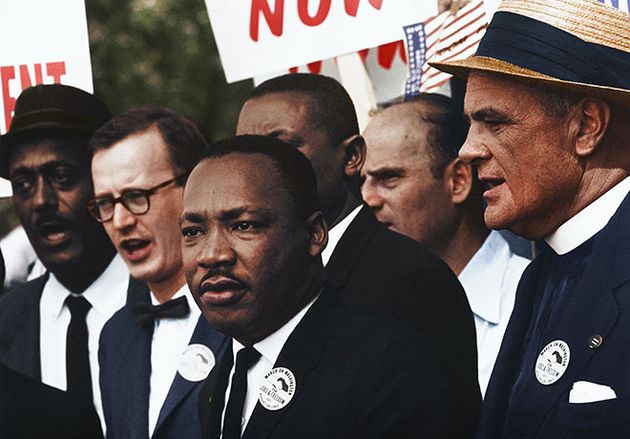 Summoning the church for a greater vision

In 1967 Martin Luther King Jr. delivered a Christmas sermon at the Ebenezer Baptist Church, during which he made the following statement: ‘. . . all life is interrelated. We are all caught in an inescapable network of mutuality, tied into a single garment of destiny. Whatever affects one directly, affects all indirectly’. 4

These words have reminded me of the need to stand in solidarity with those who face struggles in a different country or region. I write as a black man, but more so a black man from Jamaica, where the prejudices we face are more class struggles than race, denigrating nonetheless.

I am often tempted to look only at issues that affect me directly and not give as much thought to other contexts. Yet, the reality is that I am not untethered from the affairs of others; the COVID-19 pandemic is a perfect example as to how we all can be affected. We should see the ‘cancer’ of racism in the same way.

I am directly referring to the church when I say ‘we’. I am not only a black Jamaican, I am also a Christian—part of the global church, called to be salt and light in this world, helping to address the moral decay and shining in the darkest areas of the human heart and society.

How can we effectively be a redemptive voice in this space? Let me share an example. In the book, While the World Watched, by Carolyn McKinstry, one of the survivors of the church that was bombed in Birmingham, Alabama that killed four young girls in 1963.

She recounts her experience during ‘Jim Crow’, the former practice of segregating black people in the US, and speaks about the Supreme Court’s ruling in 1954 in which Chief Justice Earl Warren ‘ordered the nation’s public schools to desegregate with all deliberate speed.

But the state of Alabama chose not to cooperate with the Supreme Court’s decision. Alabama’s public schools and facilities remained strictly segregated’. 5

The above example is important to show that laws may exist to protect, but they evidently cannot make us love each other or like each other. Only Christ’s love can transform our hearts and attitudes.

The church needs to challenge fellow Christians not just to preach the gospel but also demonstrate Christ’s love for others, whether they have the same skin colour or not. 6

In God’s kingdom, it has never been about colour, tribe, ethnicity, class, language, creed, or religion.

We as the Younger Leaders Generation Empower team are so grateful to contribute to Lausanne Global Analysis, our first project with Richard Coleman as the lead author, to voice a global outcry, and ask our leaders in the Christian faith to echo the same, in the passion of the Lord.

We are born for such a time as this, when the solidarity of Christian workers in the forefront for humankind can bring hope to this world through our Lord and Saviour Jesus Christ.

We will build bridges and empower the younger leaders to keep going strong in him. Please stand with us!

Jennifer Javed Khan works with the University of Management Technology as Trainer/ Head Senior School in Pakistan. She volunteers at Naulahka Presbyterian Church, Lahore with Faith Seekers (age group 12-16 years), and with Lausanne YLGen Educate. She is a member of Lausanne National Leadership, Pakistan.

Rebecca Yin Foo is an Educational and Developmental Psychologist working in private practice in Brisbane, Australia, supporting children, young people and their families. She participated in the Lausanne Younger Leaders Gathering 2016 and Global Workplace Forum 2019. She has co-authored three counselling books, and is commencing her Masters of Ministries at Malyon College.

Paul Lewis is a Jamaican staff worker with Students Christian Fellowship and Scripture Union (a member of the global network of IFES) where he works primarily with university students. He is also a Christian apologist and writer (contributing monthly articles for Christian Today Australia for the last 6 years). He recently launched a podcast, ‘Musings: thoughts from a biblical worldview’.

Susan Ann Samuel is a lawyer from India and the author of Unseen Yet Seen. She is now pursuing a Masters in International Law at the University of Edinburgh. With a passion to socially engineer change through law and empowerment, she feels called to nurture lives across the globe through her legal career, writings, and public speaking.

This article originally appeared in the May 2021 issue of the Lausanne Global Analysis and is published here with permission. To receive this free bimonthly publication from the Lausanne Movement, subscribe online here.

2.  Editor’s note: See article by Melody J. Wachsmuth, entitled ‘At the Roundtable for Roma and Non-Roma’, in May 2020 issue of Lausanne Global Analysis, https://www.lausanne.org/content/lga/2020-05/at-the-roundtable-for-roma-and-non-roma.

3.  Editor’s note: Esau McCaulley argues that reading Scripture from the perspective of Black church tradition is invaluable for addressing the urgent issues of our times. See his book, Reading While Black: African American Biblical Interpretation as an Exercise in Hope (Downers Grove, IL: IVP Press, 2020).