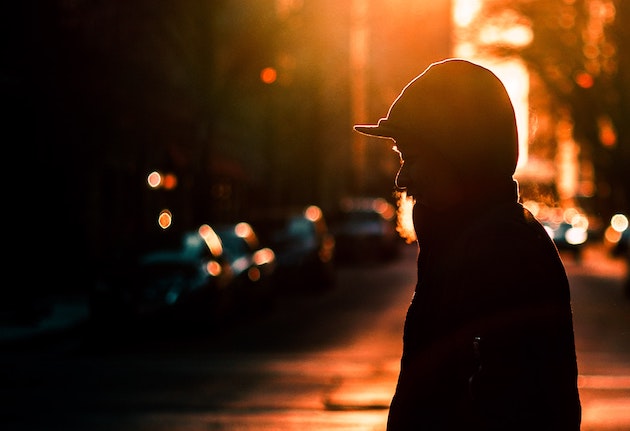 Every year close to 800,000 people take their own life, that is, one person dies every 40 seconds by suicide, according to the World Health Organization (WHO).

It is the second leading cause of death among 15-29 year-olds, and is a global phenomenon in all regions of the world. Over 79% of global suicides occurred in low- and middle-income countries .

“Every death is a tragedy for family, friends and colleagues. Yet suicides are preventable. We call on all countries to incorporate proven suicide prevention strategies into national health and education programmes in a sustainable way”, the WHO says.

On September 10, the World Suicide Prevention Day, the WHO launched a “40 seconds of action” campaign to raise awareness about “the biggest public health problem in Europe, with more 120,000 people commiting suicide each year”.

It's #WorldSuicidePreventionDay. Suicide rates in the WHO European Region are higher than the global rate. Each year more than 120,000 people commit suicide in the Region. If you think someone may be considering #suicide, it's time to say #LetsTalk: it could help save their life. pic.twitter.com/Jg2TxUhwd3

Although talking about suicide was considered taboo for many years, the trend is changing, as the awareness of mental health care is also advancing. WHO figures show that between 65% and 95% of suicide cases are closely related to mental health problems.

According to Nel González Zapico, President of Mental Health Spain, “a transversal approach to suicide is essential to mitigate its effects: prevention, detection, diagnosis, treatment and continuity of care for mental disorders”.

Recently, Spanish news website Protestante Digital published an interview with psychiatrist Pablo Martínez on the subject of suicide, which we reproduce because of its relevance.

Question. Are there factors in today's society that can favor the increasing number of this tragedy?

Answer. Without a doubt. We live in a society that generates, among others, two existential toxins of lethal effects: emptiness - “life has no meaning” - and despair - "I see no future for me” -. There we have a great breeding ground for suicide.

The sociologist Z. Baumann speaks lucidly of a “liquid” society where everything is fragile, ephemeral and focuses on the “short term”.

This explains, for example, the colossal crisis of relations; we live an epidemic of broken relationships and the wave of suicides is no stranger to this painful reality.

As for the other toxic, despair, we simply reap what has been sown in the last 150 years. The prophets of despair, Marx, Freud and Nietzsche (among others), strived to “destroy all illusion” (literal quotation referring to faith in God) and have preached a materialistic worldview of life, “without God and without hope” (Eph. 2:12).

This worldview entails a high toll. Sooner or later it leads to frustration, emptiness and bitterness. Sartre said: “The path of atheism is cruel and painful”. There is a close relationship between hopelessness and despair.

In this context, suicide becomes an extreme response when one feels in the depths of his heart that everything is “vanity of vanities” in the words of the Preacher in the Ecclesiastes.

Q. While the link between suicide and mental disorders (particularly depression-related disorders and alcohol use) is well documented in high-income countries, many suicides occur impulsively in times of crisis. Is it possible to prevent or anticipate these risk situations?

A. The keyword here is “impulsively”. Suicides in times of crisis usually occur in two types of situations. On the one hand, in men and women with a normal, healthy personality, but who are faced with extreme circumstances of stress, especially if they occur quickly and unexpectedly.

A historical example is the great crisis of the stock market in 1929, when the economic crack caused a significant number of suicides among people without previous psychiatric problems. It can also happen with an unexpected breakdown of a relationship as we noted before.

The other situation occurs in people with mild or moderate personality disorders that have often not been diagnosed. Due to their low intensity, they may go unnoticed until a circumstance, often a contradiction, something that does not happen as they wanted or anticipated, leads them to an impulsive, uncontrolled and unconscious reaction.

They are currently blinded by anger or rage (hence these episodes are called temporary mental alienation). There was an underlying impulse control problem that had gone unnoticed.

Both cases have in common their sudden and unforeseen nature, so prevention work is often difficult.

However, if we detect the first thunder of the storm, there are two things we can do: accompany and listen. These are the two greatest needs of the human being in times of crisis: feeling accompanied and feeling understood through empathic listening. The so-called “telephone of hope” has saved many lives, because it offers these two aspects. There is listening and there is presence, even at a distance and with a stranger.

Let us not forget the balsamic value of words as Proverbs points out so well: “The word spoken in its time, how good it is!”.

Q. It is increasingly common to hear cases of evangelical pastors who commit suicide, especially in Latin America and the US. Sometimes with hidden depressive disorder, and sometimes without apparently having detected anything abnormal. Could the dynamics of the current church trigger or even cause a disorder in a pastor to take him to this point?

A. Emotional exhaustion (the so-called “burn” or burn out syndrome) can cause depression. We see it in the Bible with two great pastors, Moses (Numbers 11:10:17) and Elijah (1 Kings 19). Two giants of faith came to ask God to take their lives.

The way Lord treated these suffering pastors, with love and understanding, gives us a precious role model to follow.

It is exceptional, however, that depression caused by exhaustion leads to suicide, if there is no basic problem like those mentioned above. The pastor knows that, before suicide, he can leave the church or even leave the ministry (either temporarily or even permanently).

The pastorate is a work of great emotional demand, hence the need for constant personal renewal.

No doubt there are always aspects to improve in the church (for example, an excessive emphasis on activism); but the priority to prevent the pastors is not to improve the church, but to strengthen the pastor, teach him to take care of his own vineyard, to renew himself, to receive as much as to give.

Too many pastors forget that they are fragile, brittle “jars of clay”. In thinking that they are “iron jars”, they overestimate their resilience.

However, this question forces us to expose two other situations that help us understand the problem of suicide among pastors. The first is more common in the US, the second in Latin America.

In the US it is not uncommon to find atheist pastors or with a very weak faith. In certain denominations, liberal theology has turned theology into mere anthropology and faith in pure humanism.

For example, the so-called “Theology of the death of God” is booming, advocated by W. Hamilton who said: “We need to redefine Christianity... without the presence of God”. In this context of pure humanism, everything mentioned in the first question applies: suicide correlates very high with vital despair.

The second situation occurs more in Latin America and is coming to Europe: some churches place newly converted people, spiritual children, in places of responsibility, who obviously lack the maturity necessary to face the government of a congregation.

Biblical teaching on the requirements to be a pastor (or deacon) is ignored. 1 Timothy 3: 1-13 sets a bar of spiritual maturity that is essential to respect.

To ignore these requirements means putting and exposing immature people, young in the faith, in a position of high emotional and spiritual demand. The consequences should not surprise us: personal crises and crisis in the churches.

Q. Is there adequate pastoral care of pastors, or is there a loneliness in the responsibility of those who have this burden on their shoulders?

A. The pastor needs to be pastored. This is one of the pending subjects of many men and women of God. One of the great enemies of the Christian leader is loneliness.

You cannot be a rock and an island at the same time. In most emotional crises of pastors we find a history of loneliness, with a process of progressive isolation.

Therefore, I highly recommend that the pastors have one or two people of full confidence with whom to share burdens, doubts, release tensions and pray together.

It is a time of life review and vision renewal. Once or twice a year of “personal check up” constitutes a good problem prevention.

And let's not forget the spiritual struggle dimension of pastoral work: we are immersed in a battle that goes beyond human affairs. The pastorate is not a natural work, it is supernatural.

That is why we need prayer so much. Prayer support is key (see the apostle Paul's own experience of this in a period of tribulation, 2 Corinthians 1: 9-11).

Q. An important issue is whether the suicide involves a rupture of the relationship with God, and therefore an eternity away from Him. Can we affirm this?

A. No one can make claims that belong exclusively to God. We cannot remove or put “salvation labels”, it would be foolish. We are not in God's place to judge.

That said, there are two biblical principles that frame this issue and that we need to keep in mind. On the one hand, suicide deeply displeases God. We cannot minimize the importance of this sin because God is the ruler of our life, the only one who has the right to give and take it away.

On the other hand, we must not fall to the opposite extreme. The only sin that the Word of God presents to us as unforgivable is stubborn, persistent disbelief, the so-called blasphemy against the Holy Spirit (which was the sin of the Pharisees).

As we have seen, suicide factors frequently involve factors of mental illness, crisis and others that are not related to a previous position of deliberate disbelief.

Therefore, it is only for God to evaluate and conclude what is sin, what is disease, what is an aggravating factor or what is an attenuating factor. God is the just judge and He knows absolutely everything about us, so His judgments are perfect. We rest in His justice and cling to His grace.