Terry English, of youth ministry Josiah Venture, says discipling young people is “walking alongside them, helping them understand that their faith is about a relationship with Christ”. 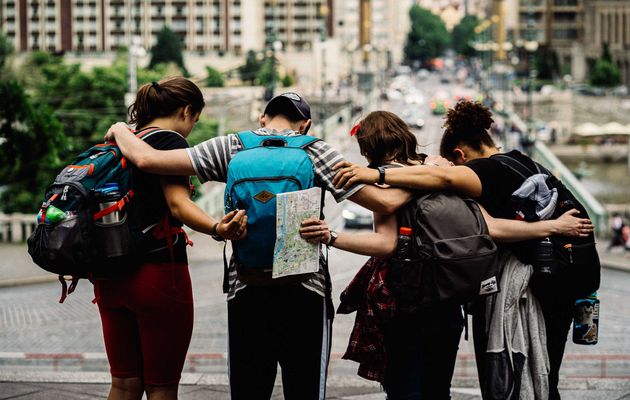 Discipleship is key for the well-being of any church. However, many churches disciple-making strategies just focus on discipling adults, forgetting the importance of walking alongside children and young people.

“When we reach young people, when we are discipling them, we need to speak to them in a way they understand”, said Terry English, Vice President of strategy and training for Josiah Venture, in an interview at the European Leadership Forum in Wisla, Poland.

Recent surveys have shown, that more young people are declaring themselves atheists now than never before. “That can look as a bad thing, but I actually believe that what it shows is not that young people are leaving the church, but that they were never really in the church”, he pointed out.

“Changes in Western culture are showing us the importance of really grounding young people in their faith”, English added. He emphasised that “parents have the primarily role of discipling young people […] , the church should be their partner on that”.

You can read the full interiew below.

Question. How does the Apostle Paul show us to disciple youth in a relatable way?

Answer. In Acts 17 Paul is in Athens, and when he begins to speak to the people there, instead of condemning them for worshipping many, many other gods, he says: “People of Athens, I can see that you are very religious, because as I walk around your city, I can see many statues to many gods. And there is one statue I saw which you have called the unknown god, and I would like to tell you about that unknown god”.

What Paul did is to look at the culture he was trying to reach, and worked out how to speak to them in a way they would understand about things that are important to them.

That is important when we are reaching young people today as well, when we are discipling them. We need to speak to them in a way they understand, about ideas and situations that are important to them.

Q. How has the changing culture in Europe affected discipling young people?

A. It has had a very big impact. Many years ago, usually your nationality dictated your religion, your faith. A lot of churches felt that, as long as people turned up on Sunday, they were saved.

That can look as a bad thing, but I actually believe that what it shows is not that young people are leaving the church, or leaving Christianity, but that they were never really in the church.

What changes in Western culture are showing us is the importance of really grounding young people in their faith. If someone says he is a Christian, it is important that he understands what that means, that he really has a relationship with Jesus Christ, not only relationships with people in his local church.

Changes in Eastern Europe also have had a big impact. The culture there has changed more in 20 years than it has in the West in the last 40 or 50 years.

Many parents of young people today have no idea who their children are, so that it is very important for us to walk alongside parents, as we equip them to also disciple young people.

Q. How can we help young people to develop strong roots in their faith?

A. I believe that the strong roots everybody needs are: a life of prayer, regular reading of the Word, learning how to listen to the Holy Spirit, and a Christian family around them, be that their own family, or their Christian community.

These are incredible strong roots, from which we then see fruits of service, obedience, love and worship.

Unfortunately, many churches and people just look at how a young person acts, as a mark of a good believer, so that young people have learnt to act as if they were good Christians, without having those strong roots in their lives.

That is why it is so important to walk alongside the young person, and help them understand that their faith is about a relationship with Jesus Christ, and that most happens to prayer, reading the Word, listening to the Holy Spirit, and Christian community, so that it is important to re-emphasise these things for young people, and be with them as they develop those habits.

Young people will make mistakes along the way, that is normal, and they need to understand that those are normal, they are not vital, and they can keep going.

Q. What is the role of parents in discipling young people?

A. A poll that came out some years ago, showed that parents have the primarily role of discipling young people. If parents are not discipling their own children, it is very unlikely that that children's faith will survive adulthood.

Parents should not expect the church to be the one discipling their young people, the church should be their partner on that, but there are the first ones.

In situations like in Eastern Europe, or some parts of the world where you are reaching young people who do not have Christian parents, what does that mean? It means that, when a young person comes to Christ, he needs spiritual parents, someone that will walk alongside them, on a regular basis, in a really life-impacting way, so that that young person can grow and feel that he has someone who cares.

Terry English is the Vice President of strategy and training for Josiah Venture. As such, he oversees the creation and rollout of ministry teams and disciple making resources throughout Central and Eastern Europe, and also oversees evangelistic ministries and tools currently being used by over 400 churches.

Prior to moving to the Czech Republic 20 years ago, he also worked with youth and student outreach ministries in the USA, UK, and Norway.

While his focus is now on training local churches, he also continues to work with a local youth ministry in the Czech Republic so that he can keep his finger on the pulse of current trends in youth culture and has recently helped his local church plant a new expression of church in Ostrava.

Published in: Evangelical Focus - life & tech - “Changes in Western culture show the importance of grounding young people in their faith”