“Our sexuality is rooted in the nature of God himself”

Glynn Harrison speaks on the beauty of God's plan for sex and analyses the impacts of the Sexual Revolution. 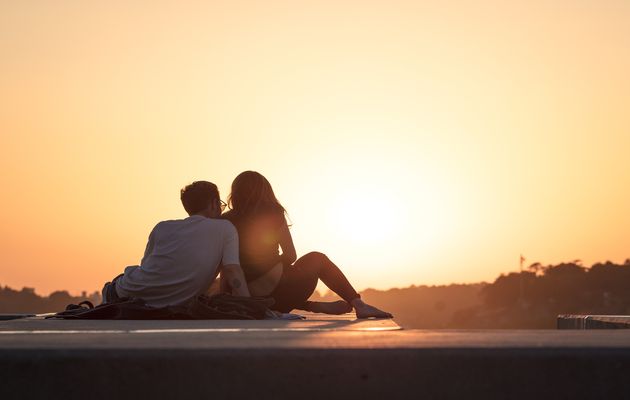 Our culture is obsessed with sex and yet our churches often avoid the subject or speak only in negative terms.

According to English psychiatrist and author Glynn Harrison, “our main failing is that we perpetuate a shame culture around sex, linked with ignorance, fear and avoidance”.

However, Harrison says that “our sexuality is rooted in the person and nature of God himself, because we learn in the Scriptures that God made humans being in His image”.

“Sexual revolution has forced us to face up what we really believe about this experience of being made sexual and being embodied as human beings”, he explains in an interview during the European Leadership Forum in Wisla (Poland).

Harrison believes that sex plays a role in God’s plan for human flourishing, not matter if we are single or married:

“When we are faithful with our bodies, whether we are married or not, we show the kind of love that God has, and when we do that, we are bearing His image. When we bear His image well, we flourish”. 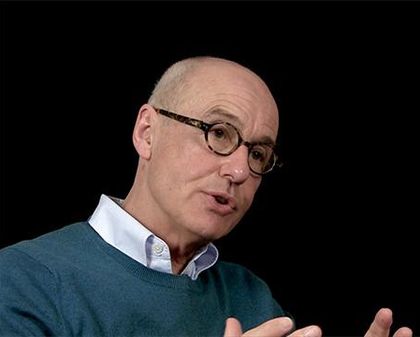 Question. What is the biblical foundation of a Christian approach to sex?

Answer. Our sexuality is rooted in the person and nature of God himself, because we learn in the Scriptures that God made humans being in His image and likeness, male and female, He made them.

This carries with it a number of important repercussions and implications. First of all, He is a creative ruler, so we participate, in His image, in that role, indeed. He gave us dominion over His world. He says: “you rule in this world I put you in”.

And He is immensely fruitful, He creates out of nothing, He loves making more of His world, and He calls us to participate in His fruitfulness.

He said: “You go to all the world, be fruitful, create more human beings in my image, bearing my image well”.

Finally, and this brings us to the sexual part. God is a lover, that is His nature, the persons of the Trinity, Father, Son and Holy Spirit, pour themselves out to one another endless love.

You may wonder what all that means. It means that, when God loves, He loves passionately. If you look at some of the pictures of God's love, in the Old and the New Testament, these are intensively passionate, affectionate, He pursues us, He sings over us.

In fact, one of the strongest images of God's love to His people, is the bridegroom and the bride, the love of a husband for His people. Over, and over, and over again, we see that.

And of course, when Jesus came in the New Testament, one of the earliest titles given to Him is bridegroom. At the end of all human history, it will be the marriage supper of the Lamb, of Jesus, with His people.

This is a powerful metaphor that continues its way throughout the Bible, and its rooted in the image of God: He is a lover, we are lovers.

That love expresses itself in all kinds of ways: the first person we look into the eyes is our mother, we are drawn to love and affection, and she to us and we bond together.

Then, we discover the loving friendship, but in its highest, the most intense form we find it in the love of the spouse, to whom we give ourselves.

There is always a second hallmark to it, that goes hand in hand with it: His passionate love is always a faithful love, He does not go out with somebody else, He is bound to us in love for better for worse, for rich and for poor, to the end, and that makes marriage such a beautiful picture of God's love.

When Paul remembered this insight, that we become one flesh when the man leaves his parents to unite with his wife, he said that this is a great mistery.

That does not mean that it is just a puzzle, it means this is something bigger and more wonderful than we will ever understand, so marriage is for us a picture of the Love of God.

Q. In what ways have Christians failed to present a biblical view of sex?

A. I think our main failing is that we perpetuate a shame culture around sex, linked with ignorance, fear and avoidance.

I will tell the story of an encounter I had with my grandmother when I was about 8. I sensed there was a word she might feel uncomfortable with, that I just heard on the radio, I was not very sure what it meant, but I thought I did.

So I say: “Granny, what does the word pregnant mean?”. It was mid 50s, she looked embarrassed, and she said: “I do not know”. That is a little window into this culture of shame and fear of talking about this.

That is largely because in Christianity, for centuries, our beliefs, our convictions, our ways of life about this, have been pretty much mainstream. We have not had to sustain them, to make the case over and over again for them, we have not had to fire our imagination about why do we believe this, we just did, and they just rolled on.

The sexual revolution overturned all that, and suddenly we were left with the shame, the fear, and the ignorance, but we need to put in something better in is place.

I think much of this is attributable to the entry in the church life of the platonic or the Greek fuse about the body being something to fear, something that lowers the spirit. Or the gnostic heresy, which again told that the body was opponent to the spirit.

Both ideas entered into Christianity, and perpetuated this notion among us that our body is something we have to be ashamed of, and somehow it cannot be part of God's good gift.

Sexual revolution has overturned all that, and it has forced us to face up what we really believe about this experience of being made sexual and being embodied as human beings.

Q. What role does sex play in God’s plan for human flourishing?

A. Human flourishing is realizing our potential as human beings, and of course that means entering fully into what it means to bear the image of God.

And what role does sex play in bearing the image of God? It means that we love like He loves, and we express and bear that image by becoming lovers, as He is a lover, and we noted that there are two ways in which God is a lover.

He is passionate in His love, but He is also faithful, which makes Christian marriage the icon, the great symbol on earth, of the kind of love that God has.

A couple that enters into marriage is pointing, witnessing to the kind of love that God has, by the love they show to one another.

Equally, a single person, who abstains from sex outside marriage, equally honours what marriage means. Both witness to the meaning of marriage as the symbol of God’s faithful love.

When we are faithful with our bodies, whether we are married or not, we show the kind of love that God has, and when we do that, we are bearing His image. When we bear His image well, we flourish.

The other way in which sex leads to flourishing is that sex is ordered toward having children, but again, whether we are married or not, we are all born into a family of some kind.

In the Christian vision, our individuality, our importance as individual human beings, of course witnesses to our individual rights. But more than that it calls us to duties to one another, and one of our great duties as Christians is to support families, because in stable families we proper as human beings.

In England today, 50% of kids reach the age of 16 with both parents in the home, the other half, have experienced some degree of unstable family life.

That is a tragedy for our society, and we contribute with human flourishing when we support strong families, by supporting strong marriages, by bearing God’s image faithfully and well.

Glynn Harrison was formerly Professor and Head of Department of Psychiatry, University of Bristol, UK, where he was also a practicing psychiatrist. Now, as an author and speaker, he is interested in issues at the interface between biblically-based faith and psychology, neuroscience, and psychiatry, as well as wider issues of culture and Christian worldview. His most recent book, A Better Story: God, Sex and Human Flourishing, turns a critical eye to the sexual revolution.

Published in: Evangelical Focus - life & tech - “Our sexuality is rooted in the nature of God himself”