The first line went well, but when the surprised sheep passed by, someone at the other side of the table lay in stitches. “Surprised sheep”, my son roared with laughter. He vividly imagined a big flock of sheep that en masse dropped their jaws. 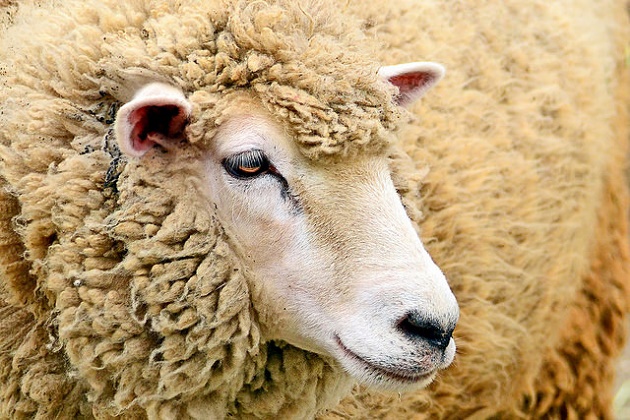 “It is still night in Bethlehem. The sheep are surprised.” So we sang, flawlessly of course. After we moved to Prague we started singing Dutch songs after dinner, with my husband playing the guitar. We do this to make sure our children still sing songs in Dutch. Usually we sing randomly through the song book, but as it is Advent we now sing from the Christmas section, about choirs of angels and dark nights. This week however, it was clear that not all songs are equally well received and appreciated.

Joyfully we started singing the aforementioned song. The first line went well, but when the surprised sheep passed by, someone at the other side of the table lay in stitches. “Surprised sheep”, my son roared with laughter. He vividly imagined a big flock of sheep that en masse dropped their jaws. They turned their heads in bewilderment to watch the shepherds walk away, leaving them behind in the fields. I could not suppress a wide grin myself, so we had a lot of fun together. Tough for Reverend Troost who wrote this song, but the poetic depth for now is wasted on my ten year old.

It’s night and pitch dark.  You’re all hanging around a fire to stay warm and keep an eye on the sheep. Then, all of a sudden there is an angel next to you. And an angel with an incredibly surprising message. “A saviour has been born to you, in Bethlehem.” And if that wasn’t enough, the starry sky is no longer visible as there is a huge choir of angels singing. Luke 2 doesn’t literally say that the sky was illuminated by the angels, or that they flew through the sky whilst singing, but that’s what I have always assumed. And so have a lot of painters who have tried to depict this scene. Anyway, it must have been the most beautiful and impressive choir, ever heard on earth.

God came to earth as a little baby, born, just like all humans on this planet, only to die as an adult man, to save the world. That is such an extraordinary story that it’s almost unbelievable.

I’m speechless. But I believe the unbelievable. And yes, I am surprised too.