When we decide to follow Jesus, his resurrection life enters into our bodies, so that we are ‘in Christ’ and we become a new creation. The old has gone, the new has come! 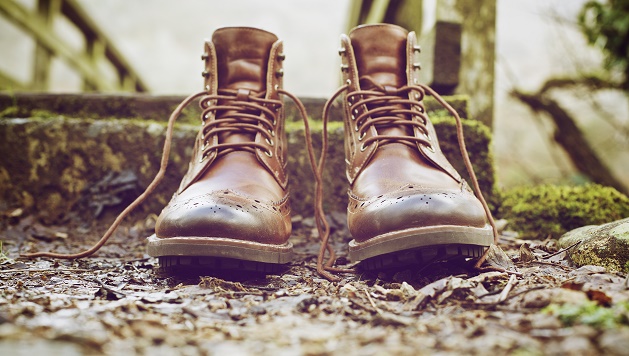 A favourite question in children’s Bible quizzes is, Which is the shortest verse in the Bible? Anybody who has been to Sunday school will certainly know that it is John 11:35: Jesus wept - though in the original Greek language it is three words. What, then, would be the shortest verse ever spoken by Jesus? One of the contenders would surely be Luke 17:32: Remember Lot’s wife! (four words in Greek). But who was Lot’s wife, and why should we remember her?

We know very little about this lady. The Bible does not even tell us her name, though Jewish tradition says that she was called Edith and was a native of Sodom. Everything we know about her from the Bible is in one verse - Genesis 19:26, which tells us, Lot’s wife looked back, and she became a pillar of salt. At that moment Lot and his family were fleeing from Sodom and Gomorrah, where they had lived, because God was destroying these cities on account of their wickedness. He had explicitly told them, Flee for your lives! Don’t look back, and don’t stop anywhere in the plain! Flee to the mountains or you will be swept away! (Genesis 19:17).

But Lot’s wife could not resist one last look back at the cities she had left. For that, she was turned into a pillar of salt; and even today you can see a pillar of salt named ‘Lot’s Wife’ near the Dead Sea at Mount Sodom in Israel - though whether this is indeed Lot’s wife is open to question. It is pretty difficult to explain one human being turning spontaneously into a pillar of salt, especially when the other four around her were unharmed. It can only be the judgment of God. But why did he take such drastic action? And why does Jesus tell us to remember her?

The context of Jesus’ words in Luke 17:32 is an encouragement to his disciples to prepare themselves for the coming of the kingdom of God. He tells them that as this kingdom is spreading and as he is preparing to come back to judge the world, most people will be blithely unaware and will be carrying on with their everyday lives, eating, drinking, marrying, buying, selling, planting. He relates this to two periods in Old Testament history: firstly, the days of Noah, when judgment came on the whole earth in the flood, and secondly, the days of Lot, when judgment suddenly came on Sodom and Gomorrah with burning sulphur raining down from heaven (Luke 17:26-30).

Jesus warns his disciples that when he is revealed from heaven, nobody should even try and go back to their house to get any of their possessions, for that would be fatal (Luke 17:30-33). Why, we do not know; but we will know when the time comes. Then he says, Remember Lot’s wife! Whoever tries to keep his life will lose it. And that is exactly what Lot’s wife tried to do. For the original Hebrew of the Old Testament tells us that ‘she looked around from behind Lot’. In other words, she was lagging behind the others and carefully surveying the scene, probably with more than a hint of regret and nostalgia at all the friends and familiar things which she had left behind.

That is why we need to remember Lot’s wife. Jesus said, No-one who puts his hand to the plough and looks back is fit for service in the kingdom of God (Luke 9:62). When we decide to follow him, his resurrection life enters into our bodies, so that we are ‘in Christ’ and we become a new creation. The old has gone, the new has come! (2 Corinthians 5:17). So, if we live our lives constantly looking back and yearning for what we have left, we deny this new creation and we stifle the life of Jesus within us.

A friend of mine once received a picture from God. She was driving her car and was constantly looking in her rear-view mirror. He told her that if she did that too much, her eyes would not be on the road ahead and eventually she would crash. That is how it is with us: if we spend too much time yearning for the things of the past, we miss out on what is happening in the present and our life with Jesus may well crash. Instead, we are encouraged to fix our eyes on Jesus, the author and perfecter of faith (Hebrews 12:2). We have the opportunity to get to know him now, so that we are ready to welcome him whenever he is revealed to us, however sudden that may be.