Being in a relational situation where you are unloved can feel very oppressive. But the Lord sees your situation. He says, “I will show my love to the person who is not loved” (Hosea 2:23). 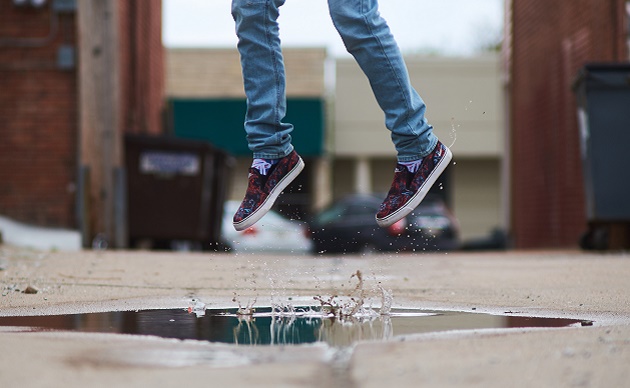 My wife had an Indian friend who was living in Britain and whose marriage had been arranged by her family. Initially my wife was quite shocked by this. However, her friend explained that in the West people generally first fall in love, then get married afterwards; but in India things are traditionally done differently: you marry first, then fall in love afterwards.

Can you make an effort to fall in love with somebody? Many Westerners would say, No. But the experience of so many people in Asia belies this. And how many people in the West fall madly in love but end up cold or indifferent towards each other, even hating each other – the divorce statistics make sober reading.

The experience of falling in love – what the French call the coup de foudre (lightning bolt) - is deeply embedded in Western culture. So many books, so many films focus on it as their theme. Yet it is far from unique to Western culture.

Over 3,000 years ago in a middle Eastern culture, in what is now NE Syria, Jacob fell so head over heels in love with Rachel that he was willing to work for her father free of charge for seven years in order to marry her; and they seemed only like a few days to him because of his love for her. He carried on loving her until the day she died.

However, when the long awaited wedding day came, things did not go according to plan, as we read in Genesis 29. Jacob’s new father-in-law, Laban, was a crafty man. He had two daughters and he had a problem: his younger daughter Rachel was highly eligible, lovely in form and beautiful; and he had promised her in marriage to Jacob. But how was he going to marry off his older daughter, Leah, who is described as having weak eyes? His solution was simple: on the wedding day, when the time came to consummate the marriage, he sent Leah into Jacob’s tent in place of Rachel. Clearly in those days things were done in darkness without much talking, for it was only when Jacob woke up in the morning that he realised he was sleeping with the wrong woman!

Problem solved for Laban. But problem created for Jacob. Laban brushed off his protests and told him he could have Rachel as well, once he had completed his bridal week with Leah, if he worked for him for another seven years.

So Jacob now had two wives: one whom he dearly loved and one whom he had never taken much interest in? What was he to do? He could have followed the example of my wife’s Indian friend and sought to love Leah as well; but sadly, he did not.

Jacob looked after Leah, he provided for her, he kept her and her children safe; but it seems that he never loved her. Look what she says when her first three sons were born. No. 1: “It is because the Lord has seen my misery. Surely my husband will love me now.” No. 2: “Because the Lord heard that I am not loved, he gave me this son too.” No. 3: “Now at last my husband will become attached to me, because I have borne him three sons” (Genesis 29:32-34).

Later in the marriage she even had to give a gift to Rachel in order for Jacob to sleep with her (Genesis 30:14-16). One can only imagine her daily pain of living for years with a husband who loved another woman and not her.

Some of you may have experienced, or are experiencing, this pain of living in a relationship where you feel unloved. Perhaps it is a husband or wife whose affections are elsewhere, perhaps it is a father a mother, a son or daughter who does not love you. Or perhaps you simply feel alone and unloved in this world. For all of you, there is good news. We read in the Bible, When the Lord saw that Leah was not loved, he opened her womb (Genesis 29:31). In the culture of that time it was crucially important for a woman to bear children for her husband, and the failure to do so was considered a mark of shame and disgrace. So this was a powerful way for the Lord to show favour to Leah.

Ultimately the unloved wife became the mother of six of Jacob’s 12 sons, including Levi, the ancestor of all the Jewish priests, and Judah, the ancestor of our Lord Jesus. Leah spent her life with a husband who never really loved her, but little did she know that in the future the children which she bore him would have such a profound effect on human history.

When we are living through pain, it is so hard to see outside and beyond the pain. It is good to ask God to open our eyes to see beyond it, for this will generate hope.

The Spirit of the Lord binds up the broken-hearted, bestows on them a crown of beauty instead of ashes, a garment of praise instead of a spirit of despair (Isaiah 61:1-3).