60 explosive quotes from an old-fashioned prophet of the Lord. 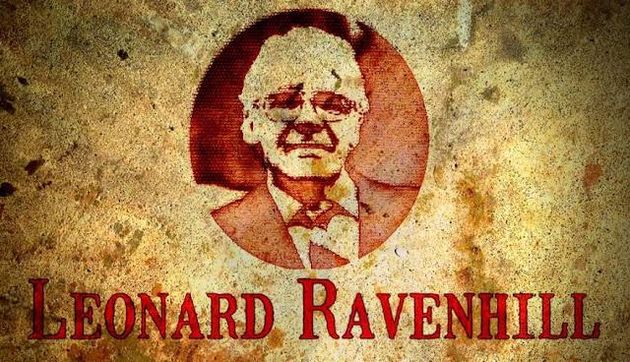 He was an old-fashioned prophet of the Lord, a prayer-warrior and a valiant preacher of the truth. He left no one indifferent and his writings continue to stir thousands.

Today I want to take some time out to give you a sense of what Ravenhill was all about. I have put together sixty of my favourite Ravenhill quotes and I trust they will bless you all!

The fact that all men are judgment-bound is the most sobering thought I know.

It seems to me we are advertising and advocating a Christianity that has the colour but not the character of the real thing. Anything in the spiritual life that savours of discipline or of really “taking up the cross” is termed legalism and is despised.

Without question, the greatest need of this hour is that the church shall meet her ascended Lord again, and get an enduement that would usher in the revival of revivals just before the night of nights settles over this age of incomparable corruption.

The Spirit comes upon praying people.

An old mystic once said, “There are only two places for God’s people –in the dust and in heaven”.

God pity us that we have swung from the Upper Room with its fire to the church with the supper room and its smoke.

God pity us that after years of writing, using mountains of paper and rivers of ink exhausting flashy terminology about the biggest revival meetings in history, we are still faced with gross corruption in every nation, as well as with the most prayerless church-age since Pentecost.

The chair of the prophet of the Lord is vacant.

Pale, pathetic, palliating preaching must go. The pulpit never needed voices more that it does at this hour.

The Word helps the suffering as a as a mother hugs a weeping child; but it also slaps us in the face.

No good can come out of evil men and evil plans.

Revival is worthwhile at any price.

We are all as spiritual as we want to be.

It is far easier to cool down a fanatic than to warm up a corpse.

The world boasts its atomic power; some cults boast their satanic power; but where are those who boast Holy Ghost power?

I believe the failure stems back to our poverty in prayer.

Are we Christians playing on the lawn while men perish? This go-to-church-once-a-week-and-pay-your-tithes-and-sing-in-the-choir Christianity is a farce, if that is the limit of our Christian service and the extent of our passion for souls.

We will learn to pray, I am sure, for God will see to that. He is not concerned about our happiness but about our holiness.

Because of Hannah’s silent prayer Eli thought she “had been drunken”. If you get Spirit-intoxicated about revival, if you get to the place where there is little relish for food, somebody is going to start jeering.

Without prayer we cannot live the Christian life.

The place where the Christian stops to refuel is prayer.

These days we are spiritually so subnormal that to be just normal (according to the New Testament pattern) seems to make us abnormal.

If God were to commission angels to serve Him down here, heaven would be empty of angels in five minutes. But God wants men! He wants obedient men, broken men, weeping men, resolute men –men strong in courage, men strong in will, men of ability, men of durability.

When preachers lack unction, no one is fooled. That preacher has not gone far who, after he has ministered the Word, needs the back slap of friends or the stimulant of others’ flattery in order to “feel good”. The preacher who is elated over human praise for his preaching will sink under human criticism. This proves that he is walking in the flesh. A pastor can be inexpressibly happy after preaching a word from heaven even if his congregation storms at him.

The preacher must pray. It is not that he can pray or that he could pray but that he must pray if he intends to have a spiritual church. There is no other way to power but by prayer.

A praying preacher is never envious of another man whose pulpit mastery exceeds his own. He glories that another can explain the way of the Lord more perfectly and glue the ears of a shifty congregation to the Word of the living God.

It is my solemn conviction that if a man is a preacher, he can be nothing else.

Praying is something we love or we loathe. There is hardly a middle course. Reading one hundred expositions about prayer will never equal one vital experience of prayer.

No man is greater than his prayer life.

Revival must not be just a once-a-week concern in the midweek church prayer meeting. Would any girl become an opera singer by practicing once a week? No! She must give herself to singing.

Prayer is another way of telling God that we have all confidence in Him but no confidence in our own native powers. Neglect of prayer is an effrontery to God, for by it we are saying that we have confidence in the flesh and can operate the spiritual life on a do-it-yourself basis. Strong men (self-strong) neglect prayer, or sometimes slight or ignore it, and therefore show their self-esteem and their near-independence of divine help. But weak men cry to God, because God’s strength is guaranteed to be made perfect in their weakness.

Dear reader, do you and I realize that we are just one heartbeat from a fixed state of reward, by it of joy or shame?

Feelings or no feelings, we must pray.

There has never been a time since the Calvary-Pentecost birth of the church that she was not a conscious minority surrounded by an arrogant militant paganism.

There is but one way to save this generation. It is the way of the Christ, and the outpouring of the Holy Ghost.

Preacher, to no other man on earth does God give such an awesome task as to you. You trade in eternal things. Yours is a calling that angels might envy. To you is given a power that hell fears above all other powers on earth. You are a divine delegate, a God-endued ambassador, a plenipotentiary.

I believe the Christ who cleansed the Temple in the days of His flesh would, without question, cleanse the pulpit if He were here right now.

Who is spending more per annum on dog food than on propagation of the Gospel?

To me it is a shocking commentary on present Christian feebleness that while, in the first century, 120 men could move from an upper-room closet and shake Jerusalem, nowadays 120 churches claiming a like experience of the Holy Spirit can be in one of our cities and yet that city at large hardly know they are there.

Preacher, let’s all take a day off and examine ourselves, whether we be in the apostolic succession or not.

Shun that abomination, a book of sermon outlines. If God inspired that preacher who wrote the book, why cannot He inspire you?

We seem to this hour be as far removed from apostolic Christianity as the pope is from marriage. We are strangers from the commonwealth of the divine power of Pentecost.

The answer to our dilemma is not a new revelation from heaven. The answer is seeking the old paths and digging out the old wells which superior knowledge, human pride and flat disobedience have stopped up.

Do I handle the other person as though he were Jesus Christ in disguise?

Once again in many parts of the earth, the Word of the Lord is being blamed, burned or banned. History is repeating itself. But God’s Word is imperishable and infallible. Even in this super-scientific age we have no apologies to make for the Bible. It is God’s final word to man. It is at the present God’s only word to man. It is an infallible revelation from an infallible God to fallible man.

Has great preaching died? Is soul-hot preaching a lost art? Have we conceded to the impatient modern snack-bar sermons, spiced with humour to edge jaded spiritual appetites? Do we endeavour to bring the “power of the world to come” into every meeting?

I am increasingly convinced that tears are an integral part of revival preaching.