When the Lord gives us a word to guide our lives, he only reveals to us as much as we need to know at that time. 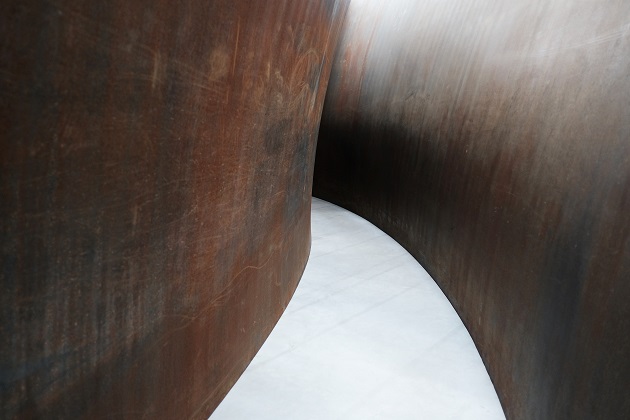 Today I want to look at the question, If God has given us clear guidance about a particular area of our lives, can he give contradictory guidance later on?

On the face of it, this is a pretty obvious question. After all, God is not human, that he should lie, not a human being, that he should change his mind. (Numbers 23:19). Yet, if we dig a little deeper, looking at the life of Jacob, we may be surprised at what we find.

When Jacob was a young man, fleeing from the anger of his brother whom he had defrauded, God met with him and told him, “I am the Lord, the God of your father Abraham and the God of Isaac. … I am with you and will watch over you wherever you go, and I will bring you back to this land” (Genesis 28:13-15), that is the land of Canaan, which is present day Israel.

His grandfather Abraham had died while he was still a teenager, but he would certainly have remembered conversations with him about the guidance that Abraham had received from the Lord many years earlier: “Leave your country, your people and your father's household and go to the land I will show you” (Genesis 12:1) – which turned out to be the land of Canaan.

The Lord was as good as his word. After spending 20 turbulent years working for his uncle Laban in Paddan Aram (on today’s Syria-Turkey border), he brought Jacob back to Canaan, where he settled down comfortably to spend the rest of his life and enjoy the fulfilment of God’s promise. However, following God’s path is rarely smooth – Jesus called it a narrow road (Matthew 7:14). As he was reaching old age, a severe famine broke out – and there were no aid agencies to step in as there are today.

The only place where there was food was Egypt, so twice Jacob sent his sons there to buy what they could. The second time they came back not only with food, but with the amazing news that his long lost son Joseph was actually alive and well and had become the second ruler in Egypt! Even though travelling long distances at his age was difficult and potentially dangerous, Jacob was determined to go to Egypt to see his son before he died (Genesis 45:28).

Then something remarkable happened. As he was setting out, God spoke to him in a vision at night. “Do not be afraid to go down to Egypt, for I will make you into a great nation there. I will go down to Egypt with you” (Genesis 46:2-4). Hang on a minute! Had God not told Jacob, and Abraham too, that Canaan was the place where they should be? And now he was telling him to leave Canaan and go to Egypt.

No, God had not changed his mind. For, many years earlier he had told Abraham, “Know for certain that your descendants will be strangers in a country not their own, and they will be enslaved and ill-treated for four hundred years. … In the fourth generation your descendants will come back here” (Genesis 15:13-16). He did not specify to Abraham which country this would be. Now, Jacob’s journey to Egypt would be the beginning of the fulfilment of that word.

I experienced something similar in the early years of my Christian life. When I had known Jesus for only a few days I opened my Bible at random – because it seemed such a big book and I did not know where to start reading it – and I came across 1 Corinthians 7 – which I did not even know existed. There I read, An unmarried man is concerned about the Lord’s affairs – how he can please the Lord. But a married man is concerned about the affairs of this world – how he can please his wife – and his interests are divided (verses 32-33). I clearly felt a prompting from the Lord, saying, That’s how I want you to be: concerned about my affairs. So, I concluded that I was to remain unmarried.

15 months later I was thrown into confusion when I found myself irresistibly attracted to a girl in the university Christian Union and realised that the attraction was reciprocated. Everything seemed to point to beginning a relationship together; but what about that word that God had given me about remaining unmarried? I didn't understand, but deep in my being, in that place where I had received guidance from the Lord before, it seemed right to start the relationship, while asking God to show me clearly if I was making a drastic mistake. He did not show me; we went on to get married, and will shortly be celebrating 43 years of very blessed married life.

For many years this apparently contradictory guidance remained something of an enigma to me. Then one day it came to me: the Lord had told me to remain unmarried so that I would focus on growing in my relationship with him and not on chasing after girls in the Christian Union with my newly found freedom in Christ. When the right girl came along, it was time for that word to lapse and for another to take its place.

When the Lord gives us a word to guide our lives, he only reveals to us as much as we need to know at that time; then later he may tell us something more, which may seem to contradict the earlier word. He sees the whole picture, from beginning to end; but we, with our human limitations of time and space, can only see a part of it.

So, if the Lord has given you a word for your life, obey it 100%. But do not hold to it so dogmatically that you fail to hear a subsequent word which may move you along a new path. Life with him is rarely mono-directional.