The world of moths

These insects are mentioned in the Bible ten times, in the Old and New Testament. 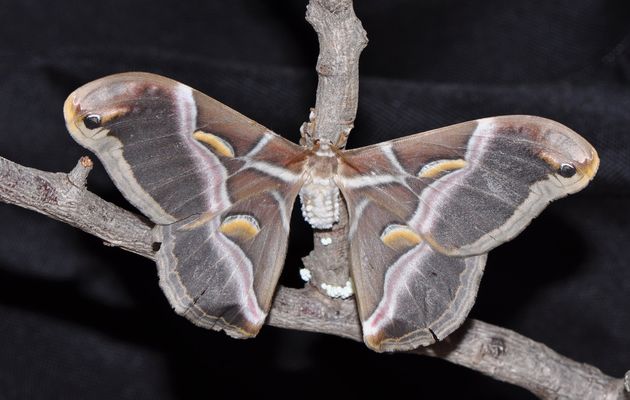 Although this classification was later modified, most people continue to use the term “moth” for the nocturnal variation on this theme, the ones that flutter around street-lamps and other lights. To this group also belongs the common household clothing moth. 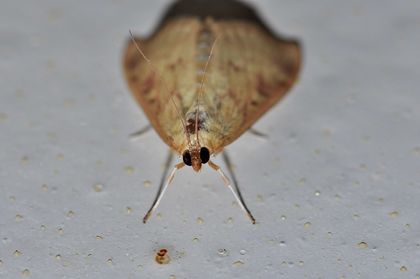 They have always been seen as a plague, bent on destroying certain valuable materials located in human dwellings, like clothing, leather, paper, organic waste, etc.

As a matter of fact, they are a cosmopolitan family made up of small butterflies with a head covered by tiny hairs, a small tongue and long palps.

The caterpillars - called “worms” in the book of Isaiah (51:8) – protect their fragile little body by spinning a cocoon made of silk and fragments collected from their environment, as can be seen in this photograph. 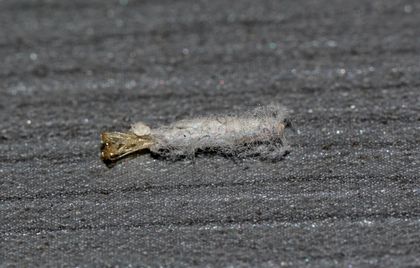 They are very small, measuring between 11 and 25 millimetres long, but, despite their size, they are indeed to blame for the bad reputation they have acquired, as they perforate clothing and do considerable damage to cloth-based materials. It is for this reason that mothballs and other such chemical substances need to be placed in cupboards.

Many specimens of moths have accompanied humankind since pre-historic times. They like to take up residence in houses, stores, stables and also in birds’ nests. They are most frequently found in unhygienic environments.

As the temperature in such environments tends to be more or less constant, they can breed at any time of the year. Their pale colour and the fact that they are so small make them difficult to see, so they can fly around almost unnoticed. 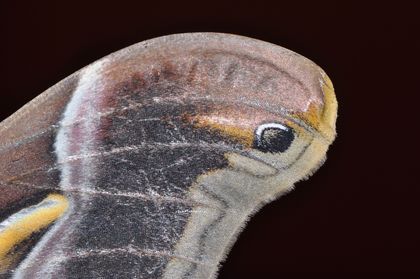 It is very easy to discover their larvae and cocoons in the fabrics which have been affected, or hanging from ceilings or on walls. This was how I was able to discover this white moth, which had settled on the ceiling, during a hot summer’s night. I climbed a ladder and took a few snapshots of it.

However, not all nocturnal moths or butterflies are so pale and colourless. Some of them, like this spectacular Samia Cynthia, for example, the caterpillar of which is known as the Alianthus silkworm, have beautiful colours.

Their wings are large, and can even have a span of up to 12 centimetres. Although they originated in China and Korea, they have spread into all five continents. The design on their wings, resembling the eye of a vertebrate, serves a very useful purpose.

When it trembles slightly, it looks rather like the head of a snake, which intimidates would-be predators. The female lays some 300 eggs.

The feathery antennae of the male are capable of detecting a female’s pheromones dispersed in the air from a distance of several kilometres, and can thus locate them in the darkness of the night. 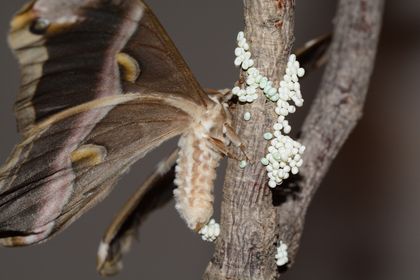 The Biblical example of the moth has a lot to teach us today, in this materialistic society in which we are constantly being urged to endlessly accumulate objects which we do not really need.

However, in the face of this unbridled consumerism, human beings need to ask themselves what the true meaning and value of life consists in. For the believer, accumulating treasures on the earth as the ultimate goal in life is, to put it bluntly, stupid, from the perspective of the Lord Jesus’s teaching.

In the first place, these treasures can easily be lost. A single tiny moth is capable of putting an end to the paper of any bank-note just as quickly as it perforates a garment. And a global economic crisis or a social or political upheaval can have the same result.

Secondly, these treasures can compromise our loyalty to the gospel, as they can easily end up occupying the place that belongs only to God.

And they can ultimately undermine our health, causing our pulse-rate to accelerate and inducing stress and anxiety in our hearts.

It is not wise to accumulate earthly treasure. It is much wiser to invest our true treasure, which is our whole life, in heaven, where no rust and no moth can reach it.

Published in: Evangelical Focus - Zoe - The world of moths