How will we react if God calls us to take a step of faith which could have drastic consequences? 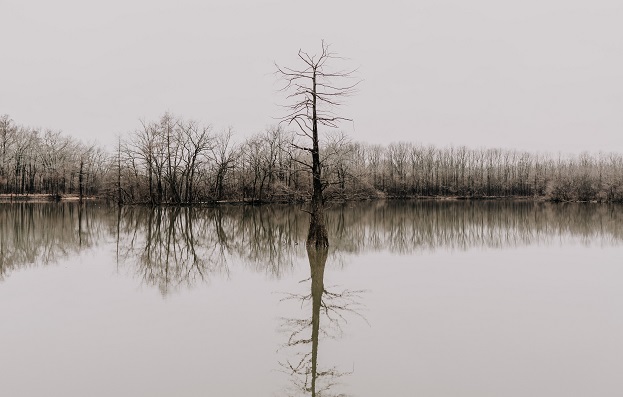 This week Open Doors has published its 2018 World Watch List, categorising the 50 countries of the world where persecution of Christians is most severe.

As for each of the past 13 years, North Korea once again heads the list. In that country, if it is discovered that you are a Christian, you face arrest, torture, imprisonment, and perhaps even public execution; you are considered to be a spy and traitor of the nation, and are condemned for treason. There are an estimated 50,000-70,000 Christians in North Korean labour camps, most with little hope of ever getting out.

However, the most brutal persecutions in history have generally not been for religious but for ethnic reasons. Think of the 1994 genocide in Rwanda, where 800,000 Tutsis and moderate Hutus were slaughtered in the space of 100 days. Think of the extermination of 1,500,000 Armenians between 1915 and 1923 by the Ottoman and Turkish governments. Think of the 6,000,000 Jews murdered under the Nazi regime in the Second World War.

Persecution of the Jews goes back a long way. When Moses was born over 3,000 years ago their Egyptian overlords were trying to eliminate their ethnic identity by killing every Jewish baby boy at birth. Attempts to recruit the local midwives to this process had failed, so “Pharaoh gave the order to all of his people: ‘Every boy that is born you must throw into the Nile, but let every girl live’” (Exodus 1:15-22).

How horrendous was it to for a family to be thrust so abruptly from the joy of giving birth to a son and heir to the tragedy of having the child snatched away by some Egyptian snooper and thrown into the river - and being able to do nothing about it. The collective grief of the Jewish mothers and fathers is almost unimaginable; and   grief like that quickly brings resignation and despair. The Psalmist says, “Horror has overwhelmed me. I said, ‘Oh, that I had the wings of a dove! I would fly away and be at rest’” (Psalm 55:8-9). All he could think about was somehow escaping from his situation. Job in the depths of his suffering says (17:7), “My eyes have grown dim with grief” - I no longer have any clear perspective on my situation.

In the midst of this collective grief and despair a couple called Amram and Jochebed give birth to a baby boy. They already have a girl, Miriam; now they have a boy too! What is more, it was immediately apparent that this child was special.  Yes, all of my children and grandchildren were special when they were born - they were so much more wonderful than any other baby - and I am sure you have had exactly the same experience if you are a parent or grandparent. Yet there was something different about this new baby: we are not told how it was evident, but “he was no ordinary child” (Acts 7:20).

What were Amram and Jochebed to do? There were no doubt Egyptians keeping an eye out for heavily pregnant Jewish women, ready to pounce on their offspring as soon as they were born. Childbirth is not a silent activity, so attention would have been drawn to them. Nor are tiny babies silent creatures. Yet somehow this couple was able to rise above the grief and despair of their community and decide to try to give their son a chance to live, even though Pharaoh had decreed that any Jewish couple found with a baby boy would be severely punished, probably put to death.

How were they able to do this? “By faith Moses’ parents hid him for three months, and they were not afraid of the king’s edict” (Hebrews 11:23). Their living conditions would probably have resembled a present-day refugee camp, where everybody is living on top of each other, walls are paper thin and privacy is at a premium. Quite how you can hide a baby for three months in a situation like that, I have no idea. But they managed it! Faith motivated them, and God responded to that faith by keeping the baby safe.

At the end of the three months Jochebed realised that “she could hide him no longer” (Exodus 2:2). Perhaps she got a tip-off that a neighbour had informed on her, or that an Egyptian had discovered her secret and would be soon knocking on her door. Even when faced with this setback, she does not resign herself to despair, but faith enables her to concoct a plan. She places the boy in a basket among the reeds on the bank of the River Nile and stations her daughter nearby to see what will happen next (Exodus 2:3-4).

If you have ever been to Sunday school, you certainly know the happy ending: Pharaoh’s daughter ‘happens’ to find baby Moses, is enchanted with him, adopts him as her own son and allows Jochebed to nurse him for the first few years of his life, not knowing that she is his biological mother (Exodus 2:5-10). Moses grows up in Pharaoh’s palace and so becomes uniquely qualified to lead his people out of Egypt in due course.

It is this same faith which causes North Korean Christians today not to fear Kim Jong-Un’s edict and to share their Christian faith with family and friends. This same faith motivates North Korean refugees who have discovered Jesus Christ in China to return back to share their new-found faith with their fellow countrymen and women, fully aware of the dangers. God will certainly respond to that faith, as he did to the faith of Amram and Jochebed - which is why there are an estimated 300,000 Christians in North Korea today. Will we stand with them and pray for them?

And how will we react if God calls us to take a step of faith which could have drastic consequences, or when fear looms large before us?