Moses – Bias to the poor

In Western Europe today the majority of the church is made up of the relatively wealthy middle classes. 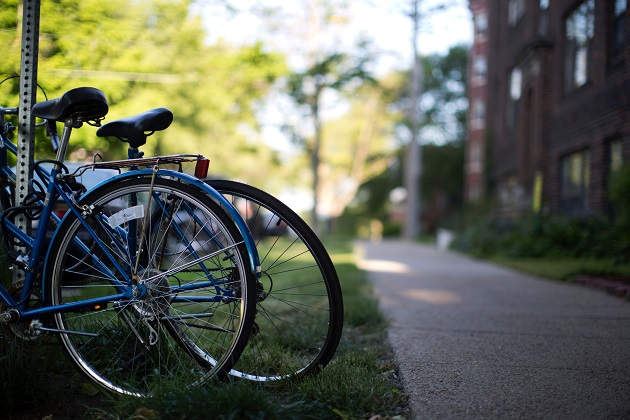 Moses had everything that a person could want for a good start in life. Adopted as the son of Pharaoh’s daughter, he had all the privileges of a person in a key position in the royal family: education, wealth, prestige, power. His future was completely assured.

Yet inside him something was niggling. He knew that he was not an Egyptian by birth, but a Hebrew. No doubt the story of his being pulled out of the river Nile in a basket and then adopted was part of the court folklore, and many jealous courtiers would love to recount it to try to pull him down.

Wherever Moses looked around him he saw Hebrews in slavery, oppressed and ill-treated by their Egyptian masters. He could have said to himself, ‘That’s tough for them, but thank God that he has given me the opportunity to escape from that drudgery. I’ll do my very best to serve him in the Egyptian court.’ Maybe he could also have given money to the poorest of the Hebrews who were not able to work. His life would have been very different, but maybe God would have blessed him even if he had he made that decision.

However, God had better things for him, and he knew it deep down. The Bible tells us, “By faith Moses, when he had grown up, refused to be known as the son of Pharaoh’s daughter. He chose to be ill-treated along with the people of God rather than to enjoy the pleasures of sin for a short time” (Hebrews 11:24-25). He turned his back on wealth, prestige and power to be identified with those who were poor and oppressed.

I remember hearing Michel Camdessus, the former director of the International Monetary Fund, speak at one of the annual European Prayer Breakfasts in the European Parliament. He said, ‘If you want to find Jesus in the world today, go to the poorest person you know, and you will find him there.’ I was shocked when I heard this, but as I reflected on it, I saw the truth of it.

At the beginning of his public ministry, in the town in which he had grown up, Jesus clearly announced his mission: “The Spirit of the Lord is on me, because he has anointed me to preach good news to the poor” (Luke 4:18). And that is exactly what he did. He spent most of his time with ordinary, poor people, teaching, healing, casting out demons, and encouraging. The only time he ever set foot in a palace was under compulsion, during his trial at the end of his life on earth.

Two of those verses from the Psalms were penned by King David, a man who was stupendously rich, yet never forgot the poor, because he was “a man after God’s own heart” (Acts 13:22). Therefore he knew God’s own heart for the poor. Yet in Western Europe today the majority of the church is made up of the relatively wealthy middle classes. In Britain, one recent survey found that only 38% of regular church attenders identified themselves as working-class, and another that 81% of practising Christians had a university degree, whereas in the 2015 British Social Attitudes Survey, 60% defined themselves as working-class.

The Bishop of Burnley identified this dynamic in a talk entitled Hope for the Poor? which he gave at last year’s New Wine conference. He contrasted the many evangelistic campaigns and initiatives which have taken place over the past 40 years with the fact that during that period there has been a constant and unremitting decline in church attendance. He asked, Is this because too many of these initiatives have essentially been focused on middle class people?

He said, ‘I am astonished at the number of people Jesus is calling to plant new churches as long as they are in Zones 1 and 2 of the London transport system. If you feel called to plant, we need you on the outer estates, we need you in our northern towns, we need you in areas where a majority of people come from other world faiths, we need you in those areas where the trendy coffee shops and artisanal bakers are hard to find. Come there if you really want to make a difference in Jesus’ name.’ He added, ‘The church has a mission approach that is almost entirely focused on the needs and aspirations of the wealthy. Rather than speaking good news to the poor, we are complicit in the abandonment of the poor.’

However, there are many signs of hope: I think of a group of friends who have turned their back on middle class comfort and chosen to live in a very deprived area of northern Birmingham in order to reach out to people on that estate. The Bishop of Burnley gives other examples of effective church plants in very difficult areas, and maybe you can think of some too.

Reversing this deep-rooted trend and instituting a Bias to the Poor (Bishop David Sheppard’s book, published 35 years ago) will be costly. The cost for Moses was “ill-treatment along with the people of God and disgrace for the sake of Christ” (Hebrews 11:25-26). The cost will be different for each one of us: the way we spend our time and money, the environment in which we live, the people with whom we mix. Moses was able to do this because “He was looking ahead to his reward.” God give us that same perspective.

Published in: Evangelical Focus - Faithful under Pressure - Moses – Bias to the poor