It has a wing-span of 70 cm, and mainly preys on small forest birds. 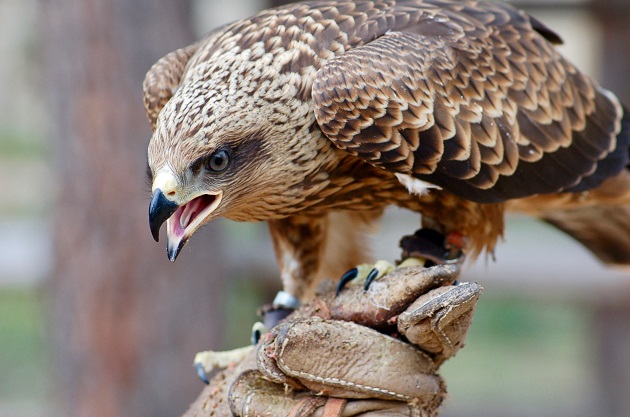 The terms “azor” (goshawk) and “galiván” (sparrow-hawk) (kite and hawk respectively in the English Standard Version) appear in different versions of the Spanish Reina Valera translation of the Bible (Lev. 11:13, 16; Deut. 14:12, 15; Job 39:26). Whereas in others (the Biblia Peshitta for example), the Hebrew term is  translated as “milano” (kite in English).

In fact, in Bible lands, there are several species belonging to these groups of birds of prey. The azores and galivanes (NIV kites and hawks) both form part of the Accipiter species, which belongs to the Accipitridae family.

In Israel, the Accipiter nisus, popularly known as the common sparrow-hawk (in Hebrew netz matzuy), is a common species, which has a wing-span of 70 cm, and mainly preys on small forest birds. To help them to move freely among the branches of trees, their wings are short and curved and their tails are long, which gives them great agility. Another relatively common species in the Holy Land is the Greek sparrow-hawk (Accipiter brevipes) (in Hebrew nets ktar-etsba’ot). It frequents forests in Greece, the Balkans, southern Russia, Israel, the Arabian Peninsula and Northeast Africa. Its tail is shorter than the than the common sparrow-hawk’s, and its wings are more pointed.

Also present in Israel is the black kite (Milvus migrans) (Hebrew, daya shehora), which usually catches its food on the surface of the water in a fast dive, using its talons to seize its prey and soar back up with it before eating it in the air. Its area of distribution stretches northwards from Spain and North Africa to Finland, and eastwards to the Balkans and Israel. They form small groups in which they fight against each other. They are quite aggressive towards each other in the way they compete for food, and they are known to eat almost anything. They even have carrion tendencies, and feed on corpses in land-fill sites and dung-hills, along with other birds like vultures and crows.

In Israel there are thousands of black kites (Mivus migrans), like the one in the photo, wheeling over dung-hills in search of food.

In 1618, the English cleric John Rawlison, in his commentary on the psalmist’s words: O if only I had the wings of a dove! (Psalm 55:6), when he was being hunted down by his enemies, wrote that destructive criticism is almost always indulgent with the wicked and powerful, but rains down mercilessly on the weak and defenceless: “The net is not cast over the hawks and kites, but falls rather on the defenceless little birds, those that have never done anyone any harm”. [1] A sad ornithological analogy, which unfortunately reflects all too accurately the reality of the human condition.