Jesus and his crimson blood

Jesus, nailed to the cross, shed his crimson blood in order to give abundant life to all his children. 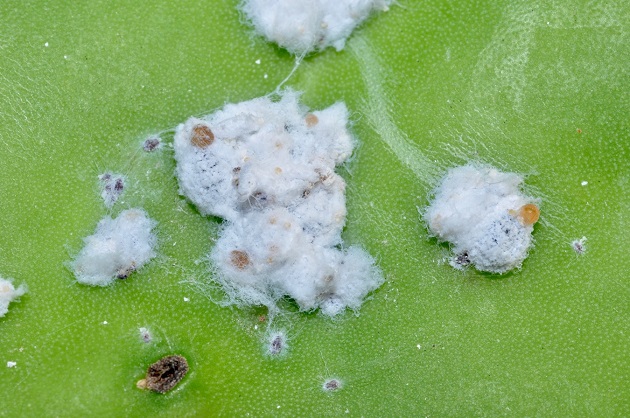 The priest is to take some cedar wood, hyssop and scarlet wool and throw them onto the burning heifer. (Numbers 19 v 6).

The Hebrew word which is translated as “scarlet” or “crimson” is shaní. This term usually appears with the word tholaath, meaning worm, weevil or insect. The meaning of the whole is “crimson or scarlet insect”, although “insect” is usually omitted in the translations. They only mention the Greek word kökkinos, which refers only to the colour “crimson” or “scarlet”.

However, this colour is produced by the secretion from an insect commonly known as the “cochineal” not to be confused with sowbugs or terrestrial isopods, as the latter are crustaceans and not insects). 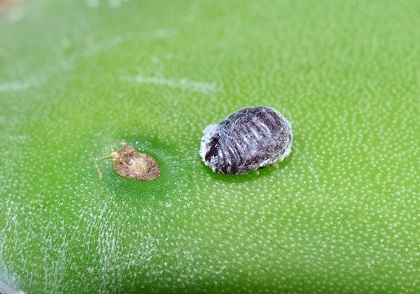 So, when the Bible mentions “crimson” or “scarlet” (Exodus 25:4; Numbers 4:8), it is referring to the raw material from which this colour is obtained, that is, to the tiny hemiptera insect, or the cochineal (Coccus ilicis, which was very abundant in the holm oak (Quercus ilex) and the kermes oak (Quercus coccifera) of Biblical regions, and from the female of which species the famous crimson colour was obtained.

In ancient times, this scarlet dye was collected from the accumulations of the tiny eggs (called in Greek kokkos) which the female cochineals laid on branches and leaves of the kermes oak bushes. It was also obtained from the dried bodies of the female of this insect (Coccus ilicis) and from other cochineal subspecies belonging to the Coccoidea family.

Broadly speaking, they are very small insects with significant dissimilarities between the two sexes, in that the males have wings and look like tiny mosquitoes, while the females have no wings and are always attached to the host plant. There are several families of these insects which are hard to classify. In Arabic, these cochineals are called girmiz, from which the crimson is derived. The chemical for the red dye produced by these insects, used especially to dye very valuable clothing, but also for colouring certain liqueurs, is polyhydroxy anthraquinone, also known as kermesic acid.

Another famous species of cochineal is the Dactylopius coccus, a parasite that feeds on the different subspecies of the prickly pear (Opuntia), native to the American continent, and popularly known as cochineal carmine. Its organic juices have also been used for millennia to make dye for fabrics, cosmetics and lipstick.

The Paracas people, who lived on the coasts of Peru some two millennia ago, used this species of cochineal to dye their clothes. Hence, even today, Peru remains the number one producer and exporter of cochineal in the whole world. Before the arrival of the Spanish in America, the Aztecs collected these insects from prickly pears. However, this colouring substance wan unknown in Spain until the 16th century, when the prickly pear was introduced in Spain. 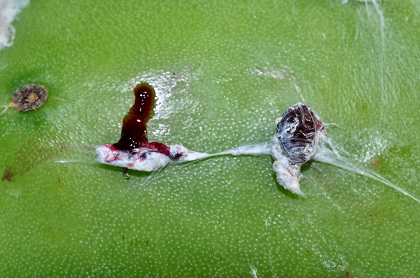 Scarlet was used for the fabrics of the Tabernacle, as were blue and purple, and also for the clothing worn by Jewish priests and by Roman senators (Ex. 26:1, 36; 28:5, 33; Lv. 14:49-53; Nm. 19:6; etc.). It was regarded as an expensive and luxurious colour, as the process whereby it was obtained was slow and laborious (2 S. 1:24; Ap. 18:12, 16; Dn. 5:7; 16:29). When the fertilised female, which remains attached to the trunk of the plant, lays its eggs, it proceeds to bathe them with a nutritive reddish secretion, which is what enables the larvae to survive after birth, as they are thus provided with abundant food. So, the mother dies while secreting this vital red liquid in order to give life to her children. It is not difficult to see this as a beautiful analogy of the sacrifice of Jesus Christ.

The book of Psalms (22:6) recounts prophetically the suffering of Christ on the cross of Calvary, and attributes to Him these words: But I am a worm, and not a man; scorned by everyone and despised by the people. The Hebrew term for “worm” which the psalmist uses in this verse refers precisely to the insect Coccus ilicis, the common cochineal. In fact, the female cochineal looks like a well-fed worm as it does not have wings and hides its appendices.

Jesus, nailed to the cross, shed his crimson blood in order to give abundant life to all his children. Scorned by everyone, as if he were just a worm, or a wingless insect, he poured out his life until death to save humanity. And now, his blood can cleanse us from all sin (1 John 1:7), and his scarlet gown can also change us into kings and priests of the Most High God (Revelation 1: 6). 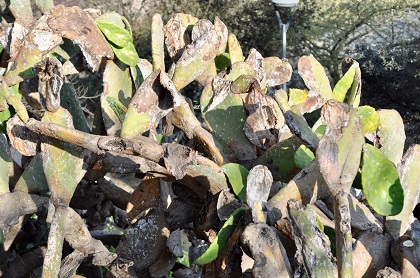 Published in: Evangelical Focus - Zoe - Jesus and his crimson blood