The gazelle’s lightness of foot

The term “gazelle” appears on numerous occasions in the Bible, especially in relation to the Jewish peoples nutritional prescriptions. But it also appears as a symbol of lightness of foot and speed. 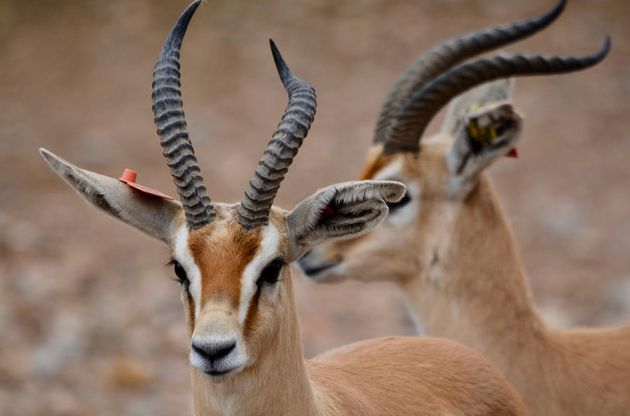 The dorcas gazelle has large, very flexible ears which they can point in several different directions to pick up the sounds coming from predators. / Antonio Cruz

“However, you may slaughter and eat meat within any of your towns, as much as you desire, according to the blessing of the Lord your God that he has given you. The unclean and the clean may eat of it, as of the gazelle and as of the deer.” (Dt. 12:15)

Likewise, some texts highlight their extreme caution and evasiveness (Isaiah 13 v 14; Proverbs 6 v 5). The Hebrew term is tsebí, which is sometimes translated as “venison” or “fawn”. The Greek term is dorkás, hence the English term “The dorcas gazelle”. From the New Testament we know that Dorcas (Tabita in Hebrew), was quite a common name in the Hellenistic world (Acts 9 v 36)

The common gazelle, or dorcas gazelle, is an artiodactyl mammal belonging to the Bovidae, numerous subspecies of which (currently estimated to be six) now live in habitats ranging from the southern desert regions of Africa to Israel and northern Somalia. Those that live in the wild in the Holy Land are in the Negev and Araba, they are reddish brown in colour and only about 1500 in number.

Humans have been hunting them since time immemorial, which has contributed to their having died out in some regions, including the Arab peninsula. However, at the end of the 19th century and the beginning of the 20th, they were so abundant in Israel that, as the English naturalist Henry B Tristram points out, small groups of gazelles could be seen feeding on the Mount of Olives itself. [1] 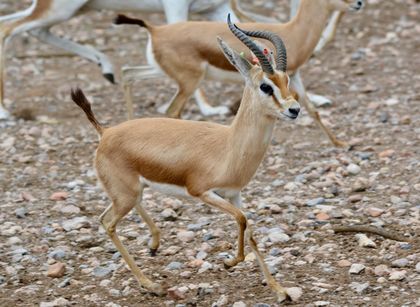 Dorcas gazelles are well-adapted to desert regions, being able to survive for a whole year without drinking water, which they obtain water from the vegetation that they eat, especially from acacia leaves, though they also drink whatever water they can find. Additionally, they can endure extreme temperatures, though they tend to be active during the night, while during the day they seek the shade. They can run faster than 90 km per hour when they are escaping from predators like lions, leopards, cheetahs or wolves. However, the greatest threat they face is the advance of human civilisation, which is causing their habitats to shrink due to the spread of agriculture, both crops and livestock such as sheep and goats.

The 19th century theologian John Brown wrote, “Lightness of foot was considered one of the greatest qualities and most highly valued virtues of the great heroes of the ancient world. Achilles was famous for being “podas wkus”, (light-of-foot). Virgil hyperbolically describes Nisus in the Aeneid as: “Et ventis et fulminis ocior alis” (faster than the wind and the wings of a lightning bolt). And of the men of Gad who stood by David were said to be: “mighty warriors, valiant in battle, skilled with shield and body-armour; their faces were like the faces of lions and they were as agile as gazelles on the mountains”. We read that Asahel was “swift-of-foot like a gazelle in the open field”; and Saul is known by the Hebrew term which literally means “Israel’s gazelle”, although in our versions it has been translated as “Israel’s glory (or beauty)”. [2]. Of course, gazelles are still examples of all these qualities, though, unfortunately, fewer and fewer of them remain.

Published in: Evangelical Focus - Zoe - The gazelle’s lightness of foot