The elegant design of herons

The Hebrew word anaphah, which appears in the list of impure animals (Lv. 11:19; Dt 14:18), refers to herons, which are large, elegant, long-necked aquatic birds. 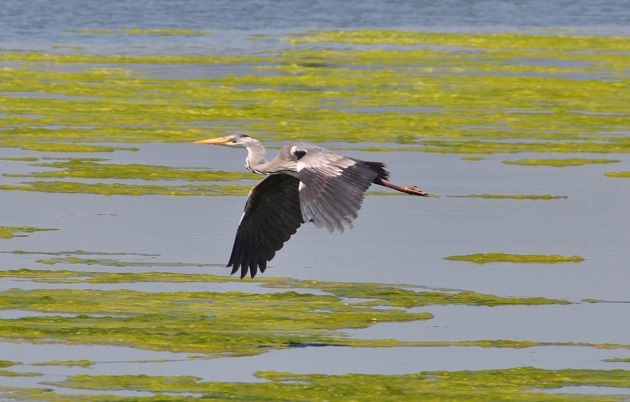 The flight of the grey heron is direct, with its wings spread very wide and its head held back.. / Photo: Antonio Cruz

The LORD will use his power against the north and destroy Assyria. He will turn Nineveh into a deserted ruin, a dried up wasteland like the desert. Flocks will lie down in it along with animals of every kind. Even pelicans and herons will nest on top of its columns. Listen! A bird will sing in a window. The doorway will be in ruins, because the LORD will expose the cedar beams. (Zehaniah. 2:13-14, NVI)

The Hebrew word anaphah, which appears in the list of impure animals (Lv. 11:19; Dt 14:18), refers to herons, which are large, elegant, long-necked aquatic birds. Although they eat mainly fish, they are able to consume large amounts of whatever small animals they find. They have long legs, so that they can wade through not too deep water.

They use their dagger-like beak to capture their prey in a sudden, lightning-quick movement, while with their binocular eyesight they can identify them immediately. They spend a great deal of time on the ground, virtually motionless, although they can, of course, fly when necessary. In Bible lands several species of herons or storks have been identfied, among which are the grey heron, (Ardea cinereal), the purple heron (Ardea purpurea), the little egret (Egretta garzetta), the great white egret (Egretta alba), the cattle egret (Bubulcus ibis) and the night heron (Nycticorax nycticorax) among others [1].

One of the most common species in Israel, and in the whole of Europe, is the grey heron, (Ardea cinerea). In modern Hebrew its name is the “anafa afora”. They have a wingspan of 175 cm and, unlike storks and cranes, which do not belong to the heron family, they can shrink their long neck considerably. They can occasionally be seen in Autumn, in V-shaped formations, over the ponds in northern Israel, and along the Mediterranean coast. At the end of March, they move south, arriving as far as Eilat. 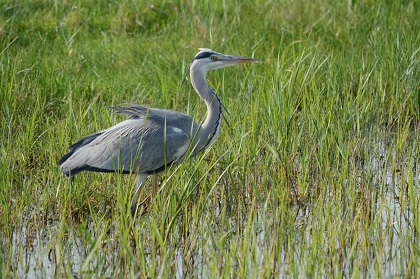 The grey heron walks slowly and stands motionless in pools and rivers. It feeds on fish, frogs and small water snakes and rodents, which it snatches from the water after stalking them. It can often be seen in the Jordan valley, on the Mediterranean coast of Israel and in Egypt. 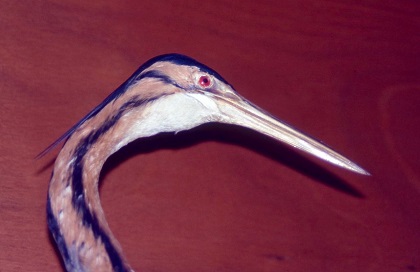 The purple heron (Ardea purpurea) has a serpentine neck and a long thin beak resembling a spear. Its plumage is rather darker than that of the grey heron. It is also more timid, and more difficult to spot as it tends to remain hidden deep in the reed-beds. 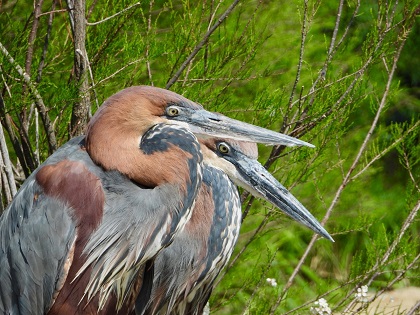 The goliath heron (Ardea goliath) lives predominantly in sub-Saharan Africa, although colonies of them can also be seen in southern Asia, from Saudi Arabia to Myanmar. Likewise, they have been seen in parts of the Fertile Crescent. It is the largest member of the heron family, with a wingspan of up to 1.4 metres. 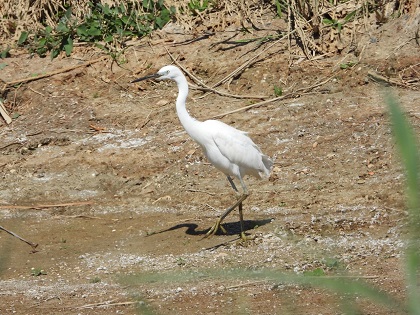 The little egret (Egretta garzetta) lives on the banks of the Jordan, where it is relatively abundant. Its plumage, which is pure white, contrasts sharply with its black beak and legs, whereas its feet are yellow, although, as in this photo, they are often discoloured by mud. 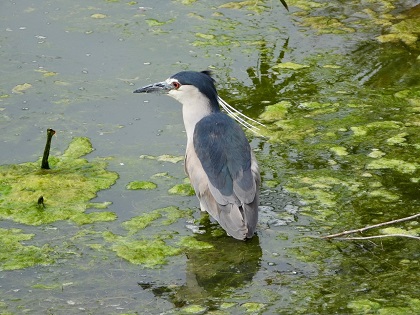 The night heron (Nycticorax nycticorax) is a small ardeid which fishes at the edge of lakes near the Jordan. It is a nocturnal species, so it is difficult to catch sight of one during the day. It has long white feathers protruding from its neck.

The exquisite anatomical and physiological design that characterises all these birds, which equips them perfectly for the habitats where they live, is not something they themselves have developed. Nor was it chance or blind natural forces that endowed them with such sharpness and precision. The intelligent designs which require such enormous amounts of information could never have emerged suddenly by chance. The unique morphology of herons, and of innumerable other organisms on our planet, allows us to infer the most reasonable and logical explanation: the infinite wisdom of the Creator of the whole cosmos.

Published in: Evangelical Focus - Zoe - The elegant design of herons