Freedom of conscience, freedom of speech and religious freedom are battles that are worth fighting. 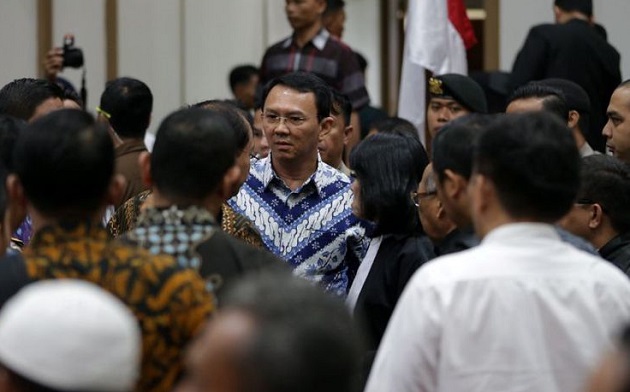 The outgoing Governor of Jakarta, Ahok, after hearing the sentence, on 9 May. / Kompass Indonesia

Indonesia, the country with the highest number of Muslims in the world (220 million and 87% of the population), has witnessed how the outgoing Governor of its capital city Jakarta has been sentenced to two years of prison for blasphemy.

Basuki Tjahaja Purnama (known as ‘Ahok’) is an outspoken Christian a ‘rara avis’ in Indonesia, the first non-Muslim politician with such a public presence in decades. Respected for his fight against corruption, an evangelical believer in Indonesia recently said of him that “he believes in Jesus Christ, reads and studies his Bible every day and finds it to be his source of strength.”

The democratic normality of ‘Ahok’ in a key country of Southeast Asia was presented as an example of tolerance: Indonesia's motto is “Faith in the one and unique God” but its constitution guarantees religious freedom for five other religions apart from Islam.

Nonetheless, the radicalisation of Islam in the whole region and a local political election has called into question this perception. A video recorded in 2016 showing ‘Ahok’ quoting a verse of the Quran and allegedly blaspheming Islam, was spread on the internet and became viral. Ironically, on the recording he was saying that the holy book of Islam is tolerant and allows Muslims to vote for a non-Muslim leader.

In a short time, radical groups like the Islamic Defenders Front organised themselves to hinder Purnama’s options to win the coming election. Tens of thousands of men with signs reading “Muslims who vote for an infidel or a blasphemer do not deserve a funeral prayer” and chants like “Kill ‘Ahok’ for insulting Islam” took the streets of Jakarta in several demonstrations. Doing so, they did not only put pressure on the Christian Governor, but also on his potential voters as well as Christians in general (9% of the population, mainly Protestants).

Meanwhile, churches were banned and attacked in other regions of the country. 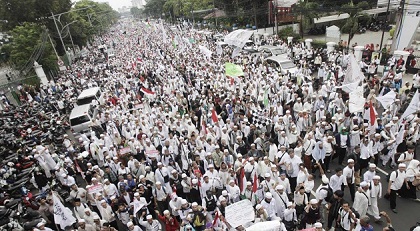 The stigma of the judicial process opened against ‘Ahok’ did the rest. After winning the first round of the election February, the Christian politician lost to the Muslim candidate two months later, in the second round.

In the midst of the whole situation, Purnama appeared in front of their supporters with a smile on his face. “Trust me, power comes from God and it can be taken by God. No one comes to power without God’s permission. Don’t be sad. God knows”, he said.

Three weeks later, the next blow to religious freedom in Indonesia. The judges condemned Ahok to two years of prison, a sentence harsher than what the prosecutors had requested. The Governor was immediately taken into custody and his deputy will govern the capital city until the end of the political term, in October.

SPEAKING UP FOR OTHERS

The fight for the freedom of conscience and of speech is a top priority for Christians around the world. It has not only to do with defending one’s own rights, but those of others too.

The Italian evangelical Christians exemplified this necessity of defending the liberties of the neighbour when they denounced the “ideological sentence” through which Russia banned the Jehovah’s Witnesses two weeks ago.

“Religious freedom must therefore be guaranteed for everyone, even for those who reject the Gospel or who, in our view, are completely wrong in understanding and living it”, the Italian Evangelical Alliance said in a statement.

In other words, “our point is not to support the doctrine of the Jehovah’s Witnesses (which we believe is contrary to the gospel and a deviation from God’s Word) but to defend the right of everyone to live freely according to their own convictions.”

The text goes further to say that any religion, ideology or political system which does not resist criticism is showing its own weakness.

JESUS AND THE RIGHT TO DISSENT

The central person of the Christian faith, Jesus Christ, was opposed by people throughout all his public life. After three years of communicating his challenging message, a plot organised by the religious elite tried to bring him down. He was put on trial for blasphemy, with fabricated charges (Matthew 26: 57-67).

Before dying on a Cross, he was insulted and tortured. He had claimed that He was the Messiah and the Son of God, but even so He did not impose his message by force. The one we Christians believe is the Lord of the Universe allowed others to disagree with Him.