“We’ve confused our politics with our faith”, the respected evangelical atmospheric scientist Katharine Hayhoe thinks. “If we really believed what the Bible says, we would be on the forefront of this issue.” 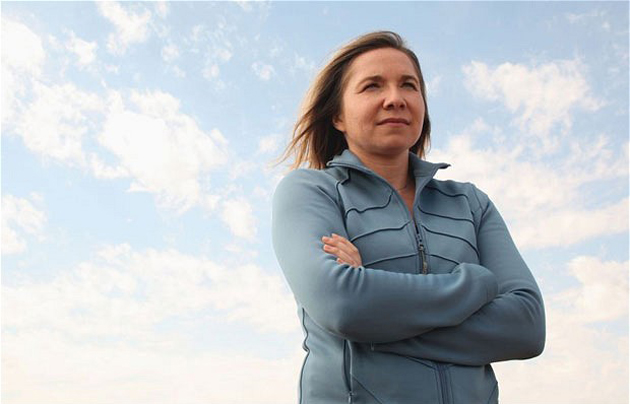 In April 2014, Katherine Hayhoe –an atmospheric scientist- was listed by Time magazine among the 100 World’s Most Influential People. Back then she was the scientific adviser to the Evangelical Environmental Network and director of the Climate Science Center at Texas Tech University. She co-authored the book A Climate for Change: Global Warming Facts for Faith-Based Decisions.

“THE DEBATE IS OVER, IT’S TIME TO TAKE ACTION”

Hayhoe grew up in Canada, as she recently explained in an interview with Salon magazine. A country “where the whole science/faith chasm is not nearly as deep or as wide or as prevalent as it is in the United States.” And she was raised “in a very unique situation in which my father was not only a leader in the church, but he’s also scientist.”

She describes herself as “a spokesperson with one principal goal—to bring public awareness to the simple truth that the scientific debate is over, and now it's time for all of us to take action.”

“I feel very strongly that religious-sounding argument, and faith-based arguments that deal with climate change, are a smokescreen that mask the real problem.”

Why are so many evangelical Christians in the USA not seeing creation care as a priority?

“Well, the reason why these arguments are so prevalent is because they fit with our preconceived notions. When we hear something that fits with our worldview, we accept it quickly, without stopping and saying, ‘Hmmm, does that really make sense?’.”

And then “a vast number of politicians who invoke God when they’re saying that climate change isn’t real.”

‘IF WE REALLY BELIEVED WHAT THE BIBLE SAYS…’

“But, at the same time, there were plenty of Christians on the other side on the issues of slavery and civil rights and that’s the situation we have today”, she admits.

SCIENCE AS A CALLING

Talking about seeing all of life as ministry with The High Calling blog, Hayhoe shares about her spiritual environment. Her parents are “missionaries, and my husband is a pastor and a Christian author. So over the past few years, I’ve actually had to overcome a prejudice in myself: the idea that, since what I do is not directly spreading the gospel like my parents or my husband, it’s a vocation, but not a calling nor a mission.”

“What I’ve realized now, though, is that I am doing what God has called me to do. What I do isn’t easy. It’s often frustrating and sometimes even scary. I often feel like one of the prophets from the Old Testament, looking at the world around us and telling people that something bad is coming if we don’t change our ways; and suffering all kinds of abuse from my people as a result, who wish I would just shut up so they don’t have to hear it.”

“There is no way I could be doing this if I wasn’t convinced this is what God wants me to do. As Eugene Peterson puts it in The Message, “He creates each of us by Christ Jesus to join him in the work he does, the good work he has gotten ready for us to do, work we had better be doing” (Ephesians 2:10). 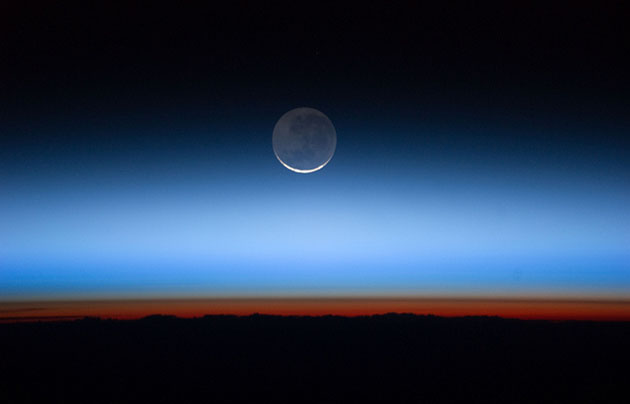 CHRISTIANS NOT BETTER AT ACCEPTING REALITY

“Sadly, we Christians are human like everyone else. When we hear someone saying something that we are convinced is untrue — and especially if we see that person as a traitor to our side — our first instinct is often to attack. That explains why a very large proportion of the negative comments, hate mail, and abuse I get via email, Twitter, and Facebook comes from people who self-identify as Christians.”

“Here’s the thing, though. Where are we Christians getting the idea that the science is fake? Those ideas don’t originate with our pastors or our Christian leaders (although many of them propagate the ideas). It’s the conservative media, whose values and ideology many of us evangelicals agree with and trust, who are telling us it’s not real. There’s nothing in the Bible that says it isn’t.”

“In Genesis, the Bible says that we humans were given responsibility over ‘every living thing’ on this planet. It talks about how choices have consequences, and how we are called to love others as Christ loved us. All of this is compatible with caring for the creation with which God has entrusted us and, even more, caring for others who are being harmed by our actions or our neglect. But what’s happened? We’ve confused our politics with our faith.”

“God’s creation is telling us that it’s running a fever. No belief is required: it’s just what the thermometers say. Not only that, but birds, trees, bugs, beetles, ice sheets, and more than 26,500 other ‘natural thermometers’ are telling us the planet is warming. The real question is not, ‘Are you willing to join the church of Al Gore?’ but ‘Do you agree with what God’s creation is telling us is happening, and the responsibility God has given us to care for it?’.”

“Instead, it makes our faith a source of rancour, strife, judgmentalism and even greed, hoarding our rights to a comfortable life without regard for its impacts on our brothers and sisters who have less than we do now, and in the future. This isn’t our real faith. Our real faith is safe and secure, unthreatened by what God’s own creation is telling us through science”, Hayhoe concludes.

Published in: Evangelical Focus - science - Fighting climate change is “caring for others who are being harmed by our actions”