Insects: The ‘other’ life of the planet is endangered 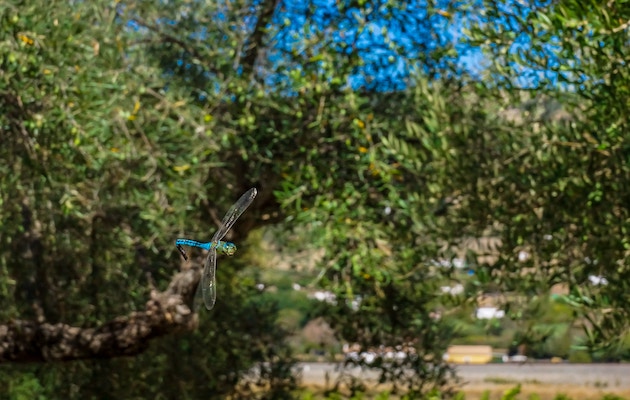 The planet needs insects and insects need the planet. An alteration of this pairing can cause catastrophic consequences for the ecological sustainability of the Earth.

This is what the study “Global decline of the entomofauna; a review of its drivers”, published by researchers Francisco Sánchez-Bayo and Kris Wyckhuys in Science Direct, says.

The study shows “dramatic rates of decline that may lead to the extinction of 40% of the world's insect species over the next few decades”.

Europe and North America are the regions where there has been a greater loss of insects so far.

In several of Germany's protected areas, there has been “a shocking 76% decline in flying insect biomass over the last 25 years”, while in Puerto Rico, “98% of terrestrial insects have disappeared over a 36-year period”, the research points out. 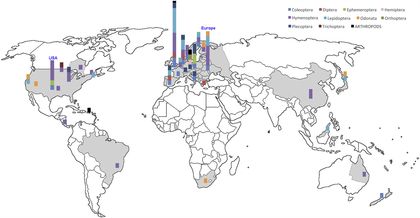 “Its extinction definitely changes the food chain and can compromise the survival of the other species that surround it. The ecological balance is precisely the interdependence between all the organisms of an ecosystem”, PhD in Biology Antonio Cruz, has told Spanish news website Protestant Digital.

According to Cruz, “the disappearance of many species of insects, such as bees for example, and other animal species, would be much more important than one might imagine, since it could possibly be the beginning of the disappearance of our own species”.

Emilio Carmona, PhD in molecular Biology, also says that insects “are a majority on the planet and 98% are beneficial”.

“They are essential in the food chain, pollinate plants, decompose organic matter, control pests, and many more. Simply, life as we know it today cannot exist without them”, he adds.

The authors of the research name four specific causes of the progressive extinction of insects on the planet.

“A large proportion of studies (49.7%) point to habitat change as the main driver of insect declines, a factor equally implicated in global bird and mammal declines”, they explained.

“Pollution is the second major driver of insect declines”, because “the systematic, widespread and often superfluous use of pesticides in agricultural and pasture land over the past 60 years, has negatively impacted most organisms, from insects to birds”.

The other two main reasons for the extinction of insects mentioned in the research are what the authors call ‘biological factors’, especially “the introduction of invasive species”, and climate change.

“The human being, with the pollution produced by many of his main activities, is the one who most often challenges this ecological balance and the biodiversity of the biosphere”, Cruz says. 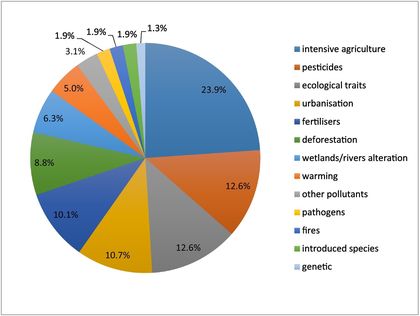 Additionally, “the exaggerated exploitation of agriculture, in order to feed the human being, is negatively affecting the diversity of insects”.

“This is paradoxical, because precisely 70% of such harvests depend almost entirely on the pollination carried out by the insects. The reality is that we cannot live without insects but, despite this, we are eliminating them”, the biologist warns.

Carmona agrees with the causes given in the study, but he also points to the need to intensify efforts in the research of different species.

“The problem is that we do not even know how many species exist globally, so that we need many more studies, but no one doubts that we are going through an unprecedented crisis, although it is difficult to quantify it exactly”, he analyses.

THE NEED OF “A RETHINKING”

“A rethinking of current agricultural practices, in particular a serious reduction in pesticide usage and its substitution with more sustainable, ecologically-based practices, is urgently needed to slow or reverse current trends”, the researchers said.

They also believe that “effective technologies should be applied to clean polluted waters in both agricultural and urban environments”.

“Caring for insects goes hand in hand with global environmental protection. Some measures are: to reduce the use of synthetic pesticides and replace them with integrated pest management, and protection of natural habitat”, Carmona explains.

Cruz also criticizes the current approach to agrarian activity and stressed the need of  “ecological studies" to generate “more sustainable biological mechanisms to replace pesticides and other chemical products”. 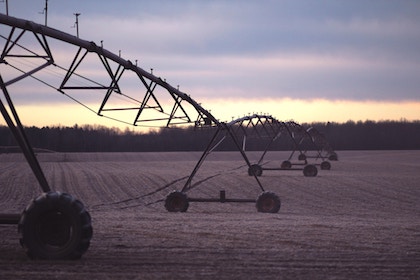 According to Cruz, “Christians must be aware of that universal communion that we must have with the other creatures of this world”.

“All cruelty to any creature of Creation is contrary to human dignity and to the will of God”, he adds.

A good illustration of this theological responsibility, is the anecdote of the meeting between the Archbishop of Canterbury and the biologist John Burdon Sanderson Haldane.

The Archbishop asked the scientist what he had discovered in the Creator's works, to which the biologist answered: “An unbridled fondness for Coleoptera”.

“The Bible contains ecological guidelines from the beginning, without falling into the contempt or idolization of Creation. It also encourages us to live humbly, and gives us hope for the future”, Carmona points out.

“Our ecological problems, as Schaeffer said, are usually caused by time and money, that is, haste and greed. As Christians, we must set an example in caring for the Creator's work”, he concludes.

Published in: Evangelical Focus - science - Insects: The ‘other’ life of the planet is endangered