A large number of Islamist lawyers swarmed the courtroom during a hearing, an intimidation tactic designed to obtain convictions and harsh sentences. 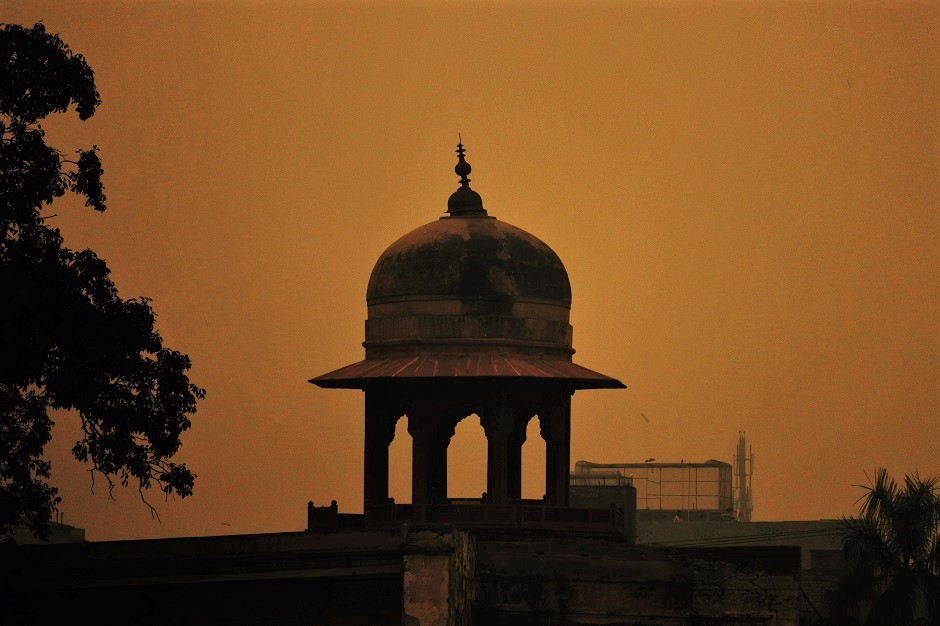 Ruling in favor of an Islamist legal group’s petition, the Lahore High Court on March 10 changed a sentence of life imprisonment to the death penalty for a Christian convicted of sending a blasphemous text message in 2011.

The high court’s approval of an appeal for the criminal code revision filed by the Khatam-e-Nabuwwat Forum (KNF, or Movement for the Finality of the Prophethood) seeking the death penalty for such violations has raised fears of a surge in convictions under the controversial laws, sources said.

Relatives of Sajjad Masih, the convicted 36-year-old Christian, said Justice Malik Shahzad Ahmad Khan ruled in favor of the revised sentence and then sent Masih’s appeal to a division bench.

“Justice Shahzad has forwarded the appeal to a division bench to avoid pressure from KNF lawyers, and it’s most likely that this appeal, like other similar appeals, will continue to be delayed due to the fear factor,” one source said.

Masih’s appeal of the conviction has been pending with the Lahore High Court for the last seven years.

A trial court sentenced Masih, a member of the Seventh-day Adventist Church in Gojra town, Punjab Province, to life imprisonment in July 2013 for sending a controversial text message to a Muslim in December 2011, though there were several gaps in the prosecution’s case, according to his lawyer. Masih was also ordered to pay a fine of 314,500 rupees (US$2,010).

A large number of KNF lawyers swarmed the courtroom during a hearing on both Masih’s appeal and the KNF petition, an intimidation tactic designed to obtain convictions and harsh sentences, according to sources speaking on the condition of anonymity due to security fears.

“They told the judge that capital punishment was the only sentence for blaspheming against Islam’s prophet, and that Sajjad must be executed without delay,” said one source.

Masih was charged under Section 295-C of the blasphemy laws, which states that “Whoever by words, either spoken or written, or by visible representation or by any imputation, innuendo, or insinuation, directly or indirectly, defiles the sacred name of the Holy Prophet Muhammad (peace be upon him) shall be punished with death, or imprisonment for life, and shall also be liable to fine.”

Since the KNF was founded 20 years ago, the number of blasphemy cases filed against Christians and other minorities in Punjab Province has greatly increased. Chaudhry says his group is representing almost every complainant in cases across Punjab.

“Hundreds of Khatam-e-Nabuwwat lawyers are using their expertise and influence across Punjab voluntarily to ensure that anyone insulting Islam or the Prophet Muhammad is charged, tried and executed,” he told Morning Star News.

Supreme Court Advocate Saif Ul Malook, a Muslim lawyer who has won freedom for Pakistan’s most high-profile blasphemy convict, Aasiya Noreen (better known as Asia Bibi), represents other Christians on death row. He agreed that Chaudhry and his group of lawyers were behind the increase in blasphemy cases, especially in Punjab.

Few Muslim lawyers are willing to put their life at risk by defending a person accused of blasphemy, particularly if they belong to a minority community, Malook said.

“The conduct of Khatam-e-Nabuwwat lawyers is very intimidating,” he said, adding that a crowd of lawyers once left him hardly any space to stand and shouted slogans as he tried to present his case to a judge.

The KNF has instilled fear in lower and higher courts with such pressure tactics, he said.

“I am defending a death-row couple, Shagufta Kausar and her paralyzed husband Shafqat Emmanuel, but their appeal against the conviction has been delayed by the high court on one pretext or the other for the past six years,” he said.

No one in Pakistan has been executed for blasphemy so far, but jails are filling up with those sentenced to death.

False accusations are common and often motivated by personal vendettas or religious hatred. The highly inflammatory accusations have the potential to spark mob lynchings, vigilante murders and mass protests.

Church leaders and human rights defenders say the government’s failure to curb the misuse of the blasphemy laws was emboldening false accusers and outfits such as the KNF. Currently, 24 Christians are in prison due to blasphemy charges. They are defendants in 21 blasphemy cases at various levels of the judicial process.

“The blatant abuse of the law has imperiled the lives of all Pakistanis irrespective of their faiths,” Bishop Azad Marshall, president of the National Council of Churches in Pakistan, told Morning Star News. “While Christians and other minorities are more vulnerable, Muslims themselves are also targeted with fake allegations. Mere allegations are enough to destroy the lives of the accused and their families.”

Calling for an equally harsh punishment for false accusers, Marshall said that blasphemy allegations must be promptly and thoroughly investigated by an independent and impartial authority.

“The law should be amended so that the FIRs [First Information Reports] in all blasphemy cases are registered only after permission from the concerned government before the courts can take cognizance of them,” he added.

The bishop said that the government continually claims that it intends to curb misuse of the laws but has yet to make any concerted efforts.

“We will keep highlighting this issue during official meetings and at inter-faith dialogues, but it’s time the government realizes its long-term consequences for the country,” he said.

A Senate Special Committee on Human Rights and the Islamabad High Court in 2018 recommended that those making false blasphemy accusations be given the same punishments as those for blasphemy convictions, but the government dismissed the recommendation. The recommendation also stated that anyone registering a blasphemy case at a police station must bring two witnesses.

While punishment for blasphemy ranges from several years in prison to death in Pakistan, a person making a false accusation faces potential punishment of only six months in prison or a fine of 1,000 rupees (US$6). Successive governments have acknowledged that the blasphemy laws are blatantly misused, but little effort has been made to stop the abuses.

Rights activists say it’s unlikely that any government will move to repeal or amend the blasphemy laws due to fierce Islamist sentiments in the Muslim-majority country. They say Pakistani authorities must be urged to immediately implement effective procedural and institutional safeguards at the investigative, prosecutorial and judicial levels to prevent abuse of these laws.

The U.S. State Department on Dec. 7 re-designated Pakistan among nine other “Countries of Particular Concern” for severe violations of religious freedom. Previously Pakistan had been added to the list on Nov. 28, 2018.

Pakistan ranked fifth on Christian support organization Open Doors 2021 World Watch list of the 50 countries where it is most difficult to be a Christian.

If you or your organization would like to help enable Morning Star News to continue raising awareness of persecuted Christians worldwide with original-content reporting, please consider collaborating at https://morningstarnews.org/donate/?