Western countries are divide on how to address the flight of thousands of Afghans. The WEA asks them to “model a compassionate, humane and generous response to the refugee crisis”. 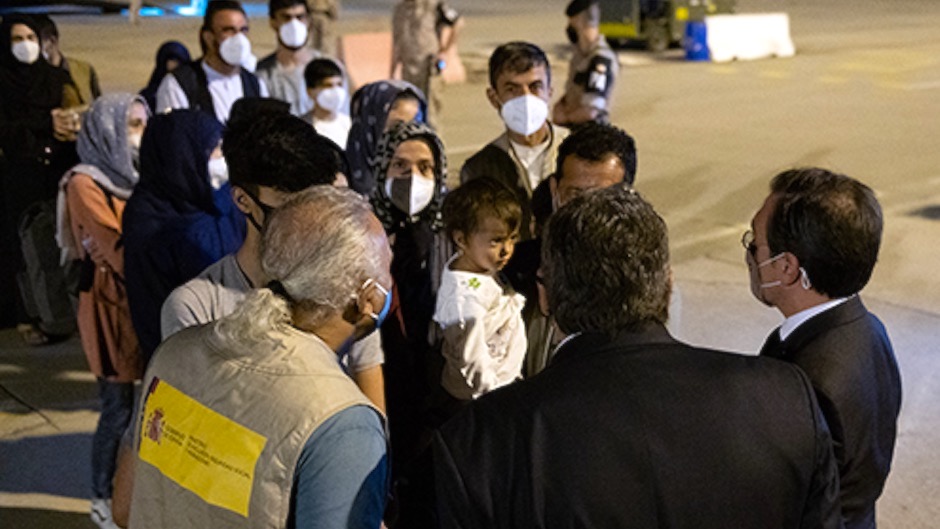 Every day dozens arrive from Afghanistan to the base in Torrejón de Ardoz, Spain / Spanish Ministry of Foreign Affairs.

The arrival of the Taliban government in Afghanistan is driving thousands of people out of the country.

In addition to the foreigners who were working, either under agreements with the fallen Afghan government or under one of the foreign institutions present there, there are nationals who, for several reasons, are seeking a future in other countries.

The air rescue missions that have been leaving Kabul Airport in recent days are transporting those who will become refugees to various destinations, although the reception could be very different in each country, in the absence of a coordinated international response.

In Europe, the asylum of Afghan refugees is being discussed in several countries. The European Union does not have a unified policy for dealing with migration crises yet, despite the experience of the Syrian refugee crisis. This lack of coordination has started to become evident in the statements of various political leaders.

Hungary was one of the first to express its opposition to taking in refugees in the face of this crisis. Austrian Chancellor Sebastian Kurz also stated that his country would not take in refugees from Afghanistan, after resettling more than 40,000 Afghans in recent years.

Meanwhile, Greece showed on Friday the installation of thousands of kilometres of wire fencing along its border, a gesture intended to prevent the massive influx experienced during the Syrian crisis.

In Germany, the reception of more refugees is also a controversial issue of debate among politicians ahead of elections in a few months. Germany has taken in tens of thousands of Afghans in recent years.

France has also been reluctant to take in a mass influx.

In Spain, a temporary camp has been set up at the Torrejón de Ardoz air base to accommodate up to 800 people at a time. Around 550 have already arrived, and according to the Spanish administration, they have been staying for one or two days before being transferred to other EU member states or to state reception centres in the case of those seeking asylum in Spain. 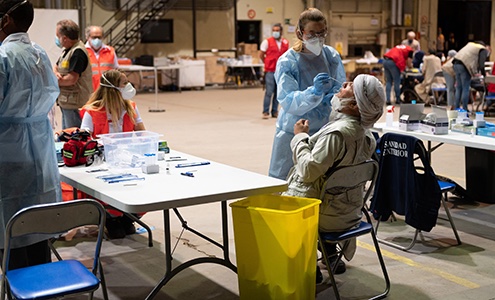 In Torrejón, the refugees are received by a medical operative / Min. Foreign Affairs Spain.

In an institutional visit to the camp set up in Torrejón, the President of the European Commission, Ursula von der Leyen, said she hopes that the Afghans would be received in a coordinated manner.

“We need to help, it is our moral responsibility, and not only to help the Afghans arriving here in Spain, but also those who have remained in Afghanistan. The EU is firmly committed to continuing to support the NGOs operating in the country", said the head of the European Commission, adding that “not a single Euro of development aid can go to a regime that denies women and girls their full freedoms and rights”.

This difficult situation could lead to the Afghan refugee crisis being taken over by neighbouring countries that receive international funds, a solution that already happened in the Syrian case, where Lebanon, Jordan and Turkey were the countries where huge refugee camps were set up.

Reception difficulties in the US

According to Religion News Service, the US is preparing to receive thousands of asylum seekers in the coming days. This will require the participation of public and private entities in an effort that will involve thousands of people, many volunteers and a continuity strategy.

The International Rescue Committee estimated that nearly 300,000 Afghan civilians were involved in various efforts with the US over the past 20 years, although only 16,000 have been granted special refugee visas since 2014.

Refugee agencies are waiting for planes to arrive with hundreds of evacuees, even as they continue to assist Afghans who landed before the fall of Kabul.

The International Rescue Committee also explained that “the last flights from Kabul will be at the end of August" and emphasised the need for more volunteers. "I know we're going to need a lot of people", said a representative of the organisation.

This Tuesday, the United Nations Human Rights Council has held a special session on the “serious human rights concerns and situation in Afghanistan“.

Michelle Bachelet, UN High Commissioner for Human Rights, confirmed that they “have received credible reports of serious violations of international humanitarian law in many areas under effective Taliban control. They include, among others, summary executions of civilians; restrictions on the rights of women; recruitment of child soldiers; and repression of peaceful protest and expression of dissent”. 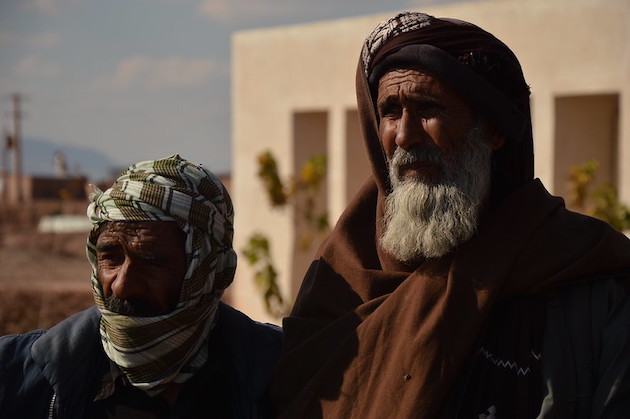 Thousands of Afghan refugees are expected to arrive in the US before the end of August. /EU,ECHO Pierre Prakash

The UN calls on “all States to create safe pathways for Afghan refugees and migrants, broaden asylum and resettlement programs and immediately halt the deportation of Afghans who seek protection”.,

“Neighbouring countries will need additional financial and logistical resources to assist refugees , and all States must be mindful of their obligation to give protection and assistance to those fleeing danger”, stressed Bachelet.

WEA statement on Afghanistan at the UN HRC

The World Evangelical Alliance (WEA) presented an oral statement at the special session of the Human Rights Council, pointing out that “Afghans who changed their religion,, have suffered societal stigma and oppression during the past twenty years, and are now at an even greater risk”.

They urged international community and the United Nations “to pay special attention to these vulnerable groups and to establish a mechanism for ongoing monitoring and reporting on the situation in Afghanistan”.

They also asked “all parties in Afghanistan to respect human rights and humanitarian law.

The WEA denounces that “Evangelical aid agencies have witnessed a worsening plight of displaced Afghans and asylum seekers. Forced repatriation of Afghans from Europe, including of Christians, was ongoing up until very recently. And theconditions in refugees camps, such as in Greece, are unbearable and inhumane”.

That is why the statement concluded appealing to “the international community to model a compassionate, humane and generous response to the ongoing and possibly worsening Afghan refugee crisis”.