The Reverend Dauda Bature of the First Evangelical Church Winning All in Kaduna state, was kidnapped by armed Muslim Fulani herdsmen in November while working on his farm. 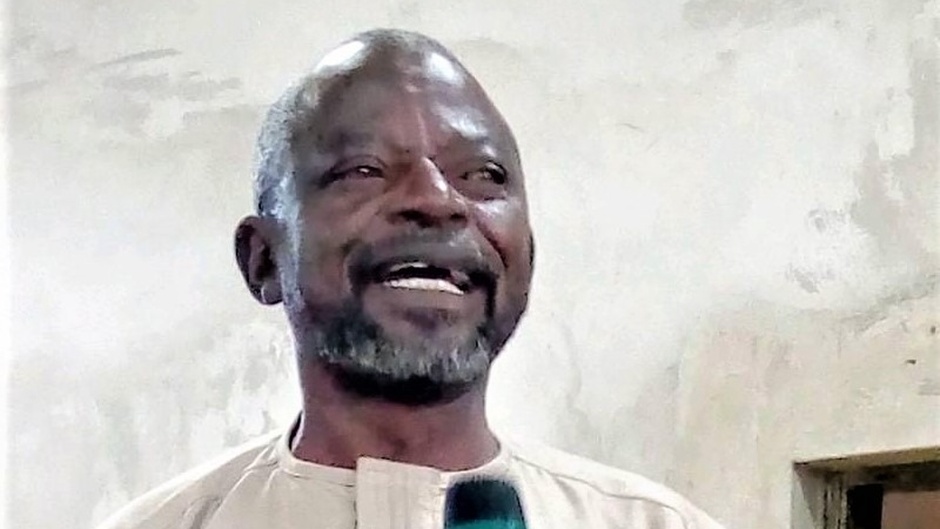 The Rev. Dauda Bature of the Evangelical Church Winning All. / Photo: Facebook via Morning Star News.

Fulani herdsmen who kidnapped a Christian pastor outside the city of Kaduna in northern Nigeria killed him last week after receiving ransom payments, sources said.

The Rev. Dauda Bature of the First Evangelical Church Winning All (ECWA) in Hayin Narayi, Kaduna state, was kidnapped by armed Muslim Fulani herdsmen on Nov. 8 while working on his farm in Ungwan Kanti village. Church leaders said they learned of his death on Thursday (Dec. 9).

“On Thursday, Dec. 9, the pastor’s captors called his church leaders, ECWA, and informed them that they had killed the pastor since they could not bring more money,” the Rev. Joseph Hayab, chairman of the Kaduna state chapter of the Christian Association of Nigeria (CAN), told Morning Star News in a text message.

Pastor Bature’s wife, who also had been kidnapped and was released on Dec. 6, told church leaders that her husband preached Christ to his captors and prayed for their repentance, infuriating them and likely contributing to their decision to kill him, according to Pastor Hayab.

Sources said Pastor Bature’s wife had been taken hostage when she took ransom payment to the herdsmen on Nov. 18. Church leaders said she was released on Dec. 6.

Area residents said the captors informed church leadership about the death of the pastor on Thursday (Dec. 9) after the kidnappers collected ransom payment.

“This is really a sober moment for us,” area resident Anthony Abednego told Morning Star News in a text message. “Rev. Dauda Bature, who was kidnapped over a month ago, was found dead on Thursday, Dec. 9, after a ransom was paid to Fulani herdsmen who kidnapped him.”

Ayuba Azzaman, a pastor in the city of Kaduna, also said in a statement that Pastor Bature had been “killed by his abductors despite receiving ransom from his wife… Fulani herdsmen terrorists killed the clergyman after collecting ransom.”

“They kidnapped him at his farm along the Unguwar Kanti-Pakah Kadi highway in Chikun Local Government Area, Kaduna State,” Hosea said.

Ishaya Musa, also a ECWA member, said in a text message that the “Fulani terrorists” who kidnapped Pastor Bature were confirmed to have killed him.

“The death of Rev. Bature came as a rude shock to us at the ECWA Hayin Narayi, under Tudun Wada Local Church Council (LCC) of Kaduna ECWA Central District,” Musa said.

Nigeria led the world in number of kidnapped Christians last year with 990, according to Open Doors’ 2021 World Watch List report. It was also the country with the most Christians killed for their faith last year (November 2019-October 2020), at 3,530, up from 1,350 in 2019, according to the report. In overall violence, Nigeria was second only to Pakistan, and it trailed only China in the number of churches attacked or closed, 270, according to the list.

In this year’s World Watch List of the countries where it is most difficult to be a Christian, Nigeria broke into the top 10 for the first time, jumping to No. 9 from No. 12 the previous year.

Numbering in the millions across Nigeria and the Sahel, predominantly Muslim Fulani comprise hundreds of clans of many different lineages who do not hold extremist views, but some Fulani do adhere to radical Islamist ideology, the United Kingdom’s All-Party Parliamentary Group for International Freedom or Belief (APPG) noted in a recent report.

“They adopt a comparable strategy to Boko Haram and ISWAP [Islamic State West Africa Province] and demonstrate a clear intent to target Christians and potent symbols of Christian identity,” the APPG report states.