Amid post-election tension in Kenya, evangelicals urge to “preserve peace”

The Evangelical Alliance of Kenya (EAK) set up teams of observers to closely follow the democratic process. In three documents, they call politicians, the church, and society to respect diversity. 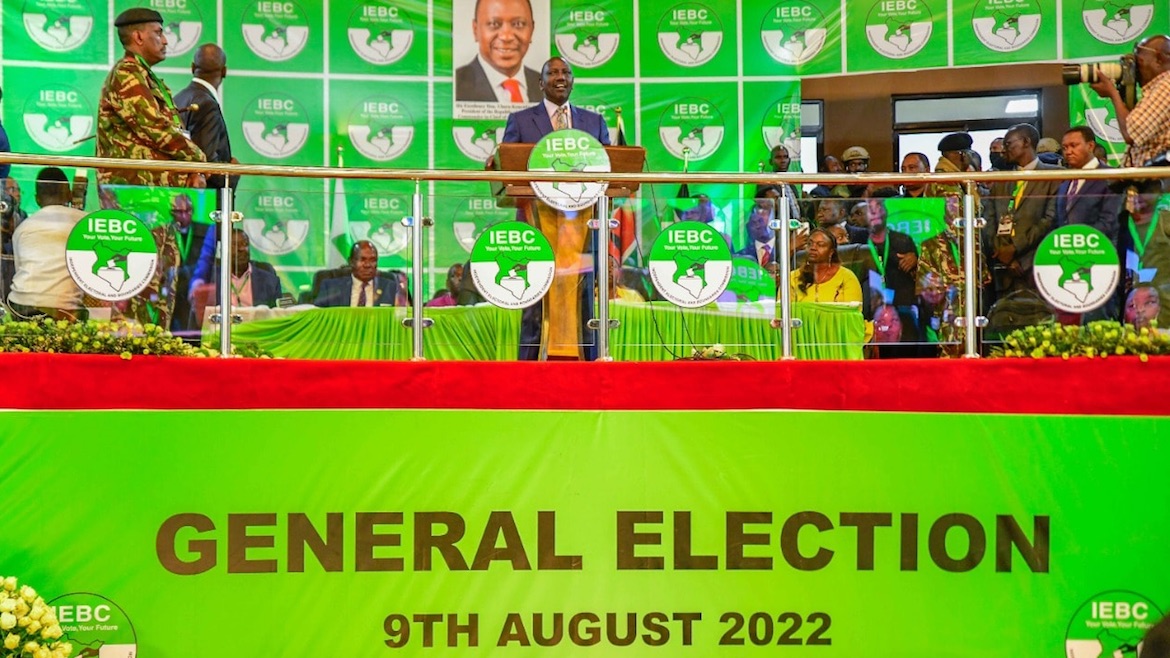 Days after the election results were announced, tensions in Kenya remain high. The memory of the 2007 incidents, when 1,200 people lost their lives and another 600,000 were displaced, does not help.

Although for the 2022 elections, religious and civic bodies have made efforts to promote a peaceful and “mature” voting process, the victory of the ‘alternative’ candidate led to riots in the capital Nairobi.

With 50.49% of the vote and a lead of barely 200,000 votes over his opponent, the hitherto deputy president William Ruto has been declared winner of the elections. Analysts link his victory to three key factors: the support of the central region of the country (the most populated), the perception of Ruto as an ‘alternative’ to the country’s great political dynasties (the Kenyattas and the Odingas), and the state of the economy.

However, the announcement by the electoral commission (IEBC) was met with backlash. Supporters of Raila Odinga, who according to the official count received 48.85% of the votes, staged protests in the streets. So far, the tension has been less than in the elections five years ago, when Uhuru Kenyatta’s victory over Odinga himself sparked violence and 92 people died. But the altercations registered this time have resulted in at least one death and the mobilisations could increase after Odinga announced that he is appealing the election result before the Supreme Court, considering it “illegal”.

A call to preserve peace and remain calm

Another factor that triggered initial tensions after the polls was the length of the vote count, which lasted up to six days, with minor attacks on the polling station. And this despite a fourteen-point drop in turnout compared to the 2017 elections, down to 65% of the population.

The Evangelical Alliance of Kenya (EAK) has been following the electoral process even before the campaign officially began. The organisation has been involved in different ways with the aim of “shepherding peaceful elections”, such as setting up teams of observers and offering training to the general population and to the more than 50,000 churches the Alliance represents in the country.

Now, in the aftermath of the polls, the organisation has published a document addressed to the public, the electoral commission and political leaders, in which it calls for efforts to preserve peace. Although they say that their election observers “noted several concerns” during the voting, they also point out that “most were isolated cases”. “The reports coming from our observers indicate that the elections were generally peaceful”, but Kenyans should “persist in prayer and supplication over our nation”.

Candidates and their supporters, in particular, are asked to “remain calm and peaceful”. They also demand respect for the official statements of the electoral commission and “avoid utterances that can incite or trigger emotions”. A responsible use of social media is needed, and fighting against disinformation.

In addition, the Alliance also addresses the Kenyan population as a whole “embracing
our rich heritage through respect for diversity and peaceful co-existence” because “all Kenyans belong to Kenya”, says the EAK.

“We have no other nation and we are called upon to be stewards of our homeland”, they add, with a specific call to “not participate in any form of violence”.

Message to the churches

The Evangelical Alliance of Kenya also issued a pastoral letter to its member churches. In it they acknowledge the work of “evangelical churches and communities across the country for the critical role they have played in this process”.

At the same time, they call on their members to recognise the work of the electoral commission and to maintain the connections that have developed, with several Alliance leaders assisting in the vote counting process. “During this period, we urge the church to
lead the way in upholding the dignity of women, children and the vulnerable in society”, they add.

Christians are called to “persist in prayer”, especially “for the peace that comes only from God”.

Joint statement with other religious groups

The Evangelical Alliance of Kenya has also signed a joint manifesto with leaders and representatives of other faith groups in the country, such as Muslims, Hindus, Catholics and Adventists.

In the statement, they explain how they have already held a meeting with President-elect William Ruto and are also in the process of meeting with opposition candidate Raila Odinga and former president Uhuru Kenyatta. “It is our hope and prayer that these engagements will promote justice, peace and prosperity in Kenya”, say the signatories. “We commend Ruto and Odinga for choosing the path of peace in their pronouncements”, they add.

“As Kenyans, we have committed ourselves to be guided by the rule of law, and we should not allow the electoral process to divide us”, the religious representatives stress.

The letter also refers to the lyrics of the national hymn, which at one point says: “Oh Lord of all Creation, Bless this our land and nation, Justice be our shield and defender; May we dwell in unity, peace and liberty; Plenty be found within our borders”.