Church leaders say attacks on Christian communities by Muslim herdsmen constitute a war “by Islam to eliminate Christianity” in Nigeria. 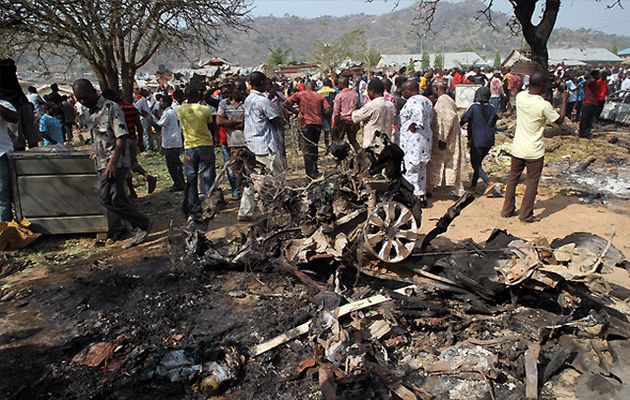 Two weeks after herdsmen attacked a nearby area in Kaduna state, the assailants attacked Golkofa village in the same state’s Jema’a Local Government Area on Saturday night, they said.

"The Christians were killed in their homes," Golkofa resident Sunday Saleh told. "Some of the victims were shot while others were cut with machetes."

Saleh said the seven Christians killed were Thomas Maimasara, 40, and Sabo Boyi, 25, both cousins of his; Bobo Okocha, 18; Monday Hamza, 24; Waje Rubutu, 17; Linus, 20; and Julius, 19. The latter five Christians were members of the Evangelical Church Winning All (ECWA) in Golkofa, he said.

Saleh said Nigerian police evacuated the corpses of Saturday’s attack at about noon on Sunday and took them to Kafanchan General Hospital. The victims were to be buried on Wednesday (Aug 17).

A WAR “BY ISLAM TO ELIMINATE CHRISTIANITY”

A faction of Boko Haram remaining faithful to former leader Abubakar Shekau reportedly released a video via a journalist on Twitter purporting to show many of the 276 girls kidnapped from a high school in Chibok, Borno state in April 2014.

In a propaganda video apparently made in part to garner funding as the main Boko Haram group continues to receive foreign financing, one of the girls speaks of their suffering from aerial bombing as she begs “my people and our parents” to urge the Nigerian government to release Boko Haram prisoners so the girls can return to their families.

Kaduna and Plateau states have been plagued by such attacks for years, with Fulani leaders making unsubstantiated claims of cattle rustling by youths among the predominantly Christian farmers as the pretext for the killings. In recent years there are signs that Islamic extremist groups are arming and/or accompanying Muslim Fulani herdsmen and inciting them in their tribal and economic conflicts with Christian farmers. The assaults on unarmed Christians have reached central-eastern states such as Taraba and Benue, as well as more southern areas.

The Rev. Dr. Sunday Ibrahim, secretary of the state chapter of the Christian Association of Nigeria (CAN), confirmed the killings in a phone interview with Morning Star News.

“These attacks on Christian communities are senseless and uncalled for,” he said. “Why carry out attacks on communities without provocation? The Nigerian government needs to stop these killings by these Muslim herdsmen.”

The chairman of the state chapter of the Miyetti Allah Cattle Breeders Association, Dr. Haruna Usman, told The Daily Trust newspaper that he was unaware of the attack but noted that herdsmen injured an area farmer on June 26, and in revenge village youths burned down a Fulani settlement.

The Rt. Rev. Timothy Yahaya, Anglican bishop of Kaduna, told that Christians have been attacked incessantly in the state.

“The attacks by the herdsmen on Christian communities are not only condemnable but must be stopped by the Nigerian government,” he said. “We are tired of these bloody attacks on Christians, not only in Kaduna state, but also in other parts of the country.”

In Jalingo, Taraba state, Catholic Bishop Charles Hammawa told ChurchMilitant.com that Islamic extremist group Boko Haram, which seeks to impose sharia (Islamic law) throughout Nigeria, has helped arm Muslim herdsmen against Christian farmers and drive them out. He called it a new strategy Boko Haram is employing after losing substantial territory in the past year.

“It appears to be a strategy to deliberately populate areas with Muslims and, by the sheer weight of superior numbers, influence political decision-making in the region,” he said.