The difficult path to peace in Colombia

The agreement between the government and the FARC is celebrated by many, but also criticised. Evangelicals have divergent views but are willing to get involved in the reconciliation process and to work for lasting peace. 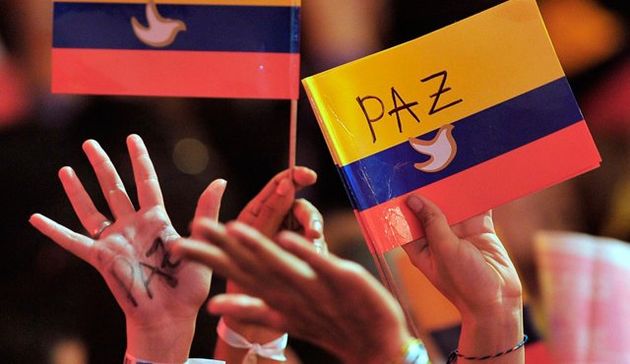 The peace agreement signed in Havana by the President of Colombia, Juan Manuel Santos, and the main guerrilla group, the FARC, puts an end to an armed conflict that has lasted over 50 years and has cost hundreds of thousands of lives.

Therefore, it is not strange to see a diversity of reactions caused by the announcememt. Despite the joy of many, who understand this step as a way to end a conflict - which, however, would remain with other guerrilla groups like the ELN - there is also some disappointment with the terms of the agreement.

This sentimental and rational polarization can be seen in politics, in the positions of President Santos and his predecessor Alvaro Uribe, the most visible opponent of the process; and it is also present in society. Lawyer and expert on the conflict Almudena Bernabeu explained it in an article for newspaper El Mundo: "The closer we come to the final signing of the peace, the Colombian society will become more polarized."

Leading the opposition is Uribe´s party, the Democratic Front, which is asking for the "No" in the upcoming referendum to be held on October 3, where the people will express their views on the agreement signed by Juan Manuel Santos.

"We are not against peace, the question cannot be whether or not we want peace, or include the word peace, that is not in question. We disagree with the contents", said Uribe, knowing that they start from a difficult position, in a country where the latest polls show that 65-70% of Colombians would support the agreement at this point. 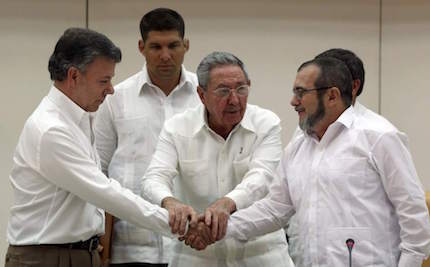 In general, evangelical Christians have expressed their joy for the progress of the peace talks. But they have also highlighted aspects of the agreements they considered worrisome.

"I feel optimistic, but also see ambiguity and challenge", explains to Protestante Digital Jeferson Rodriguez, coordinator of the Latin American Theological Fraternity in Bogotá. "It's a new beginning for Colombia, hoping to have a new time without the weapons absolutely defining everything in our country", adds Rodriguez. He organised a university congress in October to address the theme of reconciliation from a Christian perspective.

The President of the Evangelical Confederation of Colombia, Edgar Castaño Diaz, is less enthusiastic. Castaño encourages Christians to "participate" in the referendum, "accompanying the decision with prayer, study, knowledge on the subject, always looking for information that enables us to vote consciously."

In the statement released last Friday, he made it clear that "peace is characteristic of the nature of the Christian church. This should lead us to differentiate between peace and endorsing the Havana agreements. We invite you to consider this difference and vote what the Spirit inspires you to be the best decision for the welfare of our nation."

According to Michael Gowen, an expert in international politics, "things in Colombia are generally not as clear as it seems", pointing out that the path to peace will be difficult: “There are a host of tantalisingly difficult issues to resolve. Where will the demobilised fighters live? Will they all be put together in one community, a strategy which has proved disastrous in the past?"

Gowen continues, "Will ordinary people tolerate them coming to live in their communities, especially if they suspect that they have killed their friends or family members? (…) Who will receive an amnesty and who will be tried in court? How will families find out the truth about the disappearance of their loved ones?”

These are some of the questions that the Colombian society is asking these days. For Jeferson Rodriguez, evangelicals are not and cannot be oblivious to it and should take an active role, "not just with political proselytism, or being worried about having political leaders in power positions." 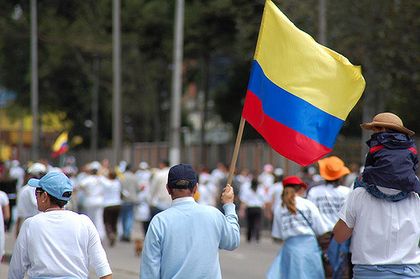 CHRISTIANS SHOULD BE AGENTS OF RECONCILIATION

Traditionally, evangelicals have been less active in social or political issues than the Catholic Church, except for some minority denominations such as the Mennonites, Lutherans or the Reformed churches.

However, the development of the peace negotiations are opening new approaches. "I was pleasantly surprised to know that the Assemblies of God in Colombia will organize a commission for reconciliation and peace issues, which will be representative before the government and the insurgency in all matters relating to the peace talks. These are important steps", said Rodríguez.

But not only social distance is an obstacle: “We - Christians- are the ones who should be setting the agenda, through prayer and selfless service”, says Gowen, “but there are a number of factors which seriously limit the effectiveness of the church in Colombia. Probably the biggest is the lack of unity which is evident in many parts of the country. I meet many Colombian Christians who long for greater unity in the body of Christ in their country; but it must be the church leaders, the pastors, the priests, the bishops who take the lead in this. Thank God that some are; but there is a long way to go.”

It is in this uncertain and difficult path, where evangelicals can be peacemakers, Rodriguez stresses that "our experiences of reconciliation in churches are experiences we can use to assist in post-conflict areas."

Among the challenges listed by Jeferson Rodriguez, would be "contributing with our presence, our knowledge, our thoughts and our local initiatives seeking peace with the ELN", which would be necessary to finish the armed conflict definitely.

Gowen warns that in these processes is easy to fall "into cynicism or despair". “How easy it is to look at the ceasefire agreement and say, ‘We’ve seen it all before. Nothing will come of it.’ Maybe. But surely we, as Christians, are called to be bearers of hope.”

Published in: Evangelical Focus - world - The difficult path to peace in Colombia