Evangelical leaders believe the norm is unfair and initiate talks with the government. The Nicaraguan Catholic Episcopal Conference supports the law and warns against “dangerous evangelicals” coming from abroad.

A demonstration against the regulation. / Maynor Valenzuela, La Prensa

On August 12th, the Nicaraguan government released a regulation called “Mechanism to facilitate the safe and organised entry and departure to Nicaragua of churches, denominations and congregations."

The norm is very restrictive with missionaries who enter the country to support Evangelical and Roman Catholic churches. Mission workers of these churches must now inform about the reasons for coming to Nicaragua, and it is up to the government to let them in or not.

The president of the Assemblies of God, Rafael Arista, believes “this regulation is affecting the life of the church.The pastoral and social work should not be hindered just because of a regulation. Our call to President Ortega is definitely to revoke this legislation.”

Pastor Mauricio Fonseca, president of the Nicaraguan Evangelical Alliance, also pointed out that they do not accept the norm: “we do not want to see the legislation reviewed, we want it repealed.”

At the end of August, about 300 missionaries from Mexico and Central America were scheduled to participate in an evangelical gathering but had to cancel their trip.

Two Roman Catholic missionaries from El Salvador were deported to their country at the border by the Nicaraguan authorities. Their aim was to teach theology to laity of the Archdiocese of Managua and the Diocese of Jinotega. 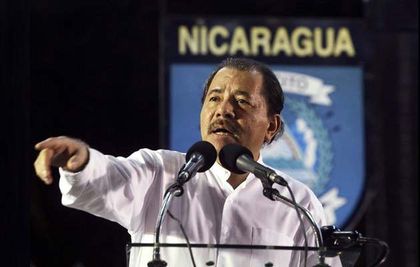 During the past three weeks, a dozen evangelical representatives have met with the government to express their dissatisfaction with the regulations and demand its repeal.

After these conversations, the regulation has changed, but there are still many things that most of the evangelical representatives do not approve. They estimate that this law affects an average of more than two hundred different religious missionaries who serve in projects in the country every month.

Aristas said in an interview that in the meetings with the government they agreed to eliminate the international procedures that missionaries had to perform in Nicaraguan consulates located abroad. "We have talked and tensions have decreased, because initially the regulations were stricter", he assessed.

The government and evangelical leaders will have another meeting on September 20. They hope the talks will continue and finally facilitate the visits of missionaries.

However, pastors lamented that, according to the government, this legislation has been approved to address the possible influence of organised crime in Nicaragua.

Mario Espinoza, president of the National Council of Nicaraguan Evangelical pastors, stated that “the Church has always been free to act and help, and Nicaragua has so far been the safest place to do so, compared to other countries in the region. But suddenly this regulation appears and we do not understand it."

"This norm is not real and we hope to reach an agreement that allows us to operate as usual", he added.

There are around 3,600 evangelical churches in Nicaragua, and 7,000 pastors working in the country.

After a meeting with the Nicaraguan government, the bishops of the Episcopal Conference of Nicaragua expressed their support to the regulation.

Although the norm also is applied to  Roman Catholic missionaries, the spokesman of the Episcopal Conference, Jorge Solórzano, explained that they “agree with the rule, because it does not affect us, with just one letter about our missionaries they will be able to enter, the other procedure was more difficult.” 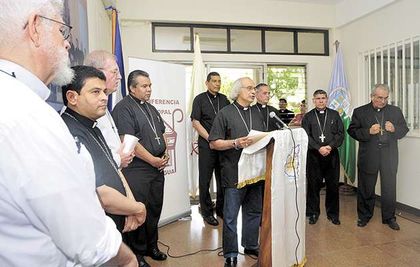 Reagarding the security reasons given by the government, the bishop pointed out that the government have told him that the issues were only related to evangelicals.

“The police gave us some examples of evangelical churches that bring Americans who pretend to be pastors, or come with NGOs and sometimes  are accused by the International Police of being child molesters”, said the bishop.

Evangelicals have warned the government that peaceful marches will be organised if the regulations restricting the entry of foreign missionaries are not cancelled.